What is the Roswell Rock? On the surface, it’s a small rock allegedly found near Roswell, New Mexico, in 2004 with a strange carving that mysteriously comes close to matching a crop circle found in England in 1996, and also has some interesting magnetic properties. Scratch the surface and … oh, wait, you can’t do that – it’s the Roswell Rock! However, you CAN speculate periodically and 2017 is one of those speculation years with a new video bringing up the old story and hinting of an explanation. Will the origin of the Roswell Rock finally and definitively be revealed? Place your wager now.

“Definitively” is the key word here since there have been a number of attempts to explain it, recreate it and, of course, link it to the famous Roswell site and aliens in general. The story of the rock begins in September 2004 with Robert Ridge, a deer hunter who claimed to have found the rock partially sticking out of the ground “near” the alleged crash site … “near” being miles away but still close enough to be categorized as being in Roswell. 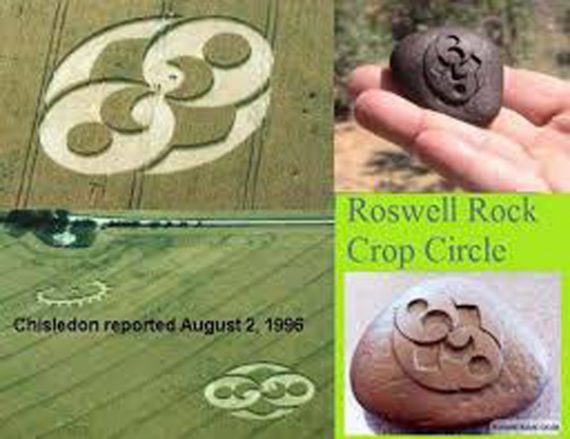 Pictures were apparently posted on an Internet message board (this was pre Twitter and Facebook) along with the added info that the rock had magnetic properties … a magnet placed nearby caused it to spin. Many saw the similarities between the rock’s carving and a crop circle that appeared at Liddington Castle, Chiseldon, Swindon, England, on August 2, 1996. This caught the attention of Coast to Coast AM which did a story on it in 2008.

It also caught the attention of stone carvers, sandblasters and polishers who attempted to duplicate the looks of the rock with good success, including the surface shine. The design was relatively easy to blast out of various rocks, making the 1996 crop circle more likely to have been made by humans (verified by some crop circle experts) than aliens (expressed by other crop circle experts). The magnetic properties suggested the original rock was a lodestone – the original natural magnet used in early compasses -- or a ferrous rock or some other Earth rock with magnetic properties.

However, what should have closed the case was the Roswell Alien Encounter Festival 98. It was reported that a vendor (possibly MLennuim (sp) Productions) was selling rocks with crop circle designs on them. The Liddington Castle vircle was well known by that time and could easily have made it onto some of the rocks, potentially even magnetic ones. Same city, same rocks, same design … those dots are fairly close.

But of course, like all things Roswell, the case was still open. In 2014, Giorgio Tsoukalos showed up with the show Ancient Aliens and actually examines the rock, talks to Ridge and goes to the location where the rock allegedly had “skipped” in order to travel so far from the original alleged UFO crash site. A CT scan proved it was a rock and had no magnet inside, but didn’t seem to address the lodestone possibility. Even though these dots seem much further apart than the Festival ’98 theory, the conclusion was “Aliens!”

It appears that the “original” Roswell Rock is still in the possession of Robert Ridge, who undoubtedly will be happy that he’s back in the news for another 15 minutes. Perhaps that’s the real power of the rock. 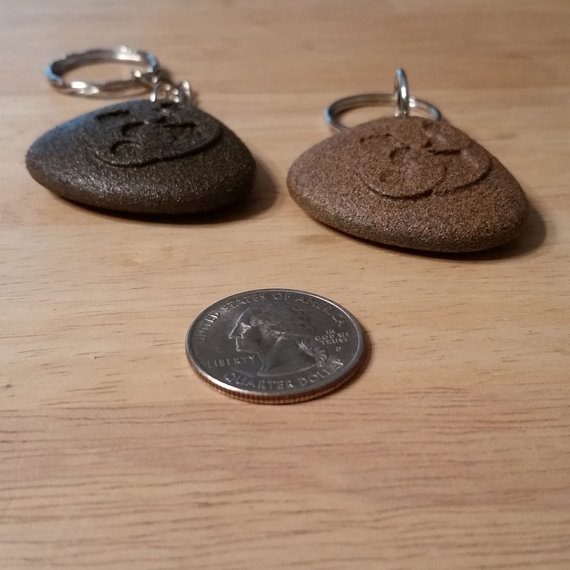 If aliens actually brought the rock to Earth in 1947 and came back again today to retrieve it, would they this time leave baseball caps as puzzling souvenirs?