The Secret of Glow-in-the-Dark Mushrooms

The music is soothing, the lights are dim and your mind is in a pleasant state. Suddenly, your friend turns to you and says:

The mushrooms are glowing.

The correct answer is: d) Your friend brought you some Neonothopanus gardneri and is about to explain to you why these mushrooms glow in the dark. That may not sound as exciting as some of the other options, but these strange glowing ‘shrooms have mystified scientists, botanists and mushroom pickers since 1840 when English botanist George Gardner saw children in Brazil carrying what looked like giant fireflies and discovered they were bioluminescent mushrooms. 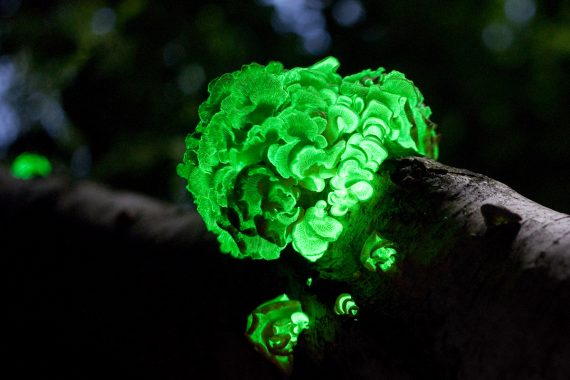 Gardner sent samples of the mushrooms back to England, proving their existence and getting the flaming fungi named for him. It’s a good thing he did because no one seemed to be able to locate them until 2009 when researcher Dennis Desjardin used digital cameras in a Brazilian rainforest to finally find them again. He told why they may have disappeared.

They glow 24 hours a day, as long as water and oxygen are available. But animals only produce this light in spurts. This tells us that the chemical that is acted upon by the enzyme in mushrooms has to be readily available and abundant.

At the time, Desjardin couldn’t determine how the mushrooms glowed or if they benefited from having this unique characteristic. The answers to those mysteries were announced this week in a study published in the journal Science Advances. 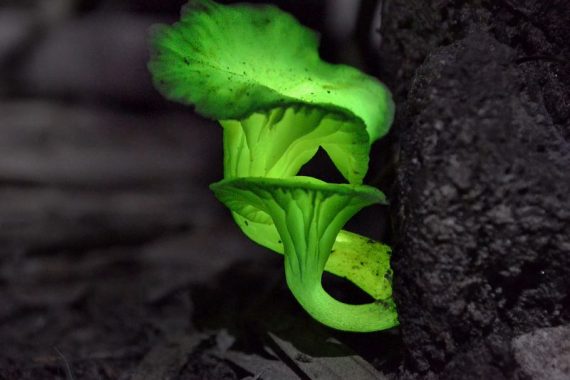 For the “why,” the researchers from Brazil, Russia and the U.S. placed fake Neonothopanus gardneri – faux mushrooms lit by LEDs – in the Brazilian Coconut Forest and waited. Like moths to a porch light, beetles, flies, ants and other insects were attracted to the light. This means that once they landed on, crawled around on or dined on the real ‘shrooms, the insects took spores with them and spread the glow.

To find out what made the glow, Zinaida M. Kaskova – study co-author and bio-organic chemist --crushed the mushrooms to look for molecules called luciferins (from the lower-case Latin “lucifer” which means “light bringer”) which are the molecules that give a firefly its glow when they mix with oxygen and an enzyme called luciferase. The chemical reaction produces oxyluciferin which releases light energy to "calm it down." Kaskova found the fungal luciferase and, after isolating it, determined that it could be manipulated to change the colors and intensities of the mushrooms’ glow. 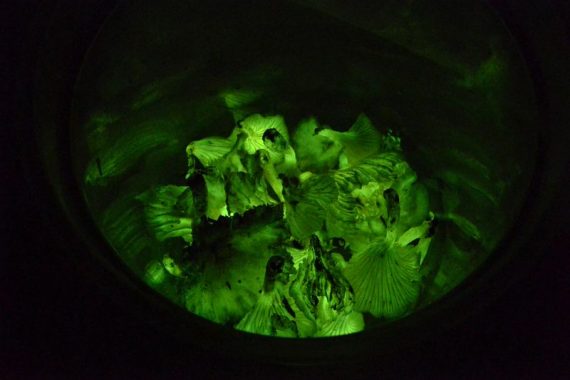 Sure, those ‘other’ mushrooms can make you see other things besides colors, but Neonothopanus gardneri are legal and safer. And, if they’re edible, they’d turn pizza into a completely new culinary experience.