Women in Black, the Chupacabra, and a “Goblin”

As a follow-up to my previous article - titled "Dead Aliens Stored In Underground Bunkers?" - I thought I would share with you a few more UFO-themed reports from my files, all of which are pretty strange and demonstrate the odd nature of the phenomenon. On the morning of February 17, 1976, Ralph was driving to work, in Lincoln, Nebraska, when, quite out of the blue, he heard a voice in his head. It warned him of a looming worldwide disaster of a viral nature – a disaster that would see the overwhelming majority of the human race wiped out. Billions would be dead in a matter of weeks. The voice identified itself as Caumuan, an emissary from a faraway world. Terrified that he was going mad, Ralph pulled over to the side of the road, in a near-panic-attack state. Two days later, the message was repeated – this time as Ralph woke up for work. What was going on? Had he, at the age of 28, suddenly developed schizophrenia? It’s unlikely, as there was no further experiences, ever. And, of course, our civilization was not exterminated as a result of a deadly alien virus. To this day, however, Ralph has his suspicions that, one day, the terrible disaster he was told about will indeed occur. Moving on... 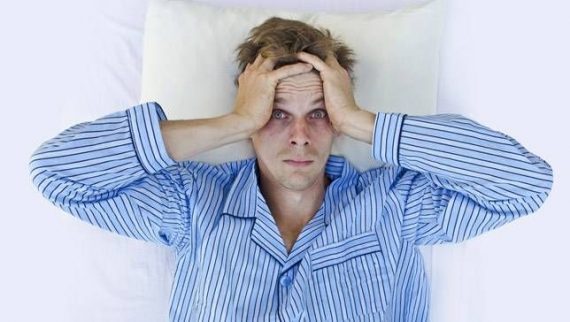 Now and again a story will surface that is so bizarre it is difficult to place it into any specific category. Dave Shaw’s experience in early 1999 is a perfect example. While walking through the woods surrounding Texas’ Lake Worth, saw what can only be described as a "little man" that raced past him at a very fast speed, and who was dressed in a yellow, one-piece outfit. "Little" is undeniably apt, as Shaw estimated that the "man" was between one-and-one-and-a-half-feet in height. The little man didn't turn back to look at Shaw; he just carried on running, vanishing into the undergrowth. Alien, sprite, goblin? There is no answer to that question.

On March 12, 2016, Daryl Collins, of Dallas, Texas told me of his strange encounter with a Woman in Black. In Collins' own words: "I met one once. I was walking across a parking lot when a WIB, driving a black car, came past me screaming something like 'You have nine years until what you were made for! You have nine more years!' This was back in June 1986, and until June 1995 I was constantly haunted by fear of whatever she was threatening. When the day came, there were impressions of smells, as if the things might have been in the house, but otherwise, nothing happened, as is typical of alien prophecies." 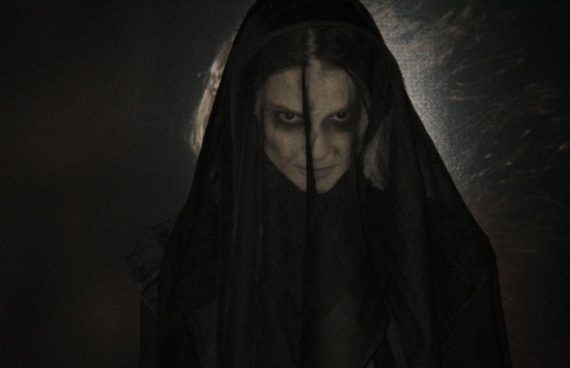 As a Puerto Rican woman named Rosario told me in a 2004 interview, on March 27, 2000 she was working in a grove near the foot of Puerto Rico's El Yunque rain-forest, where she picked plantains. Her attention was suddenly drawn to a deep, resonating hum, one that was coming from directly above her. Looking up, Rosario was startled to see a black, triangular-shaped object – about 25 to 35 feet in length - that was hovering overhead at a height estimated to be around 90 to 120 feet, and which had a glossy, shiny surface. Surprise and amazement turned to shock when a pencil-thin beam of light shot out of the base of the craft, fanned out, and enveloped Rosario in a pink glow.

For what almost seemed like an eternity, Rosario was rooted to the spot, while her mind was flooded with images of widespread nuclear destruction and environmental collapse in the Earth's near-future. The final image was of a large, bald head with huge, black eyes and that closely resembled the alien face on the cover of Whitley Strieber's 1987 best-selling book, Communion – which Rosario was inexplicably drawn to read in the immediate aftermath.

Suddenly, the light retracted and the flying triangle rose into the sky, heading slowly towards the heart of the rain-forest. Interestingly, in the wake of the encounter Rosario developed an overwhelming interest in environmental issues, and quite literally overnight – after a lifetime of eating meat – became a staunch advocate of vegetarianism. That was not all: three days later, and only a couple of hundred feet from where Rosario was working on that fateful day, two girls spotted a chupacabra of the bipedal, spiked and decidedly menacing kind. The beast spotted them, too. Evidently, however, it was a monster on a mission, since, after peering at them for a few moments it fell down on all-fours and bounded away into the heavy undergrowth. It was an event that – due to both the time-frame and the proximity – led Rosario to conclude the chupacabra was somehow linked to the UFO phenomenon.