If you’re looking for UFOs in the sky, an excellent new book by Cheryl and Linda Miller Costa called “U.F.O. Sightings Desk Reference” will point you to California, which had more sightings than any other state between 2001 and 2015. On the other hand, if you’re looking for UFOs on the ground (Unidentified Crashed Objects?), the hotspot lately seems to be Antarctica, where yet another possible crashed spaceship was spotted by a Russian ufologist using Google Earth. Does anyone use this tool to look anywhere else? 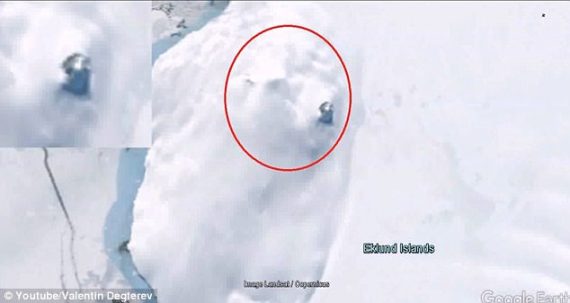 The Antarctic anomaly was located by Valentin Degteryev who pinpointed its location as 73~13’55.09″S,71~57’12.98″W. At first glance, it appears to be a triangular-shaped object on the top of a hill or mountain that was uncovered when snow began to melt or was blown away by wind. Degteryev estimates the object to be 1,900 feet (580 meters) long or, using the universal American measurement, about 6 football fields. Under magnification, the shape blurs and the object starts to look more like an exposed mountain peak and a triangular shadow, but Degteryev believes it’s a spaceship. 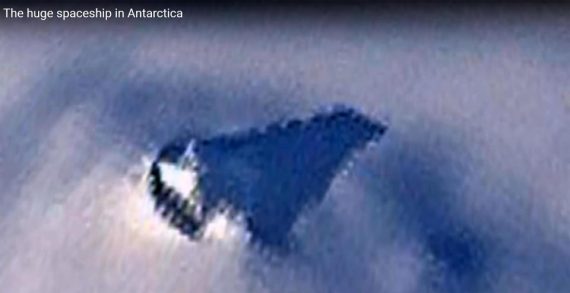 He should know. If the name “Valentin Degteryev” rings a bell, it’s because he’s used Google Earth to find other unusual UFO-looking anomalies in Antarctica, including what he claimed was a saucer stuck in the ice in 2015.

… it is the most genuine UFO in its most classic shape … I think there is very large disc-shaped flying machine among the frozen ice. 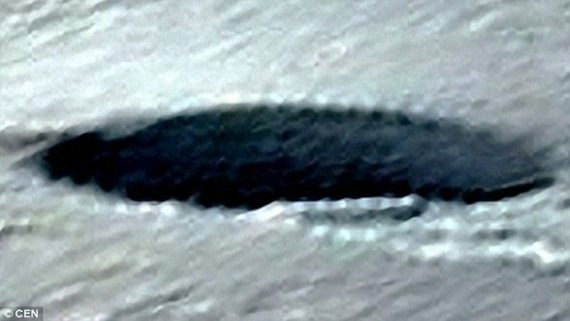 Or it’s a shadowy crevice. Without a close-up inspection, these Antarctic sightings are nearly impossible to verify. And even if that’s feasible, the windblown snow covers things up pretty quickly. Of course, that doesn’t stop Valentin from looking and making somewhat outrageous claims about what he finds, like this statement about his latest find:

Millions years ago in Antarctica the huge spaceship has crashed.

OK, Valentin, that’s quite a stretch – even if the picture were clear and there was an alien arm sticking out of a window waving a flag attached to a dinosaur bone at the Google Earth camera. Perhaps staring at all that white space looking for UFOs does this to you. That might explain the other recent theory (not from Degteryev) that another Google Earth image that looks suspiciously like an odd-shaped iceberg is actually an alien base. That’s certainly one that could be verified if it hasn’t already been towed to some unknown country in need of drinking water. 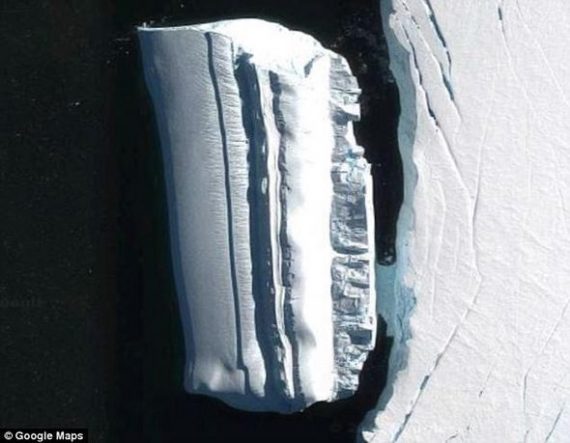 Don’t get discouraged, Valentin … keep looking. We at least get more possible spaceship images from you than we do from the government. And maybe someday you'll end up in the World UFO Sightings Desk Reference.