Microbreweries have undergone something of a renaissance lately, particularly in America. With larger craft brewing companies from the northwest like like Sierra Nevada and New Belgium opening east coast facilities in Asheville, North Carolina, and the surrounding area, the reach and diversity of higher-class brews has only continued to grow.

With the expansion and popularity of the craft brew movement, a number of unique and, at times, even daring recipes have been undertaken, which range from fruity flavors like watermelon lagers, to even more unique blends of sweet and savory like Funky Buddha's Maple Bacon Coffee Porter, the Voodoo Doughnut Chocolate Peanut Butter Banana Ale, and in keeping with the "beers you would want to drink with breakfast trend," the Founders Breakfast Stout, which has a heaping dose of caffeine in it alongside its high-gravity alcoholic content. 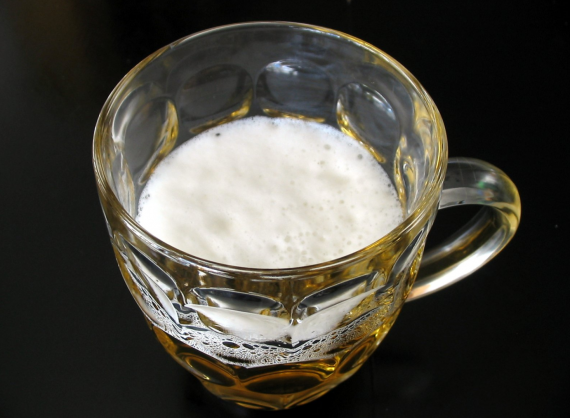 None of these flavors are particularly weird, of course (and many of them, admittedly, are quite tasty). However, there are some truly bizarre brewing trends occurring right now, the very strangest (and most distasteful) of which involves human waste in the actual production of the beer.

Appropriately named "Pisner" (with emphasis on the Pis, as if that didn't give everything away already), this peculiar variety of Pilsner beer is being brewed by Danish brewery Norrebro Bryghus. The company collected around 50,000 liters of urine from one of the largest music festivals in Northern Europe, which it used as fertilizer for some of the ingredients in the beer.

That's correct, this beer is not brewed with human urine... the stuff was merely used to fertilize the fields of malted barely which were later used in the brewing process.

According to a Reuters report, the Pisner is marketed as, "a novelty beer aimed at the more adventurous drinker." 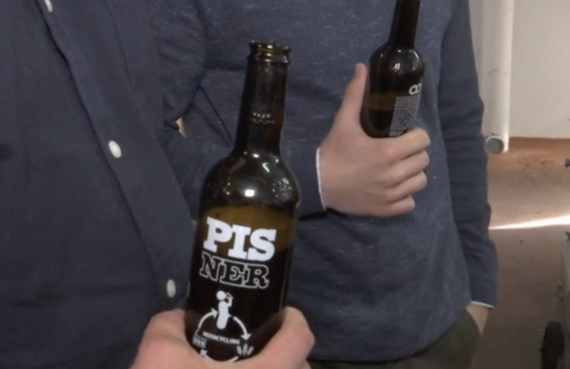 The idea has its origins, in part, with Denmark's Agriculture and Food Council, who suggested using human waste in more productive ways, which included fertilizer. Touting Pisner as "the ultimate sustainable hipster beer," the aim and objective of this batch is to institute more responsible and sustainable brewing practices, which they have termed "beercycling".

Chief Executive of brewer Henrik Vang told Reuters that, "When the news that we had started brewing the Pisner came out, a lot of people thought we were filtering the urine to put it directly in the beer and we had a good laugh about that."

It remains debatable as to whether this "Pisner" beer, its unequivocally catchy name, and the sustainable practices that brought it into existence, will strike a chord with the Hipster crowds in Europe.

Granted, a Pilsner brewed with barley fertilized by actual urine may actually taste better than some beers in production right now, since a number of the more "adventurous" recipes these days already have a flavor that is reminiscent of certain varieties of waste. ;)