This year will mark the 50th anniversary of one of the best documented UFO incidents in history, and the community of Shag Harbour applied for a government grant to fund a large celebration. Alas, the Canadian government axed their request which has left organisers scrambling.

At around 11:20 pm on October 4th, 1967, the small fishing village of Shag Harbour in Nova Scotia, Canada was awakened to a loud whistling noise followed by the sound of a crash. A dozen of witnesses saw a bright illuminated object crash into the harbour, and watched for nearly 30 minutes as a bright round shape floated upon the water's surface before it sank under the depths and vanished. Contacting the Royal Canadian Mounted Police (RCMP), the local detachment sent several officers to the location. Fearing an aeroplane crash, they contacted the Coastguard and the Navy. Local fishing boats went out into the bay to look for survivors, but nothing was ever found and no aircraft were reported missing. 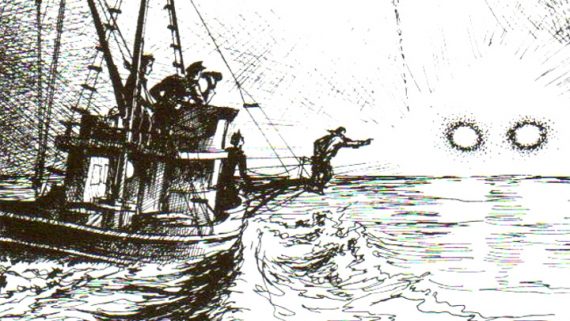 The Shag Harbour UFO Incident is one of the best documented UFO incidents in history. Investigations were conducted by the RCMP, the Canadian Navy and Air force, as well as the US led Condon Committee. A media frenzy followed the event, and the Navy even spent several days after the event combing the sea floor looking for the object. Whatever the people of Shag Harbour saw that night, it has never been identified. 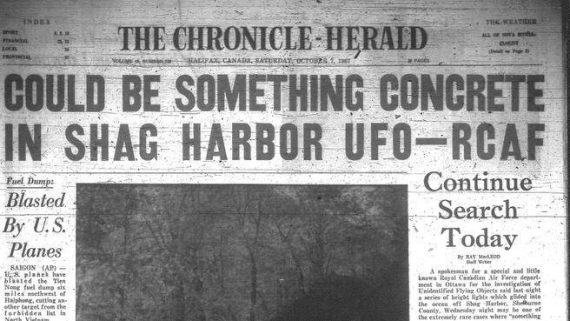 Canada is turning 150 years old this year, and to generate excitement, the Canadian government created a grant program called "Canada 150" to help fund major celebrations around the nation. The Shag Harbour Incident is celebrating its 50th anniversary, and the community wanted to do something special.

The society's vice-president, Brock Zinck, said in an interview,

We can’t get a lot of love here in Shag Harbour; they won’t even give us a [highway] sign...Maybe the government doesn’t want to know we are there.

In regards to the loss of the grant money,

We were excited...It does throw a wrench in our preparations. We had big plans to take it to the next level.

The Shag Harbour Incident Society applied for $20,000 to put on a major event, including a conference with UFO experts and speakers. Many of these speakers had to be flown in from across Canada and the from the United States. The event would have brought significant tourism to the quiet village of 500 people, and the economic benefits would have been significant.

UFO researcher and science writer Chris Rutkowski was slated as one of this year's guests. Author of several books on UFOs, his latest release, "When They Appeared" came out only two weeks ago. In an exclusive interview with Mysterious Universe, in regards to the benefits of such an event, he stated,

It would have been quite appropriate for a Canada 150 event because it is one of the best-known Canadian [UFO] cases, and one that attracts visitors to Nova Scotia. It certainly would be at least as important as a local community event involving mainstream or more traditional historical projects like museums and artwork.

The internet and its host of conspiracy theorists has taken this denial of funding as another aspect of the "truth embargo" regarding the UFO phenomenon. Perhaps the government is hiding something, and the less attention the Shag Harbour event gets, the better. Most people believe that other cultural events simply took precedence, and the Canada 150 grant committee simply had to make cuts to certain requests.

However, the UFO community in Canada has not taken this news sitting down. Podcasters and UFO enthusiasts around the nation are continuing to bring awareness to the event. Tickets are still for sale, and the society plans to host the event anyway, just on a more grassroots level. Event planners are hoping for the best, and praying for a miracle. The event is slated for September 29th to October 1st 2017, with a celebration party on October 4th.