In my recent article, "UFO: From New Mexico to Rendlesham Forest?" I highlighted certain now-declassified New Mexico Police files on cattle-mutilations. Specifically those prepared by Office Gabe Valdez, of Espanola, NM, in the mid-to-late 1970s. It's well worth noting too, however, the sheer level of high-strangeness that appears in additional papers concerning Valdez's investigations into the mysterious killings. So, here goes...

On the matter of whether or not the mutilations were the work of cults or natural predators, Valdez said in one particular 1970s report: "Both have been ruled out due to expertise and preciseness and the cost involved to conduct such a sophisticated and secretive operation. It should also be noted that during the spring of 1974 when a tremendous amount of cattle were lost due to heavy snowfalls, the carcasses had been eaten by predators. These carcasses did not resemble the carcasses of the mutilated cows. Investigation has narrowed down to these theories which involve (1) Experimental use of Vitamin B12 and (2) The testing of the lymph node system. During this investigation an intensive study has been made of (3) What is involved in germ warfare testing, and the possible correlation of these 3 factors (germ warfare testing, use of Vitamin B12, testing of the lymph node system)."

A further, very strange, report can be found in Valdez's files, this time from 1978: "This four year old cross Hereford and Black Angus native cow was found lying on left side with rectum, sex organs, tongue, and ears removed. Pinkish blood from [illegible] was visible, and after two days the blood still had not coagulated. Left front and left rear leg were pulled out of their sockets apparently from the weight of the cow which indicates that it was lifted and dropped back to the ground. The ground around and under the cow was soft and showed indentations where the cow had been dropped. 600 yards away from the cow were the 4-inch circular indentations similar to the ones found at the Manuel Gomez ranch on 4-24-78. This cow had been dead approximately [illegible] hours and was too decomposed to extract samples. This is the first in a series of mutilations in which the cows' legs are broken. Previously the animals had been lifted from the brisket with a strap. These mutilated animals all dehydrate rapidly (in one or two days)." 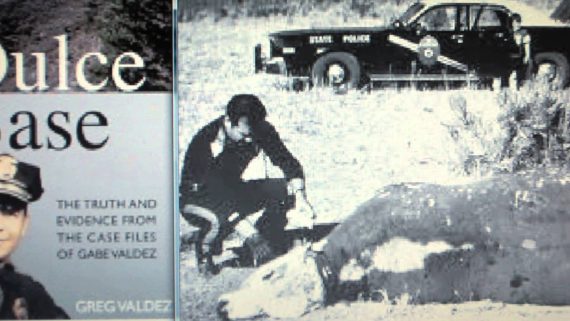 As the summer of 1978 progressed, so did the number of reports where elevated radiation readings were found, as Valdez noted in his records: "It is believed that this type of radiation is not harmful to humans, although approximately 7 people who visited the mutilation site complained of nausea and headaches. However, this writer has had no such symptoms after checking approximately 11 mutilations in the past 4 months. Identical mutilations have been taking place all over the Southwest. It is strange that no eye witnesses have come forward or that no accidents [have] occurred. One has to admit that whoever is responsible for the mutilations is very well organized with boundless financing and secrecy. Writer is presently getting equipment through the efforts of Mr. Howard Burgess, Albuquerque, N.M. to detect substances on the cattle which might mark them and be picked up by infra-red rays but not visible to the naked eye."

A lengthy document, prepared by Forrest S. Putman, the FBI’s Special-Agent-in-Charge at Albuquerque, New Mexico was soon thereafter sent to the FBI’s headquarters in Washington, D.C. It read: "Information furnished to this office by Officer Valdez indicates that the animals are being shot with some type of paralyzing drug and the blood is being drawn from the animal after an injection of an anti-coagulant. It appears that in some instances the cattle’s legs have been broken and helicopters without any identifying numbers have reportedly been seen in the vicinity of these mutilations. Officer Valdez theorizes that clamps are being placed on the cow’s legs and they are being lifted by helicopter to some remote area where the mutilations are taking place and then the animal is returned to its original pasture. The mutilations primarily consist of removal of the tongue, the lymph gland, lower lip and the sexual organs of the animal.

"Much mystery has surrounded these mutilations, but according to witnesses they give the appearance of being very professionally done with a surgical instrument, and according to Valdez, as the years progress, each surgical procedure appears to be more professional. Officer Valdez has advised that in no instance, to his knowledge, are these carcasses ever attacked by predator or scavenger animals, although there are tracks which would indicate that coyotes have been circling the carcass from a distance. Special Agent Putman then informed the Director of the outcome of Valdez’s run-ins with officials.

"He also advised that he has requested Los Alamos Scientific Laboratory to conduct investigation for him but until just recently has always been advised that the mutilations were done by predatory animals. Officer Valdez stated that just recently he has been told by two assistants at Los Alamos Scientific Laboratory that they were able to determine the type of tranquilizer and blood anti-coagulant that have been utilized."

Special Agent Putman then demonstrated to headquarters the astonishing scale of the mutilation puzzle: "Officer Valdez stated that Colorado probably has the most mutilations occurring within their State and that over the past four years approximately 30 have occurred in New Mexico. He stated that of these 330, 15 have occurred on Indian Reservations but he did know that many mutilations have gone unreported which have occurred on the Indian reservations because the Indians, particularly in the Pueblos, are extremely superstitious and will not even allow officers in to investigate in some instances. Officer Valdez stated since the outset of these mutilations there have been an estimated 8,000 animals mutilated which would place the loss at approximately $1,000,000." 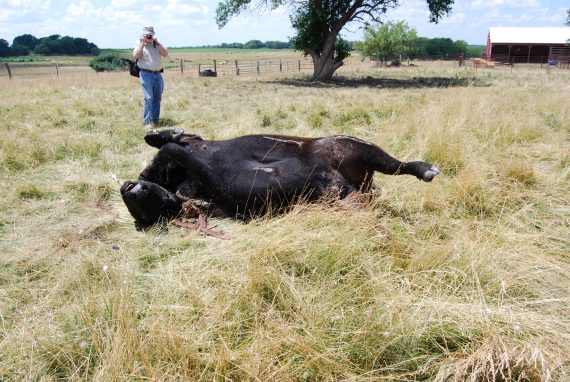 Putman additionally advised the director of the FBI that: "It is obvious if mutilations are to be solved there is a need for a coordinated effort so that all material available can be gathered and analyzed and further efforts synchronized. Whether the FBI should assume this role is a matter to be decided. If we are merely to investigate and direct our efforts toward the 15 mutilated cattle on the Indian reservation we, I believe, will be in the same position as the other law enforcement agencies at this time and would be seeking to achieve an almost impossible task.

"It is my belief that if we are to participate in any manner that we should do so fully, although this office and the USA’s office are at a loss to determine what statute our investigative jurisdiction would be in this matter. If we are to act solely as a coordinator or in any other official capacity the sooner we can place this information in the computer bank, the better off we would be and in this regard it would be my recommendation that an expert in the computer field at the Bureau travel to Albuquerque in the very near future so that we can determine what type of information will be needed so that when the invitation for the April conference is submitted from Senator Schmitt’s Office that the surrounding States will be aware of the information that is needed to place in the computer. It should be noted that Senator Schmitt’s Office is coordinating the April conference and will submit the appropriate invitations and with the cooperation of the USA, Mr. Thompson will chair this conference. The FBI will act only as a participant.”

Putman went on to describe the theories that had been advanced to try and explain the phenomenon: "Since this has not been investigated by the FBI in any manner we have no theories whatsoever as to why or what is responsible for these cattle mutilations. Officer Gabe Valdez is very adamant in his opinion that these mutilations are the work of the U. S. Government and that it is some clandestine operation either by the CIA or the Department of Energy and in all probability is connected with some type of research into biological warfare. His main reason for these beliefs is that he feels that he was given the ‘run around’ by Los Alamos Scientific Laboratory and they are attempting to cover up this situation. There are also theories that these are cults (religious) of some type of Indian rituals resulting in these mutilations and the wildest theory advanced is that they have some connection with unidentified flying objects." 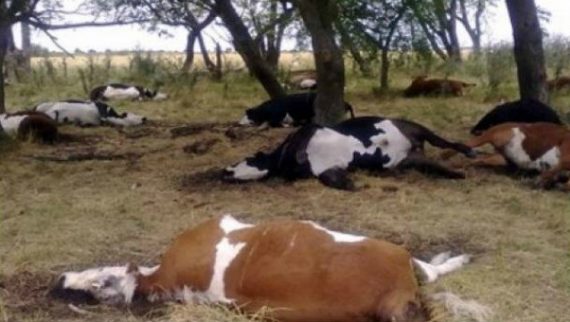 In the closing section of his report, Putman said: "If we are to assume an investigative posture into this area, the matter of manpower, of course, becomes a consideration and I am unable to determine at this time the amount of manpower that would be needed to give this our full attention so that a rapid conclusion could be reached. The Bureau is requested to furnish its comments and guidance on this whole situation including, if desired, the Legal Counsel’s assessment of jurisdictional question. An early response would be needed, however, so that we might properly, if requested to do so, obtain the data bank information. If it appears that we are going to become involved in this matter, it is obvious that there would be a large amount of correspondence necessary and Albuquerque would suggest a code name be established of BOVMUT."

The ultimate outcome was that in 1980, a funded study overseen by a then-retired FBI Special Agent, Kenneth M. Rommel, concluded that, "A perusal of this report reflect it adds nothing new in regard to potential investigation by the Albuquerque FBI of alleged mutilations on Indian lands in New Mexico."

And that is where matters continue to stand. The FBI was - and still is - officially out of the cattle-mutilation issue. Gabe Valdez, however, continued with his research - right up until the time of his death in 2011.