If farm animals are turning up dead, dismembered and drained of their blood, and the location is somewhere in Central America, it can mean only one thing – get your license renewed because it’s chupacabra season. Residents of the Monterrey village of Choloma in northwest Honduras have reported finding at least 35 mysteriously slaughtered farm animals so far – a large number in a short period of time – and one young boy claims to have witnessed one of the killings.

He said that he only looked at a shadow that formed in two and pounced on the goats, but that he could do nothing else, because he was paralyzed with fear. 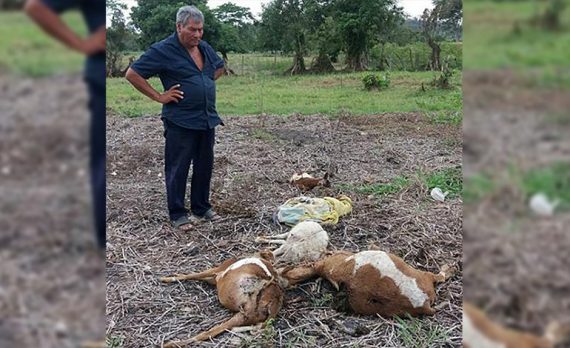 La Tribuna reports that Nely David Martinez claims he heard a noise in a pasture at 12:45am on May 5. He said he got to the sheep in time to observe a shadow surround them, the goats fall to the ground dead and the shadow just as suddenly dissolve away. A ‘shadow’ isn’t much of an identification, but a neighbor claimed it had to be a chupacabra because the killing occurred at night and chupacabra only attack at night. That’s not much to go on either. However, the locals are understandably on edge because another farmer in the Choloma area lost 30 sheep, a horse and three dogs just three weeks before.

What ever it is, Omar Martinez, uncle of Nely David Martinez, is worried about more than just the animals. (Google translation)

The fear of us is that I do that against a child or someone who walks at night; Can be a person ingested of alcoholic drinks that falls asleep in the street.

Sounds like life is tough in Choloma even without the chupacabra.

And it’s not just Choloma and northern Honduras suffering from recent attacks that resemble the mythical blood-draining killings of the chupacabra. La Tribuna reported in early April that at least 30 cows were mysteriously killed in less than a month in a cluster of five villages in southern Honduras. Nunez Colindres was one farmer who lost animals.

The strange animal, which has frightened farmers in the southern area of Francisco Morazán and north of Choluteca, only "sucks" the blood and eats the heart to its victims.

He reported finding a dead calf with a deep hole in its neck that had its heart and anus eaten away and its blood drained. In one of the other villages (Las Agujas de Catacamas, Olancho), witnesses claimed to have seen a “white and ugly animal” prowling the pastures just coming across a dead bull with its eyes and tongue ripped out and, of course, no blood. 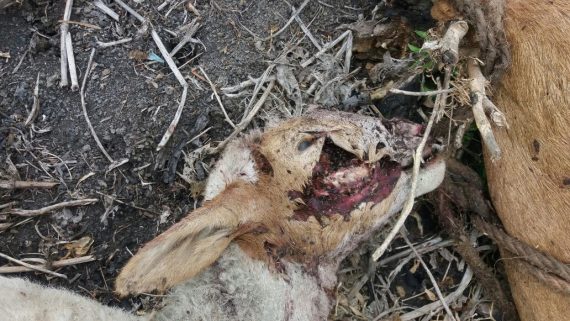 Not surprisingly, farmers are spending all of their time with their animals. Whatever is doing the killings, the total was high enough in the south that a number of local police departments investigated and increased patrols. That will likely be the case in Choloma if the killings continue there. The loss of so many animals has a severe economic impact on these small farms and villages. That’s the kind of terror that makes the imagination run wild and the chupacabra becomes the blame for many problems that the government is doing nothing about.

It’s enough to drive a poor farmer to drink. Fortunately, they have good reasons to stay sober -- the safety of their flocks and families and the fear that chupacabra allegedly have a special fondness for …

… a person ingested of alcoholic drinks that falls asleep in the street .