Each year, dozens of unusual or otherwise unsolved homicides are reported in the United States. While many are eventually resolved, and those responsible for the killings are brought to justice, the stories behind others remain more elusive, and at times even questionable.

On July 10, 2016, a young staffer with the Democratic National Committee named Seth Rich was shot and killed late in the evening near his home in Washington DC, during what is believed to have been an attempted robbery. It was reported at the time that no personal possessions appeared to have been taken from Rich, and hence that the robbery attempt presumably failed, resulting only in the tragic death of the young man.

However, recent reports have begun to arouse further questions about the incident, which involve as-yet unproven claims by a private investigator, who believes there is evidence of communication between Rich and the controversial whistleblower organization Wikileaks.

For several months already, there had been a number of rumors about the circumstances surrounding Rich's death. This was particularly evident after Wikileaks founder Julian Assange publicly stated his organization was willing to offer a reward, totaling several thousands of dollars, in exchange for information that would help determine who killed the DNC staffer. 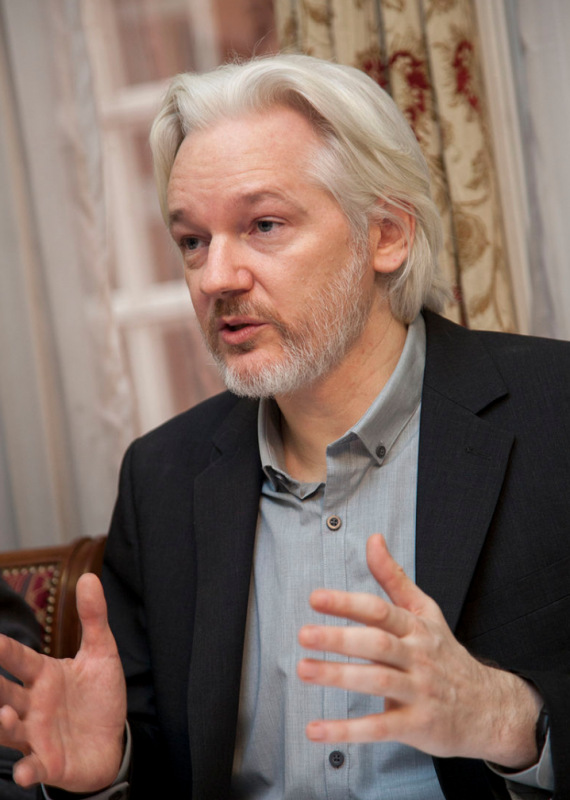 Naturally, this was taken to be evidence supporting Rich's involvement with the subsequent release of a trove of emails by Wikileaks, which helped to paint Democratic candidate Hillary Clinton in a bad light, and led to the eventual firing of Debbie Wasserman Shultz. (As a brief aside, among the more unusual things that turned up in some of the leaks, centering around Clinton campaign manager John Podesta, had been his apparent involvement in meetings with Tom DeLonge, the former Blink 182 frontman who purportedly brought a high-ranking associate of his from the US Air Force to meet Podesta; this was believed to have been Major General William N. McCasland).

Putting the fallout and potential damage incurred from the email leaks aside, of greater concern was who, precisely, the source had been. Presently, investigations as to whether Russia had in some way colluded with Republican candidate Donald Trump are still underway, amidst questions as to whether Russia might also have aided Wikileaks in the release of the emails by hacking into DNC computers; it is a scenario which intelligence officials in the U.S. suggest as being likely.

However, the controversy involving Seth Rich and his unusual death took an unexpected turn with recent claims made by Fox News, who reported recently that a forensic report, obtained by the FBI and generated within 96 hours of Rich’s death on July 10, 2016, allegedly “showed he made contact with Wikileaks through Gavin MacFadyen,” who had previously been a director of Wikileaks living in London.

According to the Fox News report, the unnamed federal source said:

I have seen and read the emails between Seth Rich and WikiLeaks,” the federal investigator told Fox News, confirming the MacFadyen connection. He said the emails are in possession of the FBI, while the stalled case is in the hands of the Washington Police Department.

According to the report, the statement by the federal source was consistent with the findings of Rod Wheeler, a now retired Washington homicide detective, “whose private investigation firm was hired by a third party on behalf of Rich’s family to probe the case.”

This is devastating to the family... They have confidence in the police investigation and believe that every single one of these fake news stories actually harms the ability of the police department to get to the bottom of what actually happened.

So where does this leave us?

Things are muddied by these assurances from private detectives and mysterious federal agents, who confide to Fox News that there is evidence--which they claim to have seen--showing that Rich had, in fact sent emails to someone associated with Wikileaks. Further complicating things is the fact that Gavin MacFadyen, Rich's alleged contact with the Wikileaks organization (MacFadyen is described as an "early supporter" of the organization), died of lung cancer in London last October, just months after Rich's own death. Hence, with both of the key players in the alleged mystery deceased, coming to further conclusions has proven difficult, amidst the silence of the Wikileaks organization (more on that in a moment).

Hence, obviously we see at least two different narratives, each with support of one of the major political ideologies in America. One holds that Seth Rich had been the source of the DNC information obtained by Wikileaks, and further, that his murder could somehow be connected with it. Amidst the unbridled mill of rumors and speculation, theories abound which propose some kind of a secret Russian operation, or even the Democratic party itself, as potential actors in this affair.

The other scenario is far simpler: Seth Rich was killed as a result of a random criminal act, having been at the wrong place at the wrong time. Finding no plausible connections between Rich and Wikileaks, intelligence agents believe that there is evidence which supports Russian ties to the leaks instead.

While presumably Julian Assange is aware of the origin and manner in which the DNC emails were obtained, his organization will not reveal its sources, and thus, no additional confirmation of Russian involvement has been made evident, apart from those obtained through official channels (i.e. U.S. intelligence agencies).

In the end, it is evident that amidst the facts dispersed through the narratives outlined above, two very different interpretations have emerged, which divide liberals and conservatives in the United States (as if they needed further division). Additionally, if anyone knows the real story here, it's Julian Assange... and as per usual, he's not talking.

Sometimes, it really does seem difficult to separate the "real facts" from the fake news.

Update: The story of Seth Rich's death being revisited in the news, an additional report prior to publication of this article has clarified, according to Newsweek, that the FBI is not probing Seth Rich's murder, despite claims to the contrary made by WikiLeaks.