When I came to know about it, I thought it’s a lie. But I was shocked to see the goat with a single eye.

That accidental poem came from someone who went to a goat farm in Assam, India, to see a one-eyed kid born on May 10th that is still alive and bleating as of this writing. Mukhuri Das, the proud owner of the so-called Cyclops goat, is already counting his rupees.

The unnamed goat also has only one ear, but there’s no mythical one-eared creature like a Cyclops, so it’s not getting as much publicity as the eye. The veterinarian who examined the goat diagnosed it with cyclopia – the aptly named birth defect caused when the two hemispheres of the brain don’t separate. The results are a single cavity with one eye (or worse, two fused eyes), no eyelid (there goes blinking), no nose (there goes smelling) and a small jaw with small lips and no teeth.

The vet didn’t expect the Cyclops goat to live, but Mukhuri may ask for his money back because the kid is still kicking and, according to some reports, attracting the usual crowds that believe it’s a miracle or a god or a message or a warning. The last could be the case, since the birth defect can be caused by the mother eating toxins.

While the Cyclops goat is certainly the most interesting, this has been a month of strange animal births. A farmer in the village of Gamajeeba in the Kakheti Region in western Georgia found a piglet born with two heads. He apparently didn’t see any marketing potential for the two-headed pig and figured one of them would eventually stop working, but that wasn’t the case according to the report. 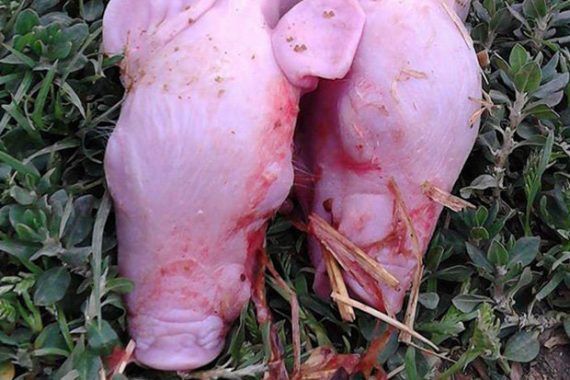 A rancher in Beulah, North Dakota found a Black Angus calf born with two extra legs hanging from its neck, a condition known as polymelia. And a little over a month ago in Ashbourne, England, a sheep framer found a lamb with five legs that his daughter named Forrest after Forrest Gump, the fast-running movie character. Forrest’s fifth leg doesn’t appear to work, but the rest, like the lamb, are alive and kicking. 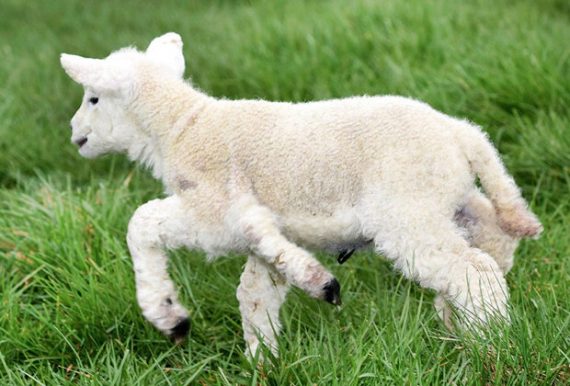 I know, I know ... raise enough farm animals and you’re going to see plenty of mutations. Maybe that’s the point that can be seen with even one eye … are we raising too many farm animals?

“But A Flying Dragon! Augh!”