Evil Ghosts and a Haunted Jail in Georgia

A lot of ghostly phenomena is, although frightening to the witness, more often than not actually rather harmless. Objects moving, lights flickering, bumps and noises, and even faint apparitions, all of this is for the most part fairly innocuous. However, at times there are alleged spirits or entities that are decidedly more vicious, and one of these can be supposedly be found residing in an old abandoned jail in the U.S. state of Georgia, a building which itself has garnered a reputation as being ground zero for a wide range of high strangeness.

One of the most haunted places in all of Georgia, and indeed the entire United States, is said to be the old Chatham County Jail in Savannah, located on the corner of Oglethorpe Avenue and Montgomery Street. The jail spent decades housing up to 300 hundred inmates at a time, and was even said to have its share of hangings during this time, up until 1989, when it was shut down and became a storage area for city archives, eventually being abandoned altogether in 2006 and going on to be made into an annual haunted house for Halloween operated as a fundraiser for the Chatham County Youth Commission and the Wounded Warrior Project. This is perhaps fitting, as although the inmates might be gone now, there are said to be some that still linger in one form or another.

Reported paranormal activity began to be reported from the jail shortly after the inmates were moved and the building repurposed. Employees at the archives were persistently terrorized by disembodied footsteps or voices, as well as phantom shouting, banging on the walls, and the elevator doors opening and closing by themselves. More violent activity was often reported as well, such as unseen hands pushing, shoving, or hitting people when no one else was there. These sorts of unexplained occurrences have continued right up to the present, with visitors reporting similar anomalous happenings and a thick, pervasive cloud of dread that seems to hang over everything here. One haunted house worker even claimed that a 150 pound metal plate was forcefully hurled across a room by an unknown force, which was supposedly witnessed by several visitors. One Maj. Russell Smith from the Chatham County Sheriff’s Office said of the place:

I worked here in ‘89 and ‘90, and it was kind of a weird place back then. I worked the midnight shift, and it was dark and kind of echoing. You would hear a door slam or hear some footprints in the stairwell, but there would be nobody there. It’s definitely weird here. I guess your mind kind of plays tricks on you.

In addition to the various ghostly phenomena at the old jail there are actual individual entities that have accrued a rather sinister reputation, and one of these is widely regarded as being one of the most violent ghosts there is. The apparition is said to be the spirit of a one-time inmate by the name of Carl Isaacs, who had quite the violent past. Isaacs had already been imprisoned once in Maryland, and in 1973 had escaped with two others. The group of cons then headed towards Florida in a stolen car, after which they ran out of gas in a rural area of Georgia and decided to steal that too. 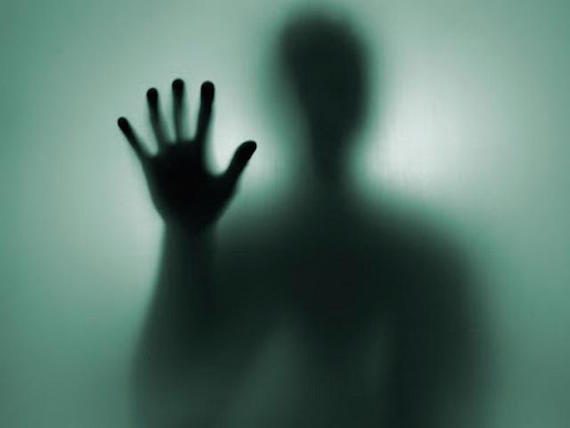 While they were at it, a mobile home nearby caught Isaacs’ attention and he decided to rob the family there, called the Aldays. Things would get a bit out of hand, and rather than just a simple robbery turned into a massacre in which all 5 of the family men were shot dead, and Mary Alday was brutally gang raped, killed, and unceremoniously dumped in the woods. The grisly murders would shock the nation at the time, and Isaacs was sentenced to death. As he tried to fight the courts with appeals he was imprisoned at Chatham County Jail for decades before finally being put to death by lethal injection in May of 2003.

It is perhaps no surprise that Isaacs’ old cell is considered to by far the most intensely haunted part of the jail, and it seems that this spirit means business. If one is lucky, they will merely be accosted by a purportedly incredibly oppressive wave of malevolence and dread that is said to be absolutely staggering. Even outside of the cell itself visitors report that the tendrils of this intense sinister energy can be felt reaching out, and it is said to be almost like a palpable sense of total vehemence and hatred. If one is less lucky they may be pushed, clawed, punched, bitten, or have their hair pulled by the unseen entity, and it seems that these attacks rarely stop unless the victim can get out of the cell. Indeed, so evil and malicious is this entity and the dread it exudes that even hardened paranormal investigators are terrified of the cell. 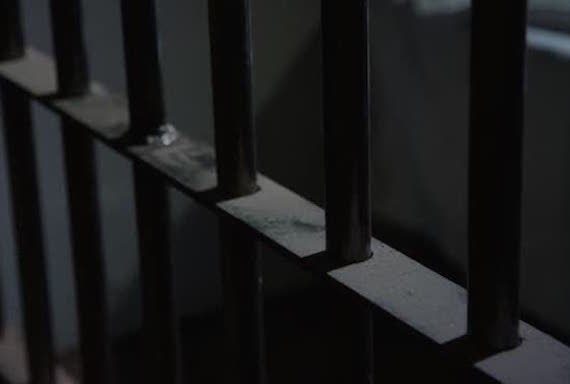 The Chatham County jail has become a haven for various paranormal investigators, who claim that the building has some of the most active EVP (Electronic Voice Phenomena) and other readings they have ever seen. One such investigator, a Ryan Dunn of the Savannah Ghost Research Society, has taken a team there overnight and claims that it is by far one of the most haunted places in Georgia. During their stay they recorded numerous audio recordings, with over 50 anomalous audio recordings made, with disembodied voices saying their names, telling the team to go away, one voice saying “Look at me,” and another saying “Bleep! Hey, where you guys at? Was that an alarm?”, as well as images and thermal imaging of a shadowy figure crouching and skulking about the corridors and cells, and Dunn would say of the spooky investigation:

We came in with a lot of equipment and pretty much investigated the place. We caught a lot with audio. We did capture a couple with thermal imaging and thermal cameras. We caught on a thermal camera this shadow figure that was walking back and forth in the halls and Corey actually got a photo of it on thermal so we even saw it come into one of the cells, crouch down, stand up and walk right back out. So that was a little unsettling.

I would say it’s the most haunted place in Savannah. It’s kind of hard to judge. But as far as hard core evidence that we brought back from the investigations, we caught more audio files here than anything we’ve ever caught so I’d definitely say it’s a haunted place. In a prison, I was expecting to get a few things but not all this. This was successful. …The shadow figure on thermal imaging (surprised me). It was walking back in forth in the hallway, and we could see the shadow. This was successful. If people don’t believe, I definitely recommend coming out and at least experiencing it.

Considering the seething negative energy that must have amassed here during its days as a prison, the hangings that were said to have occurred here, and the notoriety of its most famous inmate, perhaps this has imbued this place with some unknown force. Is it possible that this sort of energy can imprint itself onto a location to produce these phenomena, or is this all just the mind playing tricks? Is any of the supposed evidence gathered by paranormal investigators at the jail compelling, or can it all be explained away? It is hard to say, but one thing that is certain is that Chatham County Jail maintains its reputation as being an incredibly haunted place, and as holding perhaps one of the most malignant ghosts around.

‘The Mothman of Point Pleasant’ Reviewed