Since the 1980s, sightings of large, triangular-shaped UFOs have been reported throughout the world. They are usually described as being black in color, making a low humming noise, and very often with rounded - rather than angled - corners. The sheer proliferation of such reports has led some ufological commentators to strongly suspect that the Flying Triangles (as they have come to be known) are prime examples of still-classified aircraft, the development of which was secretly begun in the 1980s by elements of the U.S. Department of Defense. Others take the view that the FTs have extraterrestrial origins.

In March 1993 a series of Flying Triangle encounters occurred in British airspace that went on to have a profound effect on high-ranking sources within both the Royal Air Force and the Ministry of Defense. More importantly, it was that single wave of encounters that ultimately led the Ministry of Defense to liaise with their American counterparts to try and determine, once and for all, what the FTs really are. The story comes from one of those at the forefront of the study into the aforementioned sightings: Nick Pope, who, for three years (1991-1994), investigated UFO incidents for the Ministry of Defense. 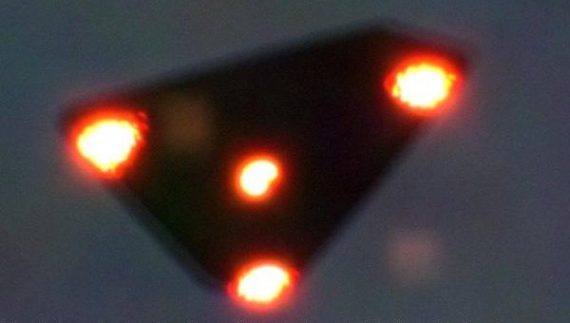 While much has been written about the March 1993 cases (which some researchers believe were evidence of a real, unidentified phenomenon and others conclude was nothing more than a storm in a teacup), far less has been written about the U.S.-U.K. liaisons on the issues concerning the FTs. In the wake of the March 1993 FT wave, Nick Pope told me: “We decided that we couldn’t ignore the various rumors that were doing the rounds about a supposed Top Secret aircraft developed by the U.S. Government and called Aurora - or, indeed, any hypersonic and/or prototype aircraft operated by the Americans.

“There had been persistent rumors in the aviation world and among the UFO lobby that the SR71 Blackbird had been replaced by a hypersonic aircraft code-named Aurora and that that was what the Flying Triangles really were. I was well aware that there had been some interesting stories about visual and radar sightings around certain air bases; however, I hadn’t put much store in these rumors – not least because there had been some very definitive denials from the Americans. 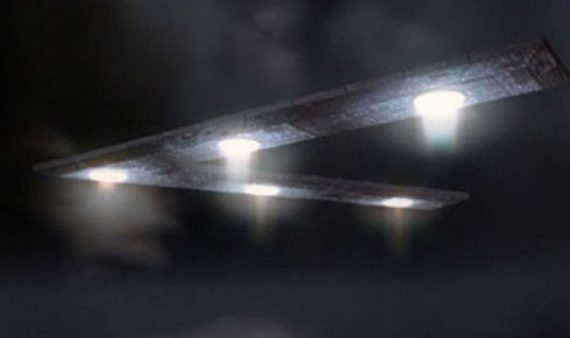 “I know there’s a lot of cynicism about government and the military. And although officialdom may refuse to answer a question and may sometimes give a misleading answer, outright lying is incredibly rare. And when it does occur, if it’s uncovered it almost certainly leads to resignation. But with the March 1993 sightings – and in spite of the denials from the Americans that they were responsible for the Flying Triangles – we did contact them to make inquiries. This was because they have the responsibility pertaining to the U.S. presence in Britain. Those inquiries bore absolutely no fruit at all. The Americans said: ‘No. We can shed no light at all on the UFO sightings that have led to your inquiry.’”

Pope was able to disclose, however, that the liaison with the Americans was not without its moment of intrigue. “If anything,” he explained to me, “there was an interesting little hint that the Americans, too, were seeing these Flying Triangles over their territory. As we were making our inquiries, they turned the question around and wanted to know if our Royal Air Force had a triangular-shaped, hypersonic prototype aircraft of some sort. So, presumably, the Americans were having Flying Triangle sightings, too.

“But this was interesting, in light of the fact that the Americans supposedly got out of UFO investigations back in 1969 when the Air Force’s Project Blue Book closed down. Of course, you may not officially be in the UFO game, but you are certainly going to be aware of – and take an interest in – reports of structured craft in your airspace. So, essentially, we drew blanks with the Americans.” 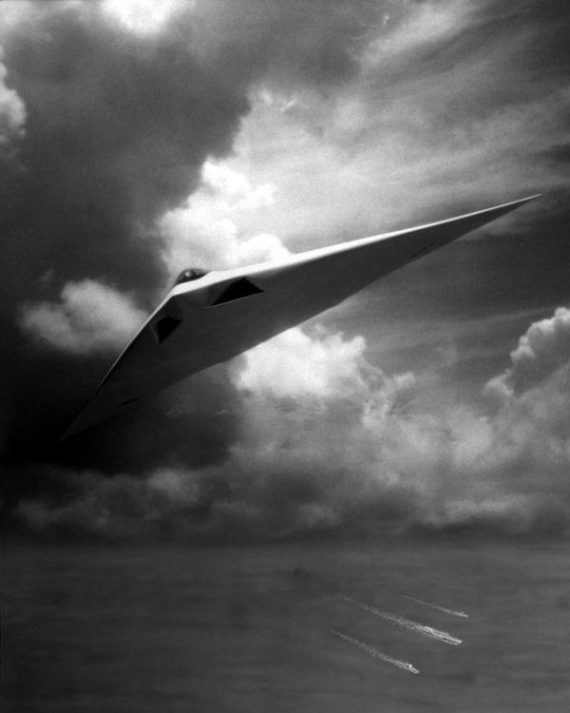 Pope adds: “Bearing in mind that the Americans had inquired – at an official level, no less – if the British Royal Air Force had in its employ something broadly fitting the description of a Flying Triangle, and we had said ‘No,’ I still felt obliged to address the issue of whether or not the rumors about secret aircraft being flown by us were true. First, from my own knowledge of prototype aircraft, unmanned aerial vehicles and so on, the Triangles don’t fit into the typical pattern, and I’ll explain why. Where we do have such pieces of kit, they’re not tested over the heads of ‘Joe Public;’ they’re tested in a small number of clearly defined ranges and danger areas – mostly out at sea such as the Aberporth Range in Cardigan Bay.”

Pope also states on this highly-controversial matter: “You simply do not fly a prototype craft over a military base or wherever, and run the risk that someone will either (a) scramble a [Tornado] F-3 [aircraft] to try and intercept it; or (b) take a photograph of it which will end up on the front page of The Sun or Jane’s Defense Weekly. It’s simply not the way that things are done. We checked domestically anything that might have been flying. But if we’d have been poking our noses into something that didn’t concern us, the investigation would have been quietly switched off. In fact, the opposite happened. We were making big waves throughout the Royal Air Force, the Ministry of Defense and at an international level."

Pope's final word on the matter to me: "So, the domestic secret aircraft theory is interesting but it doesn’t hold water.”

The Creepy Case of the Catman of Scotland