Who is Australia’s Fox Mulder? Or in this case, who is Australia’s John Podesta? Social Services Minister Christian Porter -- whose department is responsible for Australian government social services like mental health, families and children's policy and support for careers for seniors and people with disabilities – wants to know why almost $6000 AUD (over $4400 US) of his department’s funds are going to a UFO Group. Are they all over 60?

The minister’s office has been advised that this group was previously funded under the Labor government in 2013 and that some of this grant goes to the transport costs of volunteers with a disability. However, the minister is somewhat surprised at the nature of this particular volunteer­ group being funded through this grant program and he has instructed his department to hold the transmission of funds pending a re-examination of the application.

According to the group’s description on Yahoo, the Tuggerah Lakes UFO Group on the NSW Central Coast was formed in 2009 to “share experiences about UFOs, ET contact and information related to those subjects” with “monthly meetings, special guest speakers, movie days and BBQ & Nightwatches” to support – without discrimination – “a common goal of seeking more understanding about ETs and UFOs.” While not an official membership list, the group’s Facebook page is said to have 822 members.

The group’s substantial membership may be due to the large number of UFO sightings reported in the NSW's Central Coast area, including the famous 1994 Gosford UFO incident when numerous witnesses reported a “huge ball-shaped object with bright lights on the bottom” sucking water from Brisbane Water, and police later claiming to have chased a “strange metallic craft” until it shot upward and disappeared.

Minister Porter isn’t buying it … nor paying for it either, at least not for now.

It's very hard to unpack cause and effect; you tend to find a lot of sightings when you're funding UFO sighting groups. But we'll see what they're all about. I'm sure they're very nice people and there are lots of volunteers who are getting something out of it but looking at it from my perspective - representing taxpayers - it didn't seem to me to pass a commonsense test.

Aren’t the Tuggerah Lakes UFO Group members taxpayers too? Aren’t they doing good work for their community? A spokesperson explained it to the Central Coast Gosford Express Advocate.

We have elderly people we pick up and take to meetings, where we need projectors and microphones so everyone can see and hear what’s going on. We also have outings out at night checking for unusual activity. 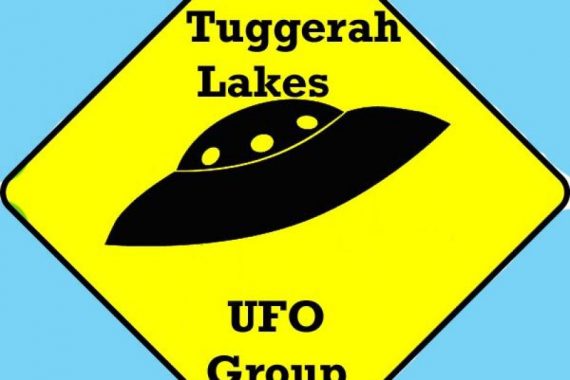 Then again, Social Services Minister Christian Porter might want to think twice about dealing with a group who quite possibly has connections with aliens who could easily modify their water-sucking equipment to inhale politicians.