They’re not from the government – they’re from Pleiades, Betelgeuse and Andromeda – but they’re here to help. At least that’s what a British green energy expert claims after first writing a book about alien hybrids and then being introduced to and allegedly talking directly to aliens himself. And by “help,” he means to aid humans to "evolve into higher beings.” Can they hurry up already?

Miguel Mendonça is a Rhodesian-born author now residing in Bristol whose early works were based on his experience and research in renewable energy, especially with the World Future Council. He’s the author of “Feed-in Tariffs: Accelerating the Deployment of Renewable Energy” and co-author of “A Renewable World: Energy, Ecology, Equality.”

In 2015, Mendonça wrote “Meet the Hybrids - The Lives and Missions of ET Ambassadors on Earth,” a collection of interviews with eight people claiming to be alien hybrids which also included information for others who may suspect they have been abducted and possibly carry alien DNA. The hybrids – who claimed their DNA came from various alien species – were all given the same questions to answer. They all professed that the aliens they encountered were here to improve humans, primarily in a spiritual way.

This book was criticized for a number of reasons, not the least of which was the spiritual ‘New Age’ feel. Mendonça interviewed only the hybrids and not their relatives, friends or anyone associated with them. That could have been to protect them from ridicule. However, he also did not use a lie detector and asked none of them to submit to DNA testing or examination for implants. Finally, one of the alleged hybrids revealed that she had met with several of the others prior to the interviews.

That criticism could be why Mendonça wrote his new book, “Being with the Beings: The How and the Why of ET Contact.” In this one, he allegedly goes right to the source – real aliens like members of the Fajan Race from a planet in the Andromeda galaxy. They told him:

We are from a vibrational existence which is similar to what humans call the fifth dimension. Tthe exciting part is that Earth, and all living things on earth, are currently in a stage of wondrous evolution. This is a reason for the immense need for disclosure and willing reconnection with us - your cosmic brothers and sisters. 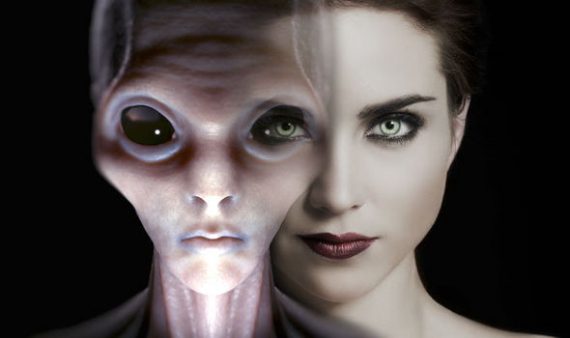 He also shares his alleged conversations with Sasha, a Pleiadian who tells him her species abducts and works with humans to help them transcend to a higher state of consciousness where there is a lack of ego and the physical body becomes irrelevant.

While this book again seems to promote an alien-New-Age philosophy, the emphasis on disconnecting with the physical body may be more important to Mendonça, who suffers from multiple sclerosis, a crippling disease that some abduction experts believe could be caused by alien encounters. Mendonça says that being around the aliens has made him feel better but has not changed his physical condition.

Perhaps he just hasn’t met the right one yet.

Scientists Control Animals with Their Minds in Strange Experiment