Healing Pyramid in Russia is Destroyed by Major Storm

If you believe that pyramids can channel the Earth's magnetic fields and create positive energy fields that can heal the ailments of a person sitting inside one, then you’ve probably heard of Alexander Golod. This Ukrainian scientist and pyramid researcher has built seventeen fiberglass pyramids in Russia that he claims can prevent major diseases, enhance the potency of medications, cure impotence and control the weather.

Make that sixteen pyramids and scratch the weather part. A major storm hit Moscow on May 29th and, in addition to killing at least 16 people and forcing the evacuation of over 60,000, destroyed one of Golod’s healing pyramids.

Finished in 1999 after five years of construction, the 150-foot-high, 55-ton fiberglass pyramid was a popular Moscow attraction for tourists, the curious and the seekers of its purported healing powers. According to Golod, those powers included helping the immune system to fight pathogens and prevent “cancer, AIDS, Alzheimers disease, or other sicknesses,” curing impotence and reducing the effects of radiation.

Non-humans could also receive benefits from a Golod pyramid, including faster growth and bigger plants when seeds are placed in it and repair of the ozone layer by an ion column. Then there’s the weather moderation.

The possibility of any emergency decreases, including hurricanes and typhoons. It seriously changes physical and psychological conditions.

Golod may want to revise that one, according to weather.com meteorologist Brian Donegan.

Winds gusted as high as 70 mph during the storm, which is rare for Moscow.

The winds and torrential rains tore off over 200 roofs, damaged over 2000 cars and downed over 14,000 tress. And one pyramid.

What happened? Even though it was built with the Golden Section phi ratio of 1 to 1.618, a framework of PVC pipes covered with fiberglass sheets is no match for hurricane or tornado force winds. It’s no surprise the people inside the pyramid when the storm hit decide to f--k the phi and flee, saving their lives.

Does that mean Golod is giving up on his pyramids, at least as meteorological modifiers?

You can't expect to build a pyramid and see everything change overnight. It happens gradually.

In the meantime, Kansas farmers who want to built pyramid-shaped tornado shelters would be wise to bury them underground. 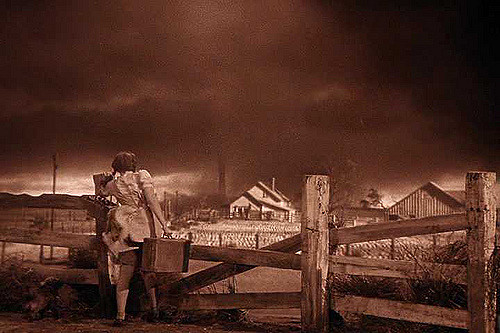