Human Brains May Not Be Aligned Right to Handle Stripes

Do these striped pants make my butt look fat?

No, but that may make someone’s head hurt at the migraine level and could even cause an epileptic seizure. A new study in Current Biology found that simple vertical lines can cause headache-inducing brain activity even in healthy people and could induce migraines or seizures in those with photosensitive epilepsy. Is this the end of zebras, referees and bar codes?

While it has long been known that flickering or flashing lights can trigger epileptic seizures and migraines, this is the first time that stripes have been studied as a potential trigger mechanism. Researchers led by Dr. Dora Hermes of the University Medical Center (UMC) Utrecht in the Netherlands attached electrodes to the scalps of volunteers to measure repetitive patterns of brain activity. They then showed the participants stripes of all shapes, sizes and patterns interspersed with non-striped images. 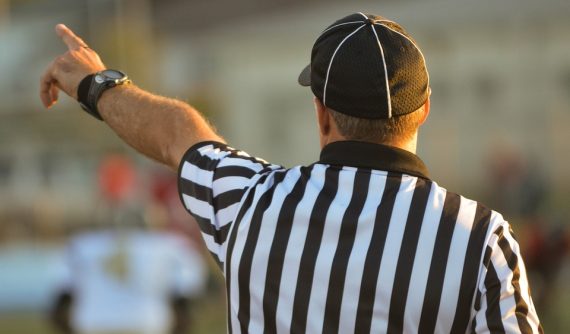 What they found is that stripes produced an increase in the brain activity known as gamma oscillations in people who also experiences the headaches. While that seems like a pretty solid link, gamma oscillations are not well understood and it’s not clear from this study if they’re the cause of stripe-induced headaches and seizures or just another symptom.

In any case, the study proved that stripes can affect people at mild to severe levels. For those individuals, avoiding stripes is easier said than done, according to Dr. Dorothée Kasteleijn-Nolst Trenité, an epileptologist of UMC Utrecht.

Vertical orientation of stripes are in general worse than horizontal. Examples of striped patterns that are potentially provocative in daily life are rolling stairs, venetian blinds, striped clothes and buildings.

Because even healthy people can be affected by stripes, Dr. Hermes thinks buildings should be designed without them.

Our findings imply that, in designing buildings, it may be important to avoid the types of visual patterns that can activate this circuit and cause discomfort, migraines or seizures.

That could be difficult, as Jonathan Winawer, a researcher at New York University points out:

Radiator grills can be provocative, and are in fact sometimes covered by patients with pattern-sensitive epilepsy.

Fortunately, medication can reduce the headaches and help prevent the seizures. In the meantime, avoid tigers and tell your significant other that polka dots make her butt look thin.