One of the most controversial of all mystery animal-themed tales originated with the famous traveler, Marco Polo (1254-1324), who told of allegedly unknown creatures in the province of Carajan, which falls under the region of Yunnan, in southern China. Polo’s description of the beasts is both intriguing and thought-provoking. In his own words: "In this province are found snakes and great serpents of such vast size as to strike fear into those who see them, and so hideous that the very account of them must excite the wonder of those to hear it. I will tell you how long and big they are."

The account continued: "You may be assured that some of them are ten paces in length; some are more and some less. And in bulk they are equal to a great cask, for the bigger ones are about ten palms in girth. They have two forelegs near the head, but for foot nothing but a claw like the claw of a hawk or that of a lion. The head is very big, and the eyes are bigger than a great loaf of bread. The mouth is large enough to swallow a man whole, and is garnished with great [pointed] teeth. And in short they are so fierce-looking and so hideously ugly, that every man and beast must stand in fear and trembling of them. There are also smaller ones, such as of eight paces long, and of five, and of one pace only."

And, then, there's this from Marco Polo: "The way in which they are caught is this. You must know that by day they live underground because of the great heat, and in the night they go out to feed, and devour every animal they can catch. They go also to drink at the rivers and lakes and springs. And their weight is so great that when they travel in search of food or drink, as they do by night, the tail makes a great furrow in the soil as if a full ton of liquor had been dragged along." 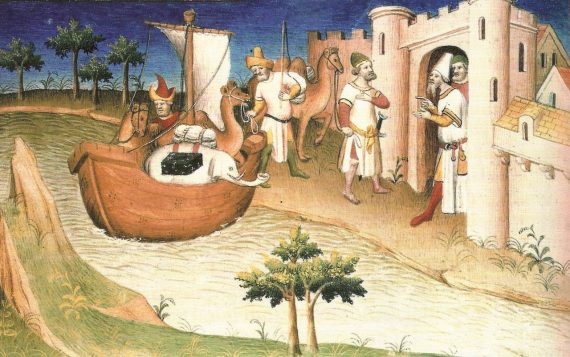 He was far from done: "Now the huntsmen who go after them take them by certain gyn which they set in the track over which the serpent has past, knowing that the beast will come back the same way. They plant a stake deep in the ground and fix on the head of this a sharp blade of steel made like a razor or a lance-point, and then they cover the whole with sand so that the serpent cannot see it. Indeed the huntsman plants several such stakes and blades on the track. On coming to the spot the beast strikes against the iron blade with such force that it enters his breast and rives him up to the navel, so that he dies on the spot and the crows on seeing the brute dead begin to caw, and then the huntsmen know that the serpent is dead and come in search of him."

"This then is the way these beasts are taken. Those who take them proceed to extract the gall from the inside, and this sells at a great price; for you must know it furnishes the material for a most precious medicine. Thus if a person is bitten by a mad dog, and they give him but a small pennyweight of this medicine to drink, he is cured in a moment. Again if a woman is hard in labor they give her just such another dose and she is delivered at once. Yet again if one has any disease like the itch, or it may be worse, and applies a small quantity of this gall he shall speedily be cured. So you see why it sells at such a high price.

"They also sell the flesh of this serpent, for it is excellent eating, and the people are very fond of it. And when these serpents are very hungry, sometimes they will seek out the lairs of lions or bears or other large wild beasts, and devour their cubs, without the sire and dam being able to prevent it. Indeed if they catch the big ones themselves they devour them too; they can make no resistance." 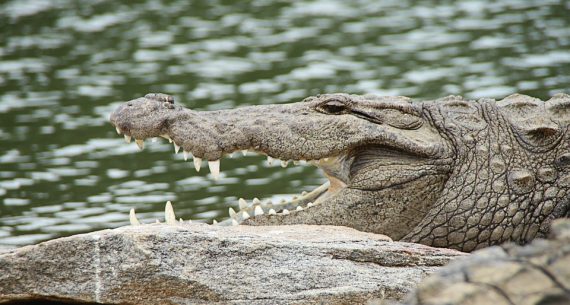 So, what exactly was it that Marco Polo was referring to? In his book Dragons: More Than A Myth? Richard Freeman suggests that Marco Polo was referring to nothing stranger than crocodiles. An identical conclusion is reached by "Dr. Beachcombing." And, despite a few oddities - in terms of the descriptions - I see no reason to disagree. Monsters? Nope. Unknown animals? Nope again. Crocodiles? Almost certainly.

Magic Mushrooms May be the Safest Drug in the World