Mysterious “Dr. No” May Have Been Serial Killer Responsible for Rash of 1980s Murders

It is one of the most terrifying modern mysteries of human psychology: what drives a person to want to kill?

Dozens of famous serial killers have made headlines over the decades in America, following the famous killings associated with H.H. Holmes and his infamous “murder castle” as far back as the late 1800s. The murders he committed during this period marked what is largely recognized as the first instances of a serial killer in America.

However, apart from the ones that are captured and held accountable under law for their atrocious crimes, there are also those killings which go unsolved, even after decades of investigation. Far more disturbing, of course, is the idea that the killers responsible for these crimes may have remained at large.

One the evening of February 7, 1987, Anne Marie Patterson was being dropped off for work by her husband at a truck stop in Venango County, Pennsylvania. As a prostitute, Patterson’s work often put her in close quarters with shady characters; however, on this particular evening, she and her husband heard a call coming via their CB radio from a particularly notorious client, who she said she just didn’t want to work with. He was so renowned for causing fear among the women who had dealt with him, in fact, that they had a sort of “code name” for this particular trucker.

“No thank you. I know you,” Patterson’s husband overheard her saying to the trucker that evening. He suspected that she might have even had trouble with the same man recently, in an incident that led to her arrest in Austintown, Pennsylvania one night earlier.

“He was calling, but they wouldn’t go to his truck for some reason,” Patterson’s husband later said. “They said he was trouble.”

That same night, Anne Marie went back to work at the Venango County truck stop, and never returned.

It was forty three days before she was finally found, her body wrapped in a sleeping bag by a highway in Barkeyville. Over the course of nearly two years leading up to her death, three other incidents involving suspected prostitutes who were found slain occurred, where the bodies of the victims were discovered dumped along Interstate 70.

The Pittsburgh Press reported the strange spate of killings in its April 19, 1987 edition, discussing the speculation rife at the time that the mysterious “Dr. No” might have been a serial killer:

Serial killers are known for picking out victims with similar backgrounds or sharing some common traits, and their method of killing is often distinctive.

While not ruling out the possibility of a serial killer, investigators in Richland, Ashland and Medina counties, where the bodies of the other three women were found, have said they have yet to find sufficient similarities in the slayings to substantiate Collins’ claims.

“There’s been so much about serial killers. I’m just waiting for a copycat killer to surface any day.” and Roger Martin, a detective in Ashland County.

Investigators remained unclear as to whether Anne Marie Patterson had indeed known her killer, and whether it had been the same mysterious character she and the other women called "Dr. No." According to a Warren County detective that had been working the case named Mark Duvelius, Dr. No, who was described as a dark haired man “possibly of Middle Eastern descent” between 25 to 40 years of age, actually had not been considered a suspect in the killings of Anne Marie Patterson and the other Ohio area victims. It was considered crucial at the time, however, that he be interviewed in relation to the deaths. Could there have been another individual that might have been associated with the deaths?

It was believed that at least two of the victims associated with this series of killings had last been seen entering a dark blue or black colored Peterbilt truck, which may have had a refrigerated trailer (it was suggested that Anne Marie Patterson's body may have been refrigerated for some period before being dumped). The mysterious "Dr. No" also may have used different CB radio handles that included "Stargazer" and "Dragon." 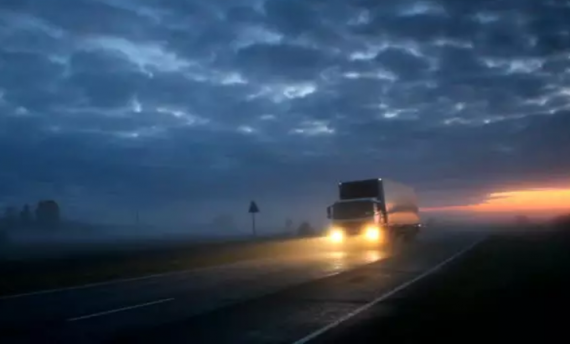 In 1995, a similar group of killings led to the arrest and conviction of Sean Patrick Goble, a truck driver who was sentenced to two life sentences after he was found guilty in the deaths of several women. Goble, who operated a dark Peterbilt truck, admitted that he had found his victims, mostly prostitutes that were smothered or strangled, at truck stops, and would later dump their bodies further along the highway.

Goble was only charged with the deaths of three women, in relation to crimes committed in North Carolina and Tennessee. However, the Asheboro Courier Tribune reported in 2015 that Goble was questioned by authorities in at least seven other states, and that law enforcement had shown interest in determining whether he might have been responsible for more deaths.

At the time of Anne Marie Patterson's death in 1987, Goble, who is now 51, would have only been 21 years old. Additionally, deaths dating back as far as 1981 are believed to have been the work of the same killer Patterson may have identified as "Dr. No," which does seem to indicate that another killer had been at large years before Goble's arrest and sentencing.

To this day, the identity of "Dr. No", and whether he had indeed been involved in the Ohio prostitute killings of the late 1980s, remains undetermined. More information about these, and possibly related crimes, can be found here, here, and here.

The Ghostly Bear-Monster of London