These days, it's getting harder to believe in monsters.

For centuries, there have been reports of a mysterious animal in Loch Ness, Scotland's most famous lake and mysterious destination (though granted, the majority of the sightings which made the lake famous occurred fairly recently, in the early and middle parts of the last century). Reports describe the beast variously resembling some kind of "saurian" relic from the ancient past, to a creature more akin to a whale; there appears to be no real consensus on this, despite the creature's popular depiction as a long-necked, plesiosaur-like animal.

Whatever the case, reports of unusual looking creatures in Loch Ness have endured over the years, though somewhat less frequently than in decades past. That is, until about eight months ago, when Nessie seems to have gone off the grid; there have been no new sightings for the better part of the last year. 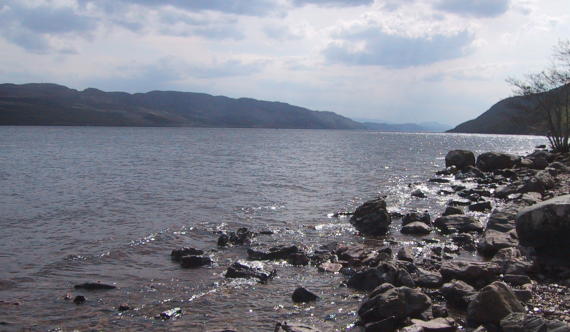 Gary Campbell of the Official Loch Ness Monster Sightings Register in Scotland was interviewed by NPR host Scott Simon recently, who asked him about the apparent "disappearance" of the lake's most famous resident:

"I think that we have to look at the 1,400-odd years of history before that, both at Loch Ness and from around the world, where the water horses, or water kelpies as they're called in Scotland, have lived in these lakes for many, many years. And it's not just the Loch Ness monster. So I think there's a huge weight of evidence that certainly something lives in these deep lakes around the world, including Loch Ness, and that just the last eight months have been a bit of an aberration."

Only months ago, Professor Neil Gemmell of New Zealand proposed a DNA test of the Loch's waters, which might simply (and non-invasively) determine whether some kind of unidentified animal species resides there. According to Loch Ness monster researcher Roland Watson, at present no one has tried searching for the creature by analyzing possible traces of DNA in the Loch in this way.

It seems particularly unlikely that, in modern times, a mystery beast the likes of Nessie would take residence in a lake in the Scottish Highlands. With little hesitation, most of the academic community today would very willingly dismiss any possibility of a large, mystery creature living there, although in defense of such skepticism, one would hope to expect more evidence if even a small population of relic beasts were living there.

Perhaps the most notable sighting of the creature occurred in 1959, when Dr. Denys Tucker, a zoologist with the British Natural History Museum, visited Scotland. Making the sojourn out to Loch Ness, he was astounded to see what he called an "unarmed animal" appear in the Loch before him, which Tucker later identified as an extinct elasmosaurus.

'I am quite satisfied," Tucker wrote in a letter to New Scientist, "that we have in Loch Ness one of the most exciting and important findings of British zoology today.'

This is simply not the sort of thing that a scientist does, now is it? Verily, Tucker was "sacked", and removed from his position. Such is the ill fate of those men in academia, however well qualified and respected in their field beforehand, if they are willing to talk about "monsters" and other such rubbish.

Whether or not there is some kind of animal in Loch Ness, as yet undiscovered by science, remains a matter of debate. The scientific community (as evidenced by Dr. Tucker's treatment) seems to have closed that door long ago; though perhaps the likelihood of there really being a "Loch Ness Monster" has all along been, well, unlikely at best.

Of course, one day Nessie's graceful neck may once again break the surface of those dark waters, and show us that there was more to the legends of monsters and "water horses" than many were willing to consider. Or, once Neil Gemmell gets his DNA study in gear, we may not even have to wait that long... science could ultimately bring a resolution to this mystery much sooner than any of us think.

Mysterious “Cold Spot” in Space May Prove the Multiverse is Real