Maybe it goes without saying, but it’s certainly a weird time to be a skeptic. Political movements in many countries have recently been fueled by paranoid worldviews and conspiracy theories. Many well-known conspiracy theorists who were once on the same lunatic fringe level as pamphlet-waving ‘end-is-nigh’ street preachers have now risen to become trusted by many as sources of legitimate news and information. Sure, some of these might have a kernel of truth in them (emphasis on might) and some might say that belief in conspiracy theories is more an enlightened state than a deluded one, but the prevalence of conspiracy theories in public discourse has been described throughout history as potentially harmful to the future of critical thinking and democratic ideals.

In response to such perceived threats, rationally-minded think-tanks and research institutions have begun looking into the causes of and possible responses to such a rise in conspiratorial thinking. Recently, psychologists from Princeton University conducted a study with the goal of determining what behavioral tendencies or personality traits might lead some individuals to believe in conspiracy theories.

In the study, random subjects were asked to recall and write about an experience which made them feel excluded by a close friend. Afterwards, the test subjects were asked to rank how well they agree with statements like “I am seeking a purpose or mission for my life.” Finally, participants were then presented with and asked to rate their agreement with the following three statements: “Pharmaceutical companies withhold cures for financial reasons”; “Governments use messages below the level of awareness to influence people’s decisions”; and “Events in the Bermuda Triangle constitute evidence of paranormal activity.”

According to the study’s co-author Alin Coman, the results showed a clear correlation between individuals who described feelings of social exclusion and those who reported belief in common conspiracy theories. According to the researchers, understanding this root cause of conspiracy belief could become a tool in the fight for reason:

Those who are excluded may begin to wonder why they’re excluded in the first place, causing them to seek meaning in their lives. This may then lead them to endorse certain conspiracy beliefs. Attempting to disrupt this cycle might be the best bet for someone interested in counteracting conspiracy theories at a societal level. Otherwise, communities could become more prone to propagating inaccurate and conspiratorial beliefs.

This study might not be breaking surprising ground, but it's a start. Now that conspiracy theories have begun burrowing their way into the cultural and political zeitgeist, new ways of addressing them are needed in order not to alienate believers further; doing so could only push them further to the fringe where their ideas can incubate and possibly turn dangerous. On the other hand,  discrediting outright all conspiracy theories which go against dominant governmental or societal narratives can be just as dangerous for the future of independent thought. Ultimately, promoting reason, critical thinking, and careful fact-checking has become one of the most important issues of our day in the age of "alternative facts" and the polarization of media outlets. Of course, similar arguments can be traced as far back as the ancient Greek sophists. Good luck, public school teachers. 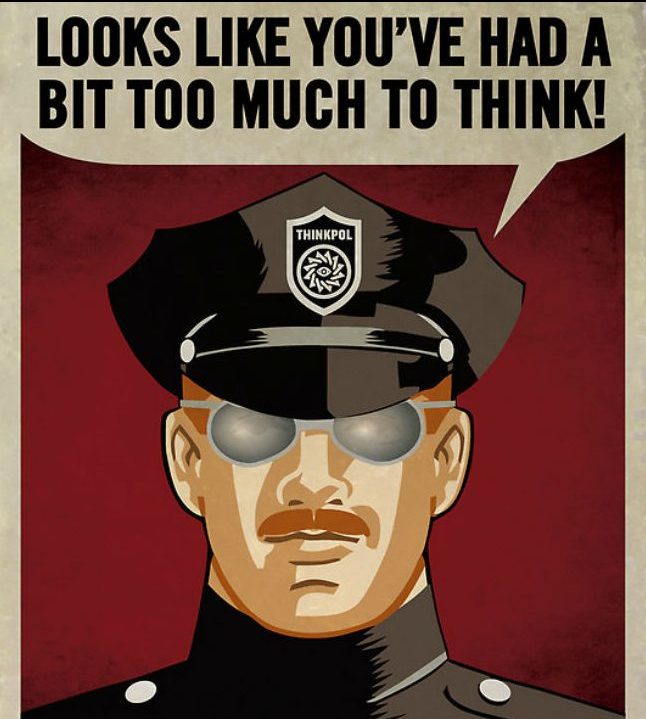 The Digital Universe: On Living in a Computer Simulation