As a (kind of) follow-up to my article on the controversy surrounding Marilyn Monroe, UFOs, and a questionable document, there is the matter of an equally controversial document that concerns the famous December 1980 UFO event at Rendlesham Forest, Suffolk, England. The most widely accepted scenario within the UFO research community is that extraterrestrials landed/manifested in those dark woods in late December. There is talk of a small, intelligently controlled vehicle moving through the trees, of lights beaming down to a weapons-storage area in the vicinity, of bizarre activity in the woods, and of strange, dwarfish entities seen at close quarters.

There is, however, absolutely no doubt at all that this particular document is completely and utterly bogus. I mention it, though, in the event that it might catch your attention and provoke a "WTF?!" response. The document is actually a letter, written on British Ministry of Defense paperwork and is undated. It reads (without interruption) as follows:

QUOTE: "Dear [Deleted], As you know, OSI has completed a report on the landing of a craft of unknown origin crewed by several entities near RAF Bentwaters on the night of December 29/30 1980. Interestingly, OSI reports that the entities were approximately 1 1/2 metres tall, wore what appeared to be nylon-coated pressure suits, but no helmets. Conditions on the night were misty, giving the appearance that the entities were hovering above ground level.

"Tape recordings were made on which the entities are heard to speak in an electronically synthesized version of English, with a strong American accent. Similar transmissions intercepted (possible word omitted) irregularly by NSA since 1975. According to OSI, entities had claw-like hands with three digits and an opposable thumb. Despite original reports, OSI said the craft was not damaged but landed deliberately as part of a series of visits to SAC bases in USA and Europe. Reports that craft was repaired by US servicemen or was taken on to the base are not confirmed by OSI.

"Landing is not considered a Defence issue in view of the overt peaceful nature of the contact, but investigations by DS8 are to be continued on [Deleted] authority. Precautionary plan for counter-information at a local level involving [Deleted] and a [Deleted] is strongly recommended." END OF QUOTE

Well, that's quite a story! But, a story is all it is. 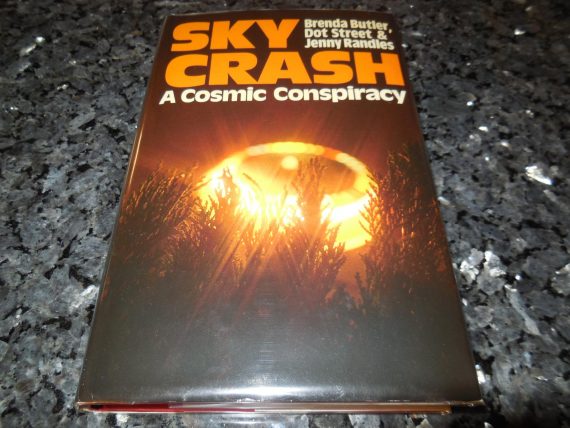 The document was reproduced in the 1986 paperback edition of a book on the Rendlesham Forest affair titled Sky Crash. The authors were Brenda Butler, Dot Street, and Jenny Randles. In their book, the authors note that the "memo" - sent to the team as a photocopy - was received in early 1984. They added that, "We have investigated it...and our conclusion is that it is a deliberate fake by certain parties, whose identities are strongly suspected by us." They concluded: "This hoax has clearly been planned to test us or, more likely, to impugn our credibility should we fall for the trick. We call their bluff."

I recall how several colleagues in Ufology, in the 1990s, sent copies of the "document" to the British Ministry of Defense, asking for an opinion on it. MoD staff did not avoid commenting on it. They were careful to make it very clear that it was what it really is: a hoax. Ironically, because copies of the document were sent to the MoD for comment, they ended up in the MoD's "Rendlesham File." And when, years later, that same "Rendlesham File" was finally declassified, people who accessed it saw the fake document in the file! I know from emails I got at the time, that this created a few issues for people who assumed the document was the real deal! It is, perhaps, for this very reason that I know some people still hang onto the possibility that the document is genuine. But, trust me, it ain't.