Do you fall asleep in church? If so, you may want to try a church in Germany where a robotic preacher gives blessings to the faithful and shoots beams of light from its hands to get your attention. Is this the solution to the worldwide shortage of priests, preachers and religious people or is it a sign of the apocalypse? WWJD?

The robotic preacher can be found in Wittenberg, Germany. If that name sounds familiar, it’s because Wittenberg is where a human priest named Martin Luther started an entirely different kind of reformation movement by publishing ‘The Ninety-Five Theses’. This time, the reformer is a robot called BlessU-2 ('Gesundheit' was taken) that consists of a metal body with a display screen for a belly, a head with eyes and a digital mouth, and two arms with lights in their hands.

BlessU-2 was developed by the Evangelical Church in Hesse and Nassau, a United Protestant church body in the German states of Hesse and Rhineland-Palatinate to promote justice, peace and the integrity of creation … and now, robotic priests. According to church spokesperson Sebastian von Gehren, it was built as part of the commemoration of the 500th anniversary of the publication of the Ninety-five Theses in 1517. So, is this really a linking of an old reformation to a new one? Possibly, says von Gehren.

It is an experiment that is supposed to inspire discussion.

That it does ... and more. BlessU-2 greets those who approach it and offers to converse in one of seven languages (including German, English, French, Spanish and Polish) and in a male or a female voice. Once those selections are made and robot and churchgoer are speaking the same language, BlessU-2 asks “What blessing do you want?” and offers 31 to choose from in four categories.

That’s when the show really begins. With a “God bless and protect you,” the robot waves its arms, moves its eyes and eyebrows and flashes lights from the hands. The digital mouth then recites the biblical verse selected and offers to print it so the suitably astonished churchgoer can take it home. No, there’s no slot for coins or a credit card to make an offering … yet. 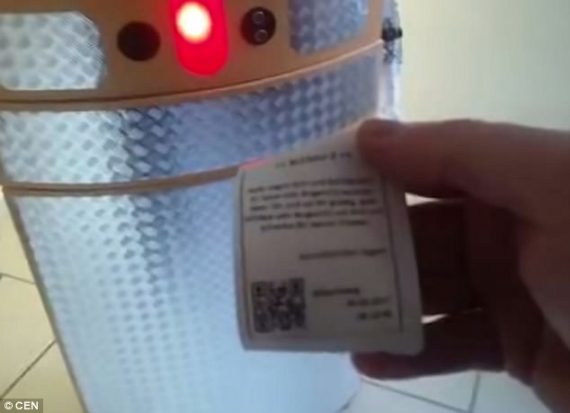 What do church members think?

One half thinks it's great, the other can not imagine a blessing from a machine. Some Wittenbergers are now coming every morning and evening.

Will these robotic missionaries be ringing your doorbells or giving sermons at your local churches? Sebastian von Gehren doesn’t say but he assures that BlessU-2 is not for sale.

The machine should not replace the blessing of a pastor. In the future there will not be a blessing robot in every church.

RU-Sure? What does BlessU-2 think? It may agree with Stephan Krebs of the Evangelical Church in Hesse and Nassau.

We don’t want to robotise our church work, but see if we can bring a theological perspective to a machine.

What do you think about BlessU-2? What would Gort do? 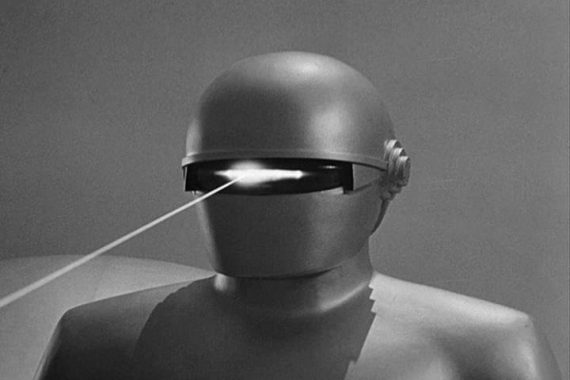