According to the listing, the “charming” bungalow is listed for C$239,900 or $174,800 US. That seems quite high for a tiny 748 sq. ft. home, especially when every square foot of the place is covered with clown paraphernalia – clown wallpaper, clown paintings, clown figurines, clown photos, clown sculptures, clown trinkets, clown dolls, furniture for the clown dolls, toys for the clown dolls and clown dolls for the clown dolls. Where there’s no more space on the walls, floors and ceilings, there are cabinets stuffed with more clown stuff. 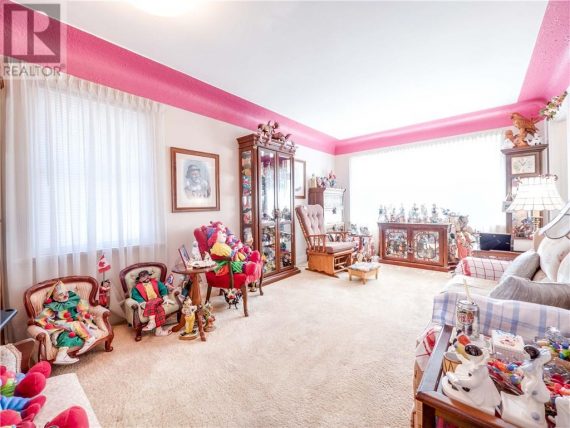 A good realtor like Kyle Jansink, who listed this home, knows that houses should be staged with furniture and decorations to appeal to the largest number of potential buyers. Knowing how many people hate clowns, he suggested to the elderly owners that perhaps they should pack everything up and slap a coat of paint (but not greasepaint) on the walls. Even though they plan to take most of the memorabilia with them (although they will entertain offers), the couple decided to leave the home as is and let the buyers beware. 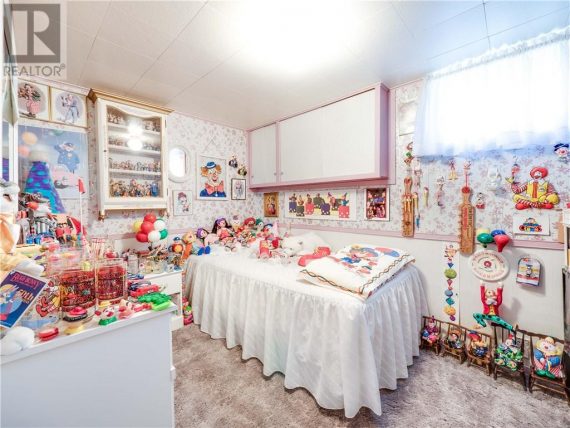 Believe it or not, the clowns have not scared everyone away, says Jansink.

We've got multiple offers lined up. It was going to sell above asking price despite all this publicity, but now maybe we're getting some extra out-of-town buyers coming in. 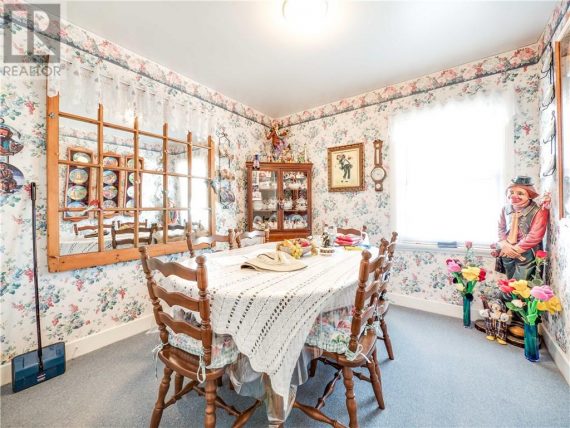 What on earth possessed the married Canadian couple to go clown crazy? In an interview in Vice, their son hinted at the creepy reason.

My stepdad had a drinking issue as perceived by my mother. Every clown represents a bottle of beer that he would have bought.

By his count of the clown clutter, that’s about 1,500 bottles of beer that didn’t get drunk while the poor kid grew up with 1,500 clowns staring at him … night after night after coulrophobic night. Could HE have a drinking problem as a result? It doesn’t appear so -- he says anything that’s not sold with his parents’ house will be packed up and take to HIS house … where it will be stored in the crawl space until he decides what to do with all of it.

If you’re still interested, the detached garage has room for a small car that seats 40.

Mysterious “Explosions” in New Jersey Have an Older, Stranger History