The Creature from the Coconut Water Carton

You’re trying to eat and drink healthier foods. You heard that coconut water - juice from the center of a young, green coconut - contains nutrients and antioxidants, may help prevent diabetes and kidney stones, and could lower your blood pressure. With your lifestyle, this sounds like something you should be drinking gallons of and possibly bathing in.

So you buy a carton and fall in love with coconut water. Soon, it’s the only water you drink. One day, you get a box out of the fridge and shake it up, because that’s what it says on the carton. You feel something rattling inside but you pay no attention – it’s probably something good for you – it’s coconut water, right? You open the box and immediately smell a strange odor. Again, it doesn’t faze you because stuff that’s good for you is supposed to smell and taste bad, and vice versa. So you take a big swig. Whatever was rattling in the box ends up in your mouth. You spit it out and look at it, before getting sick. What is it? 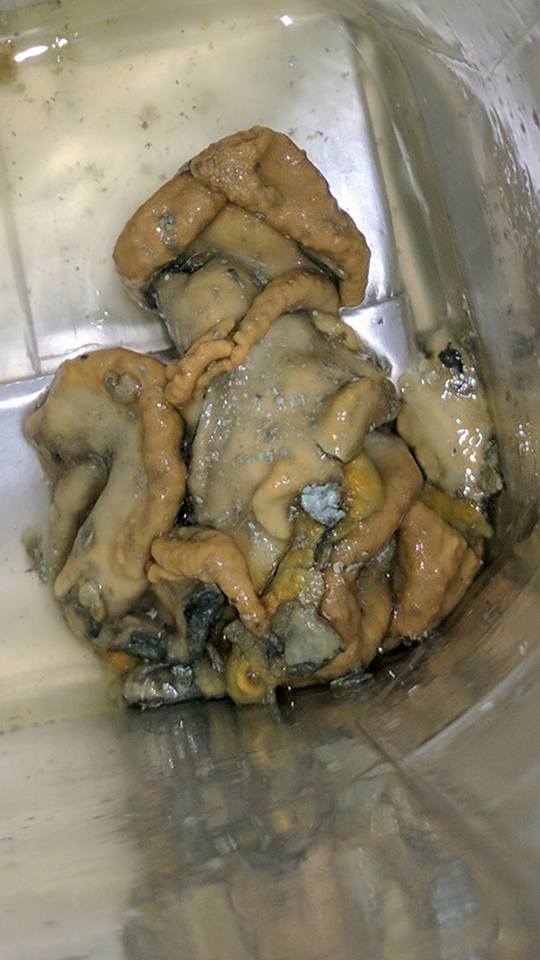 I still can’t believe this I’m so disgusted it’s the only water I ever drink I will never in my life drink it again … It looks like a freaking octopus just looking at it makes me sick.

Barbara Kline from Goshen, NY, claims to have suffered diarrhea and vomiting for days after accidentally swallowing some of the coconut water and a piece of the unidentified creature, which she described as a “squid or octopus-looking thing.” The water wasn’t much better. When Kline poured it out of the carton into the sink, it had sickening yellow color – even a spoiled coconut shouldn’t cause that. 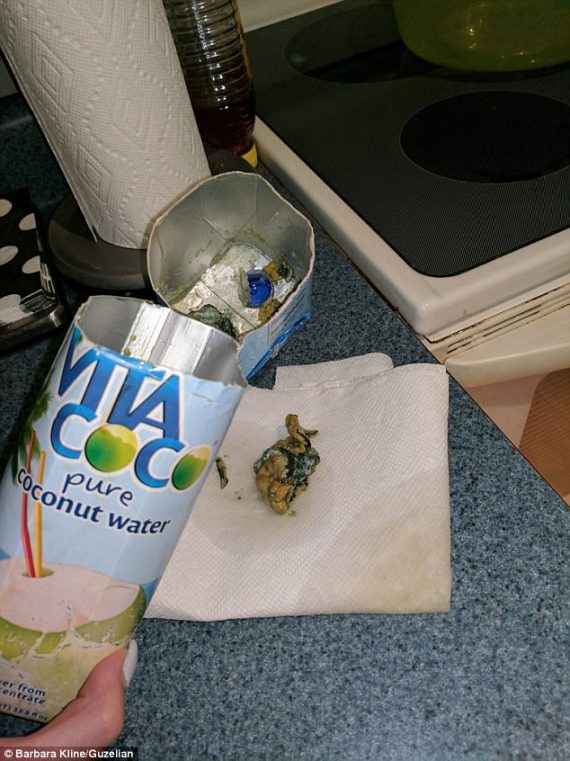 After going to the doctor for treatment and blood tests, Kline contacted the US Food and Drug Administration several times but says she got the run-around – apparently people in Washington are preoccupied with something else besides creatures in coconut water. She also contacted Vita Coco, the maker of the drink, but says she didn’t get a call back from company representatives and lawyers until she posted pictures of the creature along with details of her experience on social media. That got their attention.

They offered to pick it up from my house. But why would I give them the only evidence I have to protect myself?

She has no idea what it is, but feels safe enough to keep “the octopus thing” in her freezer – let’s hope the package is clearly marked. She’s also given up coconut water for good.

For now, Kline is trying to find a lab that will identify it for her because it could be anything. Back in 2014, a woman in England found what looked like the head of an alien in a can of tuna.

That would be scary enough, but tests determined that it was the head of a tongue-eating louse – a parasite that lives in the mouths of fish and … well, the name says it all. Once the tongue is gone, the louse takes its place and eats the fish’s food until it sleeps with the fishes. 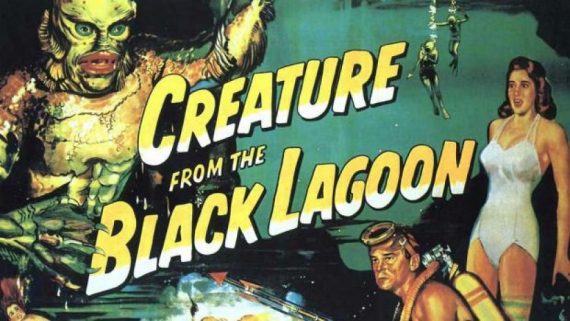 ‘Magical’ Amulets Save Lives According To Crash Survivor