‘The Mothman of Point Pleasant’ Reviewed

Whether you’re a Mothman aficionado or you don’t know Point Pleasant from a porch light, a new documentary about the famous flying cryptid, the city and the people it profoundly changed, the tragedy it is forever linked to and the 50-year quest to solve the many mysteries woven through the story will inform you, entertain you, scare you, make you shed some tears and quite possibly convince you to book a vacation to the next Mothman Festival.

“The Mothman of Point Pleasant” introduces the small West Virginia town from a Mothman point-of-view in overhead shots that lead to the Mothman Museum, the local tourism center and other locations where the stories are told by eyewitnesses, friends and relatives of those who were there in 1966-67, experts, newspaper clippings and audio recordings. Animation sequences, a continuous timeline and an informative, eerie-voiced narration insure that there are no gaps in the gripping tale. 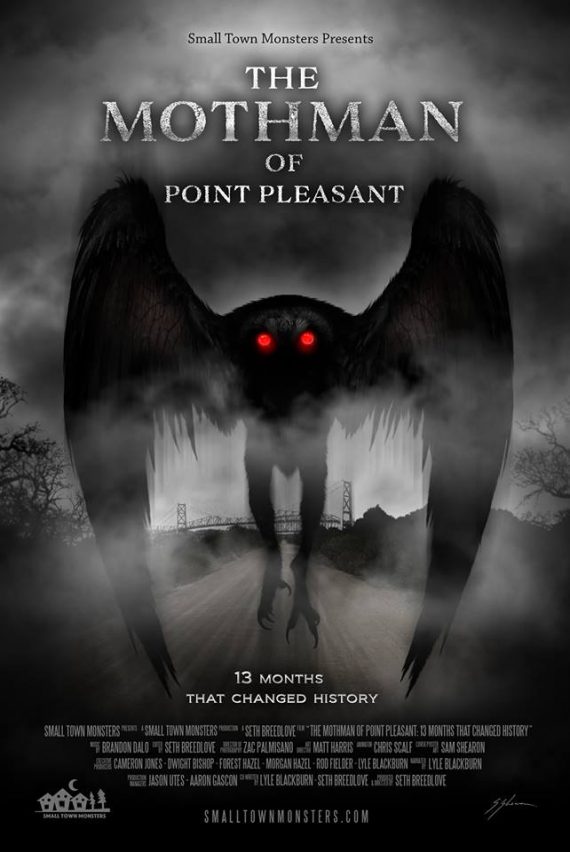 And gripping it is, especially for those who only know of the monster itself. Producer/director/writer Seth Breedlove adds layer upon layer of historical data about the town’s Native American and military past before introducing the first appearances of the Mothman. Interspersed with accounts of encounters with the red-eyed creature are stories of UFO sightings and other events that eventually drew in John Keel, who brought the Mothman to the masses.

The movie culminates with the Silver Bridge collapse and the deaths of 46 people, presenting footage of the aftermath and interviews with people who were there ... bringing focus to the tragedy that still touches the town long after the lights go out at the museum and the last T-shirt is sold at the Mothman festival. Appropriate reactions during the ending credits include tears, shivers or doubts -- depending on which horror affected you the most.

“The Mothman of Point Pleasant” will be released on June 2nd, 2017, and deserves a place of its own in the Mothman Museum. Seth Breedlove may call his series Small Town Monsters but this documentary is big city good.