Having written two articles this week on questionable and hoaxed UFO documents, I figured why not make it a "trilogy"? As with the previous articles - one on Marilyn Monroe and the other on the Rendlesham Forest UFO event of December 1980 - this one tells a very odd story. Back in 1978, Leonard Stringfield's book, Situation Red: The UFO Siege, was published. It's a book that includes a wealth of material on a wide variety of UFO cases - abductions, UFO crashes, radar-visual events, and much more. Also in the book, there's a weird tale which revolves around the University of Chicago.

The story was told to Stringfield, in February 1975, by a UFO researcher named Sherman Larsen. Some months earlier, Larsen said to Stringfield, he was contacted by a Presbyterian minister from Wisconsin. The man had a strange tale to tell. He claimed that when he was a child his father - who was also a minister - took him to the Chicago-based Museum of Science and Industry. During the course of the day, father and son supposedly "strayed off into a labyrinth of corridors and became lost. Hoping to find an exit, they entered a room in which they encountered a large, glass-covered case." Contained within the case were several, small bodies that were human-like but not human. According to Stringfield, "The minister recalled that instantly his father was grabbed by several men and forcibly taken into another room. Detained for some time, his father was forced to sign papers before they were allowed to leave the museum." 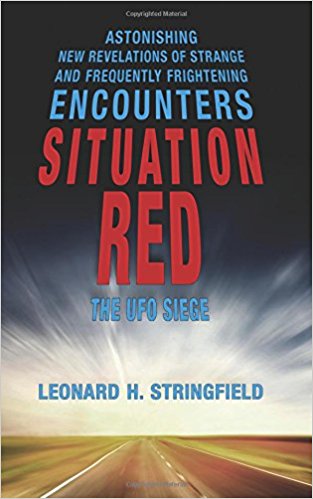 It should be noted that within the world of Forteana (and particularly in Ufology) there are numerous tales of people wandering off when in government buildings and military installations, and going down the wrong corridor and stumbling on some terrible secret in a hidden room. The "Chicago story" may very well be just another variation on that theme. The late UFO researcher Todd Zechel took a particular interest in this story. In looking into it, he claimed to have found a connection between the strange bodies at the Chicago-based Museum of Science and Industry and certain events that supposedly occurred at the University of Chicago from the late 1940s to the early 1950s.

In 1979, Zechel quietly shared a controversial letter with Stringfield and several others, which seemed to confirm some of the tales of strange bodies in Chicago, years earlier. It was written on University of Chicago stationery and was dated May 5, 1979. The letter was supposedly written to Zechel by a professor at the university and reads as follows:

"I do not know the source of your information but after having assigned several graduate students to spend considerable time researching the University archives, I find that you are correct in your information about some very strange humanoid bodies being examined here in 1948 and again in 1952. The professors you named did indeed participate in the autopsies and studies but unfortunately, all three are deceased so we can obtain no further information from them. All results of the studies were apparently classified and removed from the university by government agents for whom the studies were performed. The only people my graduate students could locate that were even remotely connected with the studies said that they only remembered talk of four-foot-tall, sexless bodies thought to have been the product of Nazi cloning and genetic experiments and recovered from the ruins of German laboratories."

When Stringfield took steps to have the doctor approached for comment on the controversial letter (and its beyond-dubious contents), the doctor replied: "The information that you have received is incorrect. As far as I know the basis for it is a letter under my name describing such a strange phenomenon. However, the letter is a forgery, the body of the letter having been inserted over a genuine letter and then xeroxed. I am somewhat concerned about this matter and would appreciate knowing where your information came from."

If you ever come across a copy of the letter, the best thing you can do is throw it out with the garbage. That's where it belongs.