When you’re 146 years old, is there anything left on your bucket list? Unfortunately, we won’t know for a while since the Indonesian man affectionately known as Grandpa Ghoto to people who were old enough to be grandpas themselves has died at the alleged age of 146.

I have wanted to die for a long time. My wives, children and siblings all have passed away, but Gusti Allah has blessed me with a long life. I have to live my life patiently and accept my destiny. 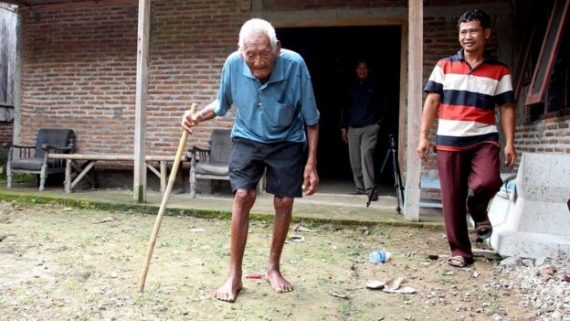 Saparman Sodimejo was in the news just a few months ago when he celebrated what he claimed was his 146th birthday on December 31st. That meant he would have been a New Year’s Eve baby in 1870 and would have seen his country progress from the end of being the Dutch East Indies through the Japanese occupation during World War II into independence as Indonesia and all of the problems that has caused until recently when the nation has finally reached some political and economic stability. 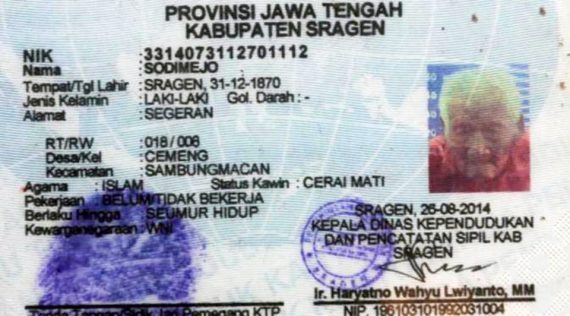 As reported after his alleged 146th birthday, the Dutch East Indies did not begin recording births until 1900. While Sodimejo had an official government ID card with 1870 as his year of birth, the issuers based it only on his memory of world events during the late 1800s. That isn’t enough to convince the Guinness World Records people nor genetics researcher Jan Vijg.

If somebody seriously told me he or she had just met a extraterrestrial being who immediately thereafter flew back into outer space, I would probably listen politely, but not believe a word of it. This is exactly how I feel about people reporting this kind of thing.

Which brings up the question: did anyone ask Sodimejo if he’d ever seen a UFO? Too late now. Perhaps one of his family members might remember him talking about it. While he outlived four wives, he had five children, 12 grandchildren, 17 great-grandchildren and two great-great-grandchildren. One thing they all remember is that he smoked like a chimney – a very old chimney – up until he became ill and was hospitalized on April 12th. He died last week and was buried on May 1. 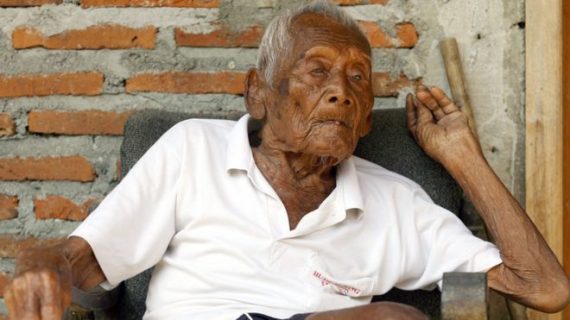 Isn’t there some way Sodimejo’s age could have been verified? It turns out there is. Forensic biomedical scientists from KU Leuven in Belgium have developed a test to predict an individuals’ age using blood or teeth samples. The test examines the levels of methyl groups in DNA and is said to be able to determine age with a margin of error of 3.75 years using blood samples and 4.86 years using teeth.

Unfortunately, the accuracy goes down as the tested person gets older. Still, even a 10 year margin of error would have told if Sodimejo was older than 122, which would have made him  the oldest person ever recorded.

He probably wouldn’t have cared.