Aliens May Be Hibernating Until the Universe Cools Down

That’s the question asked by Enrico Fermi after pondering why Earth hasn’t been visited by aliens (in his estimation) despite the fact that there are billions of stars with a high probability that some have Earthlike planets that could develop life forms capable of space travel ... the Fermi paradox.

Maybe we are not seeing alien civilizations because they are all rationally “sleeping” in the current early cosmological era, waiting for a remote future when it is more favourable to exploit the resources of the universe.

That’s the “Aestivation hypothesis” proposed by Anders Sandberg, Stuart Armstrong, and Milan Ćirković from the University of Oxford in their new paper accepted for publication in the Journal of the British Interplanetary Society. Aesti-what?

Aestivation is a state of dormancy similar to hibernation but brought on not by winter but by summer and its high temperatures and arid conditions. Creatures that enter states of aestivation include land snails, lady beetles (ladybugs), land crabs, desert tortoises, crocodiles and salamanders. But aliens? While a state of hibernation or suspended animation would obviously help survive long space flights, why would they need to aestivate otherwise? 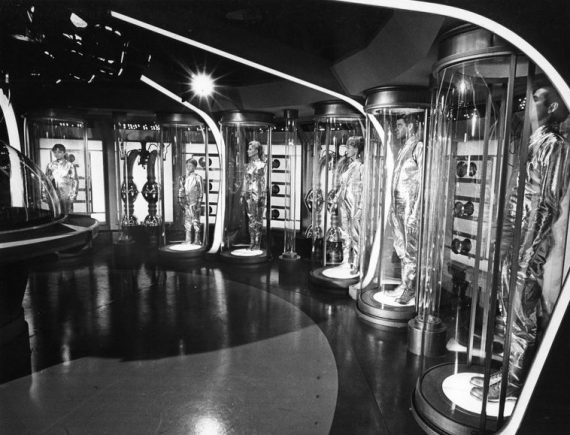 In his personal blog, Anders Sandberg explains that it’s all about energy. The more a species needs to process information to accomplish big things like building spaceships and exploring the galaxies, the more energy they consume. Energy produces heat and too much energy causes things – both living and mechanical -- to overheat, break down, malfunction or die. Like computers, running cooler means running longer and more efficiently.

Can’t space travelers figure out how to build better air conditioners? Probably, but their dealing with more than planetary or spaceship heat. According to Sandberg, the cosmic background radiation in the universe makes everything in it hotter than 3 Kelvin – not scorching (-269C or -452F) but hot enough to cause problems. Fortunately, cosmic background radiation is going down as the universe expands. So all an advanced alien civilization needs to do is wait till things cool down. The best way for living things like reptiles and reptilians to ride out the heat is by aestivation. As long as they leave some lights on and some low-level energy to keep their data stored and their equipment in shape, things should be fine for a few million years.

Does this solve the Fermi Paradox?

Sandberg thinks this is not an answer but a new possibility worth investigating. That could be difficult since a civilization in aestivation is not generating any energy so it’s nearly invisible. One option Sandberg proposes is to send out self-replicating von Neumann probes. Aliens in aestivation would need to set up some sort of protection and a probe breaching it would probably generate visible energy as it was destroyed. Not elegant and it depends on technology not yet developed, but it’s a possibility nonetheless.

What would Fermi think of the Aestivation hypothesis? What do you think?

Putin May Become the First Leader to Acknowledge ETs and UFOs