Another Floating City in China and Experts Look for Causes

Before you start screaming “Fata Morgana!” and have your neighbors wondering if you’re in some strange cult (again!), most experts agree with you that the latest eerie and misty floating city to appear above a grounded one in China is one of those rare and unusual superior mirages. The real mystery that has them baffled is why they’re occurring with such frequency, not just in China but around the world.

On June 6th, residents of Wuzhong City in north central China walked outside after a severe storm that dumped hail and four inches of rain on them to see not a rainbow (although conditions were right for that kind of formerly mystical and misunderstood phenomenon too) but a shadowy image of a city appearing to float high above their own skyline. As with many of these appearances, the floating city doesn’t seem to match the city it’s hovering over … hence the meteorologically uninformed may assume it’s a ghost city, a portal to a parallel universe or some government experiment. Those in the know know it’s the result of warm air sitting on top of cooler air (from the storm or a cold ground surface) causing light to be refracted in a way that tricks the mind into picturing objects (cities, boats, mountains) where it thinks they should be, not where they actually are.

Once a phenomenon seen almost exclusively by sailors, the Fata Morgana has become more common recently and more often seen above land, as the many occurrences in China attest. What has caused this sudden increase? One thought is that the ubiquitous cellphone puts a camera in the hands of many who would otherwise have just said, “You’ll never believe what I saw at the beach!” The dense and ever-present pollution in China keeps eyes blurred and the air hazy, causing visions that might otherwise be easily identified to look strange and mysterious. 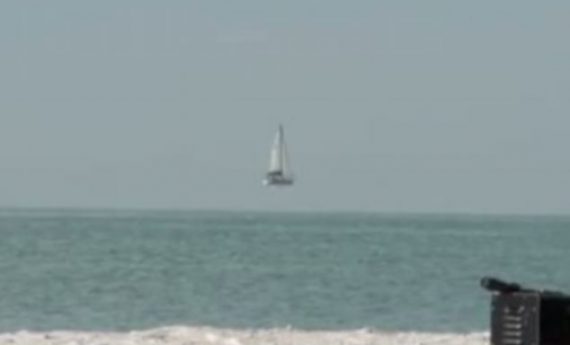 Then there’s climate change. Severe storms are occurring more frequently worldwide, causing fogs to go along with the smog in blurring the horizon. However, the superior mirages of ships seen in clear skies may be the result of atmospheric inversions being caused more often by climate change. Put them all together and it spells … 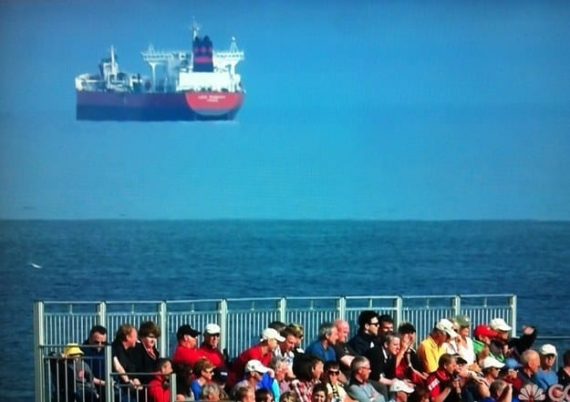 Portals into parallel universes and government conspiracies to control the weather or scare the public with holograms! There will always be skeptics and disbelievers. Keep taking pictures of strange things in the sky and keep open minds. Humanity depends on it.

Science and Psychedelics: Maybe It’s Time to Warm Up to the Study Hallucinogens