When you call yourself ‘The UFO Capital of Australia’ because of the hundreds of sightings there since World War II but you’ve had none in the past year, you tend to get worried. When there’s nothing else in your town to attract tourists besides a single restaurant, a park and a roadhouse selling gas, beer and souvenirs, you begin to wonder what you did to offend the aliens. That’s the situation right now in Wycliffe Well, Northern Territory, considered to be – until last year – one of the top five UFO hotspots in the world. What happened?

Scientists say the sky is full of Ley Lines, which act like highways for the UFO’s to travel along. But these energy lines must meet somewhere and one of those crossroads or intersections lies directly above the middle of Australia. That’s why we see so many here. 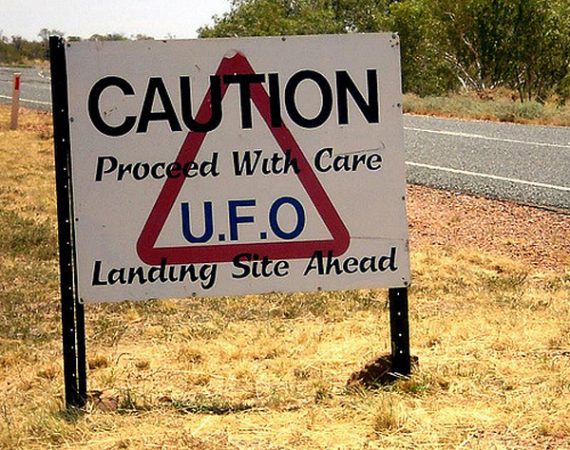 Lou Farkus is the owner of the Wycliffe Well Holiday Park and depends on that alleged Ley Lines intersection about 400 km north of Alice Springs for his survival. Wycliffe Well popped up as a watering point along the stocking route for the 3200 km Overland Telegraph Line which connected Darwin with Port Augusta in South Australia in 1872. It was a market center for troops during World War II, but after the war only two soldiers remained to keep the market open for stores in Alice Springs … and UFOs.

UFO sightings are so common, that if you stayed up all night looking, you would be considered unlucky not to see anything, rather than lucky to see something.

A binder containing descriptions and records of the sightings has been kept at the park since it opened, but the original was stolen and the current version only dates back to the 1990s. The walls of the restaurant are covered with newspaper clippings for those wishing more details.

Why Wycliffe Well? One reason might be because it’s location is completely flat and there’s no city lights to distort the 360-degree view of the nighttime sky. Another reason might be the Woomera Prohibited Area – a.k.a. Australia’s Area 51 or Area 52 – which is south of Wycliffe Well on the Stuart Highway. The 122,000 sq km (47,000 sq mile) weapons testing range – the world’s largest -- has been in operation since … you guessed it …. World War II, for testing of secret aircraft and rocketry for the Royal Australian Air Force. 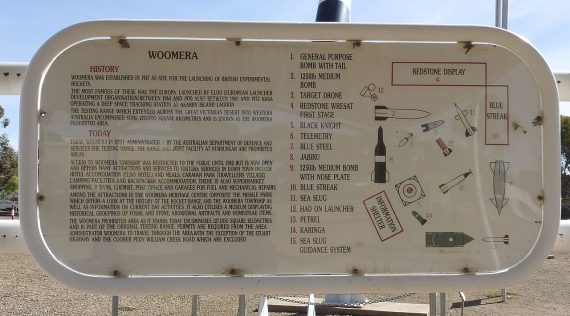 Are all of the UFO sightings actually secret RAAF aircraft? “Of course not!” say the people whose lives depend on UFO tourism, like Lou Farkus.

Sure the RAAF do flyovers from time to time, but once you seen their Jets going at Mach-1, There’s no comparison with the speed that these other things travel at. Sometimes the UFO’s travel so fast you’d literally blink to miss it. I’ve only heard of one case of someone seeing an Alien form, it was from an Aboriginal woman who said she saw a flashing object descend into the trees and then sighted three beings.

Whether they believe it’s UFOs or secret aircraft, everyone is puzzled by the sudden disappearance of bright unidentified objects in the Wycliffe Well night sky, especially when UFO sightings are on the rise elsewhere in the world. The RAAF doesn’t appear to be talking and neither are the aliens.

Has anyone asked the Aboriginal Australians?