How rich does one person have to be to exceed the limits of Earth’s tax shelters and need to hide money in outer space? If you guessed “As rich as Russian billionaire Igor Ashurbeyli,” you’re probably right. We’ll find out for sure on June 13th when Ashurbeyli holds a press conference to announce the details of the first satellite launch of the first independent nation in space – Asgardia.

Why Igor Ashurbeyli? The Doctor of Science in Engineering was born into an Azerbaijani noble family and made his billions as the founder of Socium, a small software and consulting company he grew into a multinational holding company. As an engineer, he was awarded the State Science & Technology Prize for developing a new generation of micro-technology communications systems and controls for mobile air defense systems and received a Gold UNESCO Medal for his contributions in nanoscience and nanotechnologies. 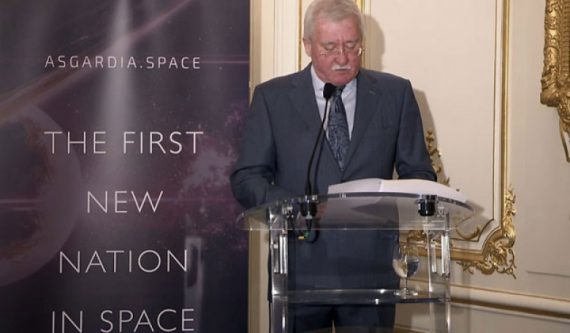 It sounds like Igor has things pretty good on Earth in Russia. Why is he so hot to create the first space nation?

The essence of Asgardia is Peace in Space, and the prevention of Earth's conflicts being transferred into space.

That’s the noble cause he and an international consortium of scientists gave in October 2016 at the announcement of the founding of Asgardia. Those up on their Norse mythology will recognize the name’s link to Asgard, a city in the sky ruled by the god Odin and his wife, Frigg. Ashurbeyli doesn’t want to be the god of Asgardia. He’s opened citizenship applications on the Asgardia website and already has over 180,000 people ready to pledge their allegiance to the Asgardia flag, which will be unveiled along with an insignia and national anthem on June 18th. They promise to live by the Asgardia calendar, which has an extra 13th month called Asgard (Ashurbeyli may be rich but he doesn’t have much of an imagination) and spend its currency. 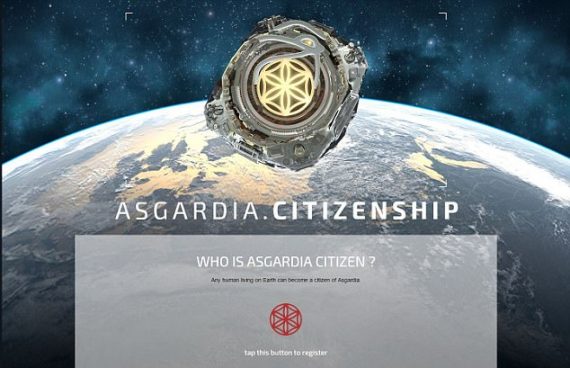 You knew it would eventually get to money. According to the company’s FCC filing required for the proposed launch in September, the CubeSat satellite Asgardia-1 (see what I mean about imagination? He needs an ad agency) will carry a 512GB solid state drive pre-loaded with data, consistent with Asgardia’s stated goal of "digitizing and storing the wealth of human knowledge in space." That ‘wealth’ could also include digital money. In an interview with Motherboard, Mark Sundahl, a professor of space law at Cleveland-Marshall College of Law, described this as the potential creation of an orbiting tax haven.

If they were to achieve statehood, they could create domestic laws to protect their nationals from any subpoenas requesting bank information. But they would become a rogue banking nation.

Those noble Asgardia constitutional goals of peace in space and building a shield to protect the Earth from space debris and asteroids takes on a different tone when there’s money involved. Could Asgardia charge Earth for the shield? Even worse, could it follow the Uber surge policy and raise prices during meteor showers?

For now, Asgardia-1 is considered to be an American spacecraft subject to US laws. However, a future launch by another country with different banking and tax laws is certain to shake things up.

This is what happens when you put billionaires in charge.