In classic Forteana, the mystery evolves around why snow is red, orange, green or pink. In Bangalore, India, residents want to know why stuff that looks like white snow appears in late May, smells terrible, kills plants, irritates their skin, burns their lungs and catches fire. It doesn’t take a classic Fortean to figure out that the answer to this mystery is not good news.

All authorities are aware of the problem. They need to give it deeper thought. 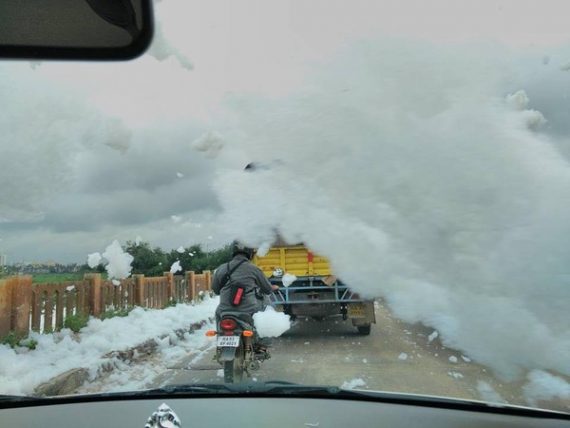 Deeper thought? Pravir B of the citizen group Whitefield Rising said this to a reporter while standing next to a wire mesh fence put in place to keep the foam in Varthur Lake, the second largest lake in Bangalore, the capital of the state of Karnataka and also known as Bengaluru and the City of Lakes. The wire fence is a less-than-deep-thought solution to the problem put in place by people working for Karnataka's Chief Minister Siddaramaiah, who soothed the fears of his constituents with these words:

The concerned minister as well as the BBMP (a local corporation) are taking care of it. There's no problem...We received unprecedented rainfall this year. We will solve it...it happens every year.

The lake was covered with plants which started drying. People were dumping waste on top of this and when they set fire to the waste and plastic, the dry plant bacteria also caught on fire. We noticed the color of the fire was orange and yellow, and when we analyzed samples, we found there was a high level of hydrocarbon, which is found in petroleum products. 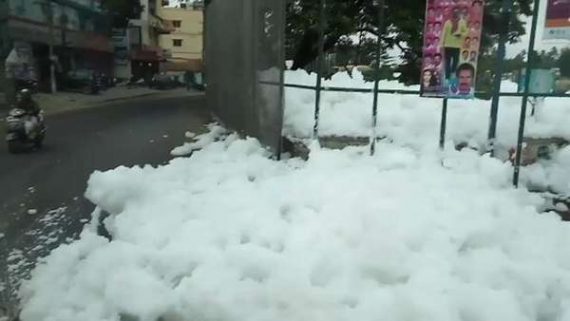 You knew that was going to be the answer, didn’t you? But why is this waste turning into mountains of foam?

The frothing in the lake clearly shows there is mismanagement. There is a sustained flow of untreated sewage and industrial waste going into the lakes. When sewage gets into the water body, nutrients, in the form of nitrogen and phosphorus go in too. The nitrogen is taken by the plants in the water, while the phosphorus gets trapped in the sediment. The rainfall and the high wind velocity churn the lakes, and the phosphorus that is trapped in the sediment is released, creating the foam.

The nice thing about a Fortean colored snow phenomena is that it eventually goes away. That’s not the case in Bangalore, where the foam seems to have a constant presence -- only the volume changes as pre-monsoon rains winds further churn the water and blow the foam over the flimsy fences to cover the city, the roads, the buildings, the plants and the people. 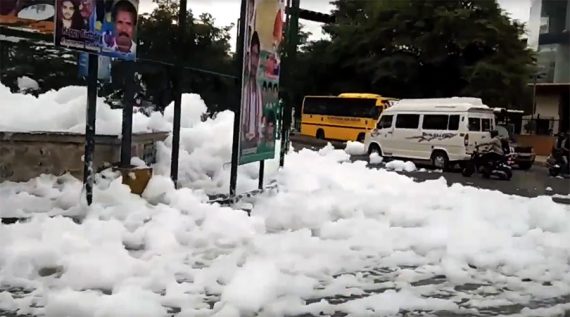 Who is responsible for the chemicals in Varthur Lake that create the deadly foam so that the government can stop or at least regulate them? Unfortunately, the list is long and the players are powerful. Not only do companies simply pour their pollutants in to the lake, garbage hauling companies pull right up and dump their loads under the watchful gaze of CCTV cameras.

There is a lack of sincerity. This problem could have been solved in two years. Unless there's pressure from the judiciary, things don't work.

Pressure? How about inviting the politicians to a foam party at a local dance hall and not letting them out until they show some sincerity? 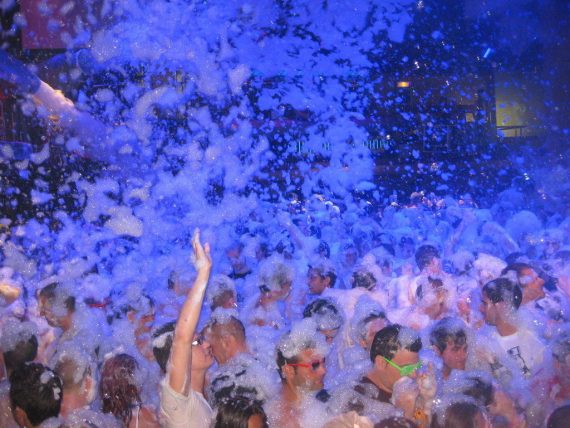 UFO Hoaxes: When Things Get Complicated