Strange mysteries seem to gravitate to some places, and oddness and enigmas gather about them like flies to a rotting corpse. Here in these realms of the strange we can find a mish-mash of legends, myths, and real cases of the unexplained, perhaps all of it congealing together into some vague idea of what the truth may be. One place that has proved to be ground zero for some truly bizarre stories is a mountain that lies in one of the most beautiful spots in Europe, and which perhaps cloaks its real, sinister nature in a veneer of natural magnificence.

Located amongst the Berchtesgaden Alps, which straddle the border between Berchtesgaden, Germany and Salzburg, Austria and looming over the Salzburg Basin and Salzach Valley a table-top mountain, technically a massif, known as the Untersberg, which directly translates to “under-mountain.” Most famous for its lopsided shape and for being featured in the beloved musical film The Sound of Music, and rising around 1,973 meters (6,473 feet) over its surrounding vistas, the mountain has a commanding presence, and is a popular destination for tourists from nearby Salzburg, Austria, who come here to see the stunning natural splendor on display and enjoy a myriad of outdoor activities.

This majestic formation, with its vast natural beauty, also has a range of strange legends associated with it, such as that it is the resting place of the Holy Roman Emperor Frederick Barbarossa (1122 – 1190), who is said to slumber there awaiting a resurrection that will herald the end of the world, and another well-known legend saying that the great king Charlemagne lives on or within the bowels of the mountain surrounded by dwarf-like creatures called Untersberger Mandln. Indeed the mountain has long been said to be inhabited by various demons, spirits, strange beasts, lost civilizations, and dwarf-like beings. It was legends such as these that allegedly drew the attention of Hitler, who by some accounts became absolutely obsessed with the mysterious mountain, building a house on the nearby Mt. Berghof, on the Austrian border, from which he purportedly fanatically watched the Untersberg with special high powered telescopes. It is said that he believed the mountain held supernatural energies and entities that he hoped to harness and tame for his own nefarious purposes.

Whether the mountain truly holds such paranormal secrets or not is unknown, but there certainly are various tales of high strangeness from here, often inextricably mixed in with the legends and lore, and the Untersberg has become known as a place very steeped in the world of the weird. One persistently reported phenomenon from here is that of missing time and suddenly finding oneself in a different area without any explanation, as if one has been spontaneously teleported. Hikers have reported losing consciousness and then waking up in an unfamiliar part of the mountain with minutes or hours missing and unaccounted for. In some of these odd reports the person has inexplicably travelled many miles away within the span of just a few minutes, and such tales have stirred up speculation including that the mountain holds vortices of some sort that have the power to teleport people, time warps, or that these are victims of alien abductions, which would be somewhat fitting considering the Untersberg is a hotspot for UFO sightings as well.

One of the weirdest stories concerning the anomalies of missing time and teleportation at Untersberg was described by the Austrian author calling himself Stan Wolf, his pen name, in a 2011 book titled Gems of Dominion: Mysterious Mount Untersberg, which would end up expanding to encompass a full 6 volumes. Wolf claimed that he actually went to the mountain with a friend and actively searched for these time slips, actually finding some locations where their watches would diverge by seconds or minutes. After exploring more of the area, Wolf says that they came across a group of men living in one of the many caves of the mountain, and that these people claimed to be SS soldiers from World War II, still young and under the command of the notorious SS general Hans Kammler. Bizarrely, the alleged soldiers appeared to have had no idea that so many years had passed, and seemed to truly believe that the war had ended only months before. Wolf then ascertains that the cave they had been hiding out in displays a major temporal anomaly, with time passing by at a much slower pace within its confines. 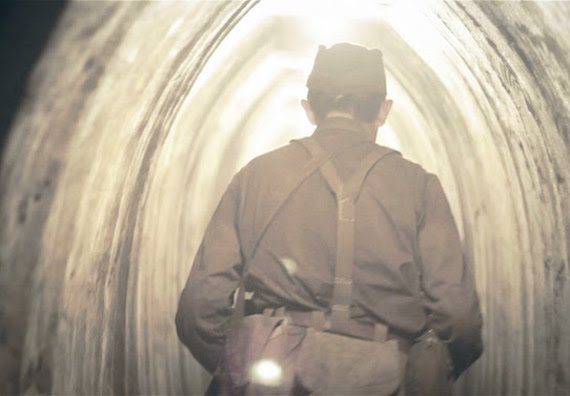 Wolf’s explanation for the time anomalies is every bit as far-out as the phenomena itself. He claims that in 1220, a group of the Knights Templar returning from a Crusade was in the wilds of Mesopotamia when they suddenly encountered an apparition in the form of the goddess Isais, who instructed them to build a dwelling upon the faraway Untersberg. The goddess then supposedly gave them strange black gems called “Gems of Dominion” to take with them. The knights did as they were told and constructed a temple for Isais within a cavern in the mountain, after which she would appear again with a series of prophecies and information concerning a variety of secret knowledge, such as the location of the Holy Grail. It is these Gems of Dominion that are said to have the power to slow down time, among various other abilities. It is important to note that while the books are presented as straight fiction, they are also advertised as based on true events, and the author himself cryptically suggests that they are the truth merely masquerading as fiction, saying:

Many things are too unfathomable to write them down like that. Perhaps they even should stay hidden, for the human mind accepts only what is familiar with. Therefore I am writing this book in the disguise of a novel. It is up to each reader to decide what he will acknowledge as true.

Is any of this book true, is it just a bunch of made-up nonsense, or a mixture of both? Who knows? Another idea is that these cases of purported temporal or spacial displacement might be due to numerous portals scattered about the mountain that supposedly lead to other realms or dimensions. The Germans apparently believed that such portals could be found in the mountain’s extensive cave networks, and indeed at the end of the war many of Hitler’s men are said to have retreated into these caves in order to escape to other dimensions, never to be seen again. Others have reported passing towns or villages that were not there when they returned, possibly glimpses into some other dimension. 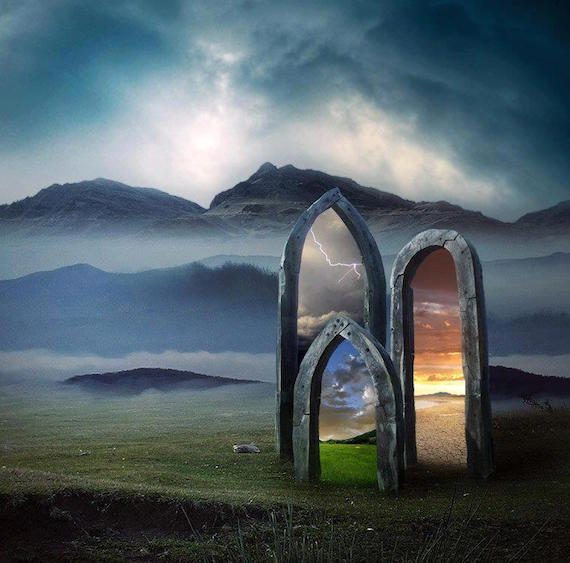 Whatever is the cause of these phenomena, it could be linked to one of the biggest mysteries of the Untersberg, which is that of persistent vanishings that have supposedly occurred here, with hundreds of people allegedly having disappeared here to never be seen again. This apparently happens so often that newspapers of the region regularly carry stories of people who have gone missing on the mountain, such as the 2001 vanishing of 39-year-old Max Brandl, who on October 19 of that year parked his car along a hiking trail, set off on a walk, and never returned. An extensive, 7-month search combed the entire area and found not a single trace of the missing man. There is also the case of a young couple who vanished here in 2008, but could not be located despite intensive land and air searches. And on and on it goes, with the area considered to have a disproportional number of such disappearances. One idea is that these people have just fallen down into one of the many caves and caverns in the area, but others point to more mysterious forces at work.

Even more bizarre are the cases of missing people on the Untersberg who have vanished only to reappear later under strange and mysterious circumstances. One such account is that of a hunter named Michael Hulzogger, who in 1738 vanished into thin air on the mountain. Exactly one year later, the missing man came wandering up to his own memorial service in a dazed state. He apparently refused to tell anyone where he had been or what he had been through, finally agreeing to tell only the Archbishop Firman of Salzberg, who was so upset by what he heard that he reportedly resigned from his position and never spoke of it again.

An even stranger account is said to have taken place in 1858, when an entire wedding procession claimed that as they walked a mountain path on their way to the wedding reception, a rock wall opened up from which emerged an elderly, gray haired man who invited them to follow him. When the group went through the mysterious passage, they found themselves in a vast city under the mountain with a plenitude of gold, jewels, and luxurious surroundings. The party was treated to an opulent buffet of food and drink and then supposedly fell asleep. When they woke, they found themselves in different surroundings amongst people who spoke strangely and wore odd clothing. They made it back to the church where the wedding had taken place, but even this place seemed different and the priest was also a different person. When they told the priest what had happened and asked where the rest of the wedding was, but he had no idea of what they were talking about. The priest decided to look into it and found that a wedding procession had vanished in the area, but the most bizarre detail of all was that they had disappeared over a hundred years before. 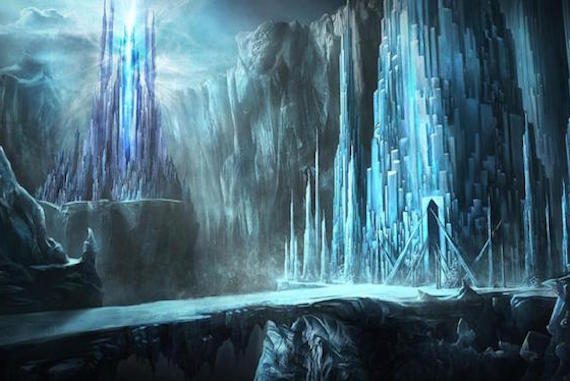 One of the more recent and most well-known of these weird cases concerns a group of three tourists from Munich, including a married couple, disappeared while exploring on the mountain in 1987. The only trace of them found was their abandoned car, and supposedly no other sign of them was turned up despite a massive search. The missing people were considered to be just more victims of the mountain, but a full 3 months later relatives of the vanished group received a phone call from them explaining that they were on a ship in the Red Sea headed for Alexandria, Egypt. When asked where they had been during the previous 3 months, none of them seemed to have any idea of where they had been or why they were on that ship, and indeed they seemed to not even be aware that so much time had passed.

As much as it is a place of beauty and enchanting vistas, the Untersberg is also one of strange mysteries and unexplained phenomena. It is a place of myth, legend, and weirdness that may perhaps always be beyond our capability to comprehend. Whatever the answers to these various enigmas may be, this is a place still steeped in a mixture of legend, myth, and unexplained phenomena, a place as bizarre as it is beautiful.

Earth Could Face A Grave Asteroid Threat This Autumn