Can you believe this weather? It’s so hot in India, a chameleon crawled onto a pipe to get a drink and was mummified before it could get any water!

That wouldn’t get a laugh in a late night talk show monologue and definitely wouldn't get any in India either where the oppressive heat in what is still early summer appeared to have quickly killed and mummified a chameleon on a water pipe. Or did it?

That was the headline on a tweet last week by writer and wildlife filmmaker Janaki Lenin. Below it was a photograph of said and dead lizard – an Indian chameleon (Chamaeleo zeylanicus) with its cold dead hands wrapped around the pipe where it went to the happy herpy hunting grounds. 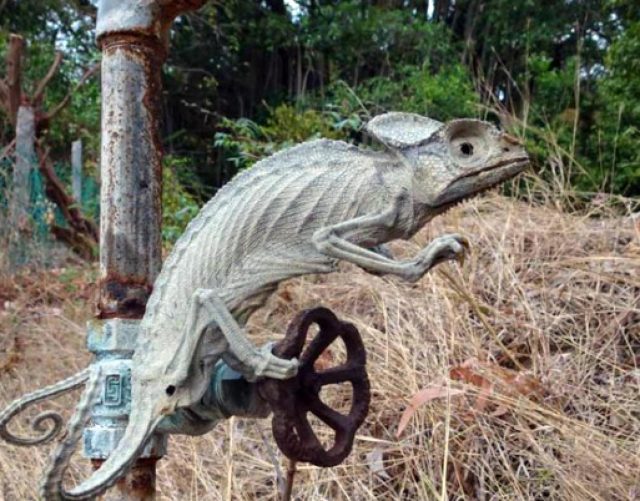 "The tragic story of a chameleon. He must have remembered drinking water from this pipe a couple of years ago. But we had disconnected it."

In an interview with Live Science, Alan Resetar, manager of the Amphibian and Reptile Collections at the Field Museum of Natural History in Chicago, says this may be an example of natural mummification at work. After the animal died, the intense sunlight, dry heat and dry wind of India would have dried the outside of the chameleon quickly. Lenin says she noticed two small holes in the lizard’s skin. Resetar believes those indicate ants quickly bored into the innards of the lizard and ate its internal organs, hastening the drying out of its insides as well. The end result was a chameleon completely mummified before it could decay while still holding its death grip on the pipe.

Christopher Raxworthy, the curator-in-charge of the Department of Herpetology at the American Museum of Natural History in New York City, declared it a hoax.

"I suspect someone put the dry chameleon on the pump as a joke, or to stage this."

Raxworthy says dying chameleons are too weak to hold on to pipes or branches and fall to the ground. While that may be true in some cases, Lenin says her family farm is in a remote area and locals won’t touch Indian chameleons – dead or alive – because they believe they’re venomous (they're not). She’s sticking with the sticky story. 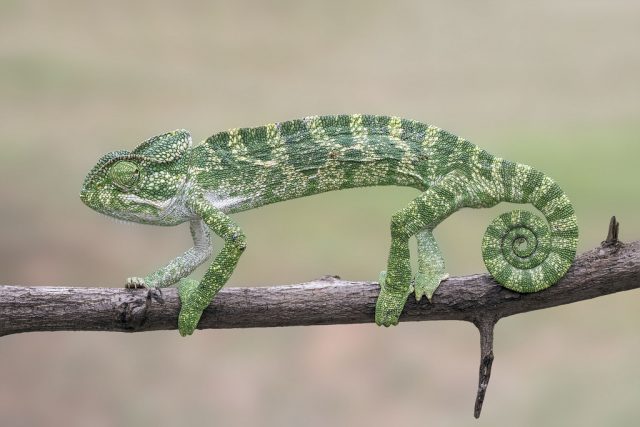 Whatever the case, the bigger issue is the oppressive heat wave that killed the lizard and many Indians as well. The dead lizard may be the chameleon in the coal mine warning about … you guessed it … climate change. Because reptiles in the tropics are already living in temperatures that are at the upper limit of their survivability, even a small increase puts them in fatal heat stress.

While we continue to argue about climate change, we can at least agree that Mummified Chameleons would be a great name for a band.