We’ve all seen Jurassic Park and its sequels. We’ve all heard about the scientists in Siberia who found a frozen woolly mammoth and are trying to find suitable cells to clone one. Given the opportunity and the right technology, have you ever thought about what dinosaur you would bring back from extinction? Triceratops? Tyrannosaurus rex? Pterodactyl? Those would be great for their looks or destructive abilities, but if you were thinking about bringing back a creature that tasted good and had plenty of edible meat, a better choice would be the Progura gallinacea, better known as the giant flying turkey.

According to a new report in the journal Royal Society Open Science, fossils of the Progura gallinacea were discovered in Australia in the 1880s and misidentified by natural historian Charles Walter de Vis as belonging to a "giant ancestral pigeon." That boring description carried to the 1970s when similar fossils were found and were also misidentified as being the same species. However, as more similar remains were found in Queensland, New South Wales, South Australia and Western Australia, scientists recently decided to take another look.

"These discoveries are quite remarkable because they tell us that more than half of Australia's megapodes went extinct during the Pleistocene Epoch, and we didn't realize this until now."

The research was led by Flinders University PhD candidate Elen Shute, who determined that the fossils were from not one but five different species of megapodes, which are birds that incubate their eggs by burying them under mounds of decaying vegetation or sand to keep them warm until hatching. The five species -- Garrdimalga mcnamarai, Progura gallinacea, Progura campestris, Latagallina naracoortensis and Latagallina olsoni – lived across Australia during the Pleistocene era which occurred between 5 million and 11,000 years ago.

Yeah, yeah, yeah … what about the giant drumsticks? 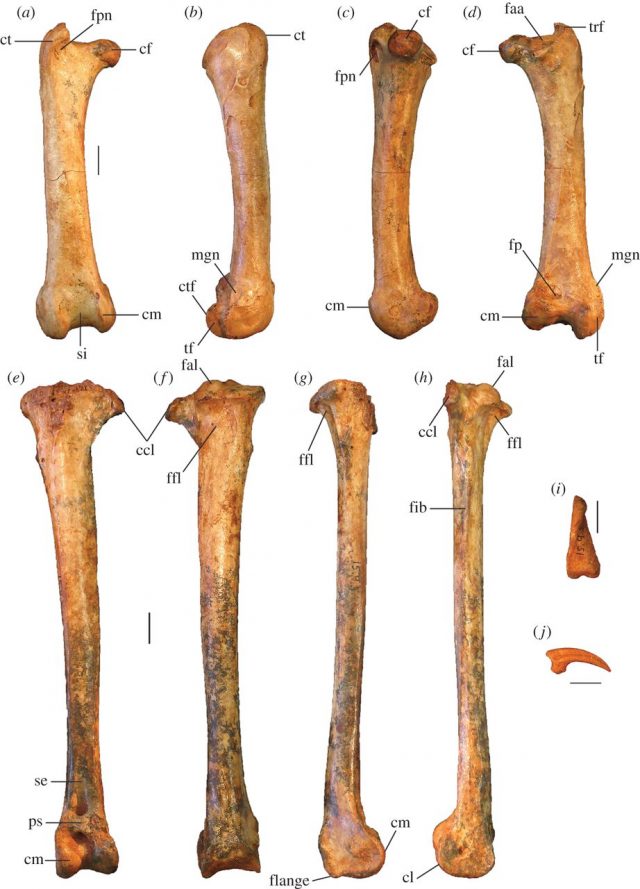 The birds were estimated to have weight from 2.9 kg (6.4 pounds) to a whopping 8 kg (17.6 pounds) for the Progura gallinacean and all could fly and roost in trees. That may not sound big when compared to today’s genetically-enhanced domestic turkeys, but the prehistoric bird stood over a meter high, making it taller than the grey kangaroo and equipped with drumsticks the length of baseball bats.

Mmm. So, where are they now? Shute estimates that the birds went extinct about 40,000 years ago, some time after the arrival of humans … humans who had tools for killing, carving and basting. That’s one theory on their demise, but Shute admits a case can also be made for climate change. An accurate answer may soon be determined now that the fossils have been correctly identified.

Let’s go back to the original question. If you had the ability to bring back an extinct species, would you choose one that you’d like to look at, study or eat? At three feet of tasty turkey meat, Progura gallinacea would probably go extinct again. 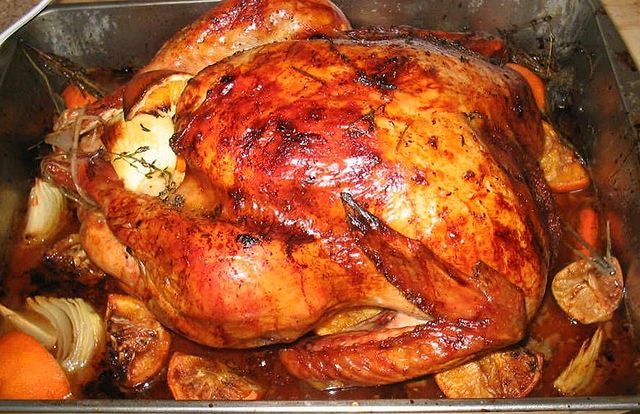