What scares you more … toddlers or a haunted house? How about toddlers IN a haunted house? If none of that fazes you, there’s a $64,000 (£50,000) a year nanny job waiting for you in Scotland. A family is advertising around the world for a nanny to care for their two kids and multiple ghosts after losing five previous nannies in less than 12 months. How bad can it be?

"We have lived in our home for nearly 10 years. We were told it was ‘haunted’ when we bought it, but kept our minds open and decided to buy the house regardless. Five nannies have left the role in the last year, each citing supernatural incidents as the reason, including strange noises, broken glass and furniture moving." 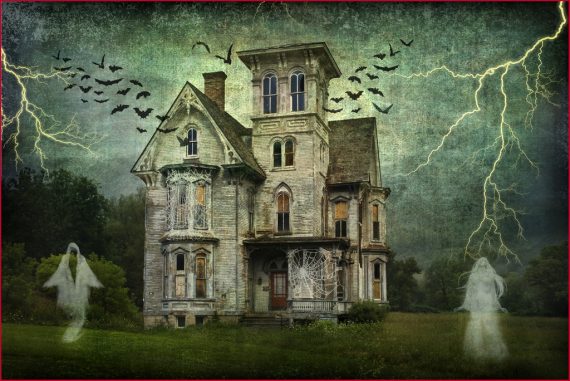 The anonymous ad was placed on the nanny-locating site childcare.co.uk by a couple in Jedburgh, Roxburghshire. Owners of the site noticed a lot of activity on the ad and assumed it had to do with the generous annual salary and 28 days of vacation plus bank holidays. Then they read the ‘fine print’.

"We haven't personally experienced any supernatural happenings, as they have been reported only while we've been out of the house, but we're happy to pay above the asking rate, and feel it's important to be as up-front as possible to find the right person."

“We haven't personally experienced any supernatural happenings” … yeah, right. If you believe that, you probably also believe that the children, ages 5 and 7, are little angels who will be no trouble at all on those long nights (up to four per week) when the couple is working late and you’re in the big haunted house alone with the kids and the ghosts. Isn’t this the plot of at least a dozen movies that don’t turn out well?

$64,000! Keep repeating this over and over as you fill out the application. The nice couple points out that there’s a spectacular view of the Scottish Borders, it’s a spacious historic property and you get your own “comfortable room with en-suite bathroom and private kitchen.” And $64,000!

While you’re thinking about all the ways you can spend that money in Scotland, you probably overlooked the fact that there’s not much in the ad about the ghosts, other than the “strange noises, broken glass and furniture moving.” Was someone murdered there? Is it built on an old cemetery? Some royal scandal hidden there?

$64,000! Twenty-eight days vacation! Your own bathroom with a view!

"We are keen to find the perfect long-term nanny, so if you’d like to be considered for this rewarding and exciting position, please do get in touch with us."

Just don’t look out the window after dark.