July 2 of this year will mark the 20th anniversary of the release of the movie Men in Black, which starred Will Smith, Tommy Lee Jones, Linda Fiorentino, and Rip Torn. It was an incredibly successful movie that pulled in close to $600 Million in box-office takings. Men in Black II surfaced in 2002 and made a more than respectable profit, and the third movie in the series - Men in Black 3 - did even better, with box-office figures reaching more than $620 Million. Based on Lowell Cunningham's comic book series, Men in Black, the movies most definitely brought the MIB of UFO lore to the attention of millions of people - and all around the world. The movies did something else, too: they cemented in the minds of most people the image that the MIB are the operatives of a highly secret agency which is buried deep within the heart of the U.S. Government. The reality, however, is very different.

Of course, the three Men in Black movies are meant purely as entertainment for the whole family - which they certainly are. But, when it comes to the real Men in Black, matters are much darker. In fact, way darker. And, I'm not talking about the color of the suits. It's ironic that the movies portrayed the Men in Black as what we might term "ufological 007's," as the "secret agent" angle is actually the most unlikely explanation for the MIB.

As a quick aside, I well remember that when the first Men in Black movie hit the cinemas, certain pompous ufologists complained and moaned that Hollywood's MIB were far different from the Men in Black of the real world. Give me a break and lighten up. Develop a sense of humor and don't be so defensive: the movies are fiction and fun. And that's all they are meant to be. And, there is nothing wrong with that. With that said, let's now get back to the MIB of fact, rather than of fiction.

"Men" is probably not the best or most accurate way to describe the strange creatures that are known as the MIB. Imagine a pale-faced or "olive"-faced character whose skin looks like plastic-meets-Botox. On top of that, there are the odd, dark wigs that the Men in Black are described as so often wearing. Bulging, staring eyes are often reported. Mumbled words, near-robotic tones, and an almost "programmed"-like nature are typical of the gruesome MIB, too. In some cases, the Men in Black are short in the extreme - often around only about five-feet in height. In contrast, however, there are those MIB who are reported to be in excess of six-and-a-half feet in height.

An ability to control the minds of their victims is something that pops up a lot in MIB cases. No, we're not talking about the "Neuralyzers" of the MIB movies. It's more akin to a strange form of hypnosis. And, don't get too close to the MIB. In fact, stay away from them whenever and wherever possible. Why? Because the history of MIB encounters reveals more than a few cases in which the Men in Black appear to have "supernaturally infected" those they targeted. As weird and menacing as it may sound, accounts of people falling sick, feeling ill, and developing serious diseases in the aftermath of encountering the MIB are not at all uncommon. 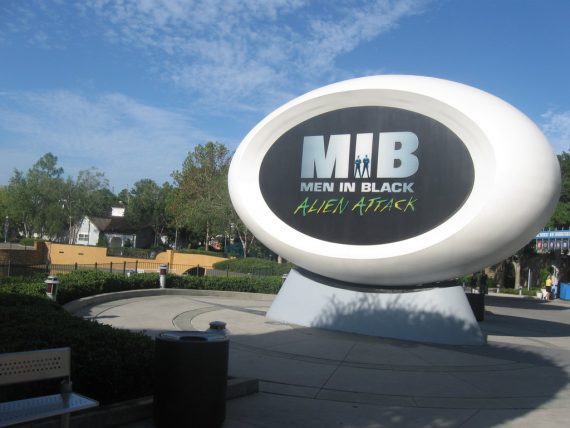 Then, there are the paranormal overtones to the mystery, such as witnesses experiencing strange odors in the home after the MIB have left for pastures and victims new. Sulfur, brimstone, and "rotten eggs," are typically the odors reported. Users of Ouija-boards talk about encounters with the MIB, typically of the "Shadow Person"/"Hat Man" variety. And let's not forget the cars of the MIB. In the movies, they are high-tech vehicles that can outperform just about anything and everything else on the road. And, of course, they are black in color. In our world, the "Cars in Black" are no less strange. For example, they are eternally and paradoxically old, but also look brand new. 1950s-era Cadillac cars are a favorite of the MIB. Eyewitnesses describe the cars vanishing before their eyes - becoming invisible, winking out of existence, and even taking to the skies!

Unlike the characters portrayed by Will Smith and Tommy Lee Jones, the real MIB have far more than just UFOs on their minds. Seen Bigfoot? Maybe a lake-monster? If you have, chances are that you just might, one day, incur the wrath of the Men in Black. Pennsylvania-based researcher/author Stan Gordon has uncovered a number of Bigfoot-MIB cases. There are several reports of MIB roaming around Loch Ness, Scotland. And, I don't have to tell you what lurks in its darkened depths.

As all of the above collectively shows - and although we certainly have the three movies to thank for elevating the MIB phenomenon to stratospheric levels - there are big differences between Hollywood's Men in Black and those who have plunged more than a few people into states of terror and paranoia. No doubt, when the 20th anniversary of the release of Men in Black arrives in just a few weeks from now, we'll see and hear much more about the MIB...