Old, Creepy and Dressed in Black

My previous article was on the subject of a disturbing 1977 encounter in California, as reported by a woman named Terry and which involved a very, very old Man in Black. In light of that, I thought this might be a good time to demonstrate to you that such reports are not at all uncommon. While reports of this "oldie" kind are are certainly not teeming in number, there are definitely more than enough on record to suggest they should become a specific sub-category of the overall Men in Black phenomenon, and in much the same way that suggestions have been made that the Shadow people, The Hat-Man, and the Grinning Man should all be categorized in the Men in Black domain. Here's one such account that stands out as being particularly odd, but relevant, too.

Neil Arnold hails from the county of Kent, England, and is the author of many acclaimed titles of a mysterious and supernatural nature, including Monster! The A-Z to Zooform Phenomena; Mystery Animals of the British Isles: Kent; Shadows in the Sky; and Paranormal London. Of his personal and surreal exposure to the Men in Black phenomenon, Neil relates two stories of bizarre proportions. In his own words...

"During the early ‘90s I was with two mates out walking at night, and I’d just got the reissues of The Unexplained magazine - and we saw a strange, hanging, dull yellow light in the sky which at first we took to be a firework about to explode. It was late October. The light eventually came over us, at quite a height and the light vanished (I believe because it was on top of the object). But the underside revealed a circle of lights and we watched in amazement as this thing silently glided over the houses out of sight. I recall a chap walking his dog who also looked up at it and everything was very quiet. Although I don’t recall it, when I spoke to one of the guys many years later (I lost touch with him shortly afterwards) he stated quite categorically that we lost about an hour in time. 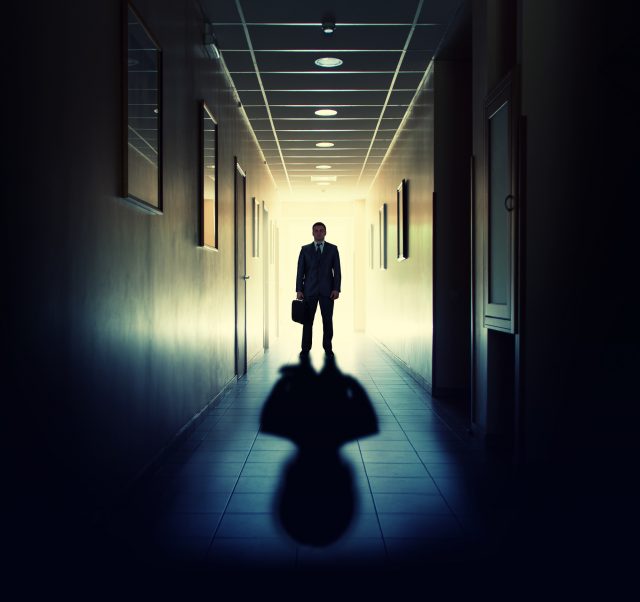 "This is not something I’ve ever taken seriously, but anyway, a month or so later I began writing a lot about MIB’s and UFOs, and the same two friends visited London to buy records. It was early afternoon and we were sat in the MacDonald’s in Leicester Square. I was facing the door, one of my mates faced me with his back to the door, and my other mate sat side on. I recall looking up over my mate’s shoulder (the mate who was facing me) and there was a guy sitting there.

"He was about ten-feet away, staring, what I felt, right into my soul. He was about 60-70 years of age [italics mine], he had grey hair slicked back, wide, staring, unblinking eyes. He wore a black suit, white shirt and a dark tie. Strangely, he had no food on the table, or no newspaper and he just sat staring at me. I went to mention it to my friend who was facing me and my mate just shuddered and said, 'I know!' He said he could sense this guy. We actually got up and left straight away...very odd."

In related fashion, there is this from Neil: "I also have a relative who in the ‘80s saw a UFO and went to the local phone box to report it to the newspaper. As soon as he entered the phone box a man appeared by the phone box and was staring in rather menacingly. My relative thought the man wanted to use the phone and so he motioned he wouldn’t be long, but the man still stared. The man wore a dark suit. My relative came off the phone and said to the man: 'You can use it now.' But he just stood there. My relative told the newspaper that he would go to their offices to tell them of the sighting, but as soon as he got on the bus he got a shocking headache. He thought he was going to pass out but persisted, but when he got to the office no-one working there knew what he was on about and they all said they hadn’t received a call from him."

The Commercialization of Bigfoot: Culture, Consumerism, and Cryptozoology