Russian Satellite Will Be Brighter Than Stars and Planets

Astronomers are already pretty upset about all of the ground light humans are generating that brightens the night sky and forces them to put telescopes on the tops of mountains or in space to escape the star-hiding glare. Now they’re about to get even madder. Russia is set to launch a crowdfunded satellite that is predicted to be brighter than all stars and planets in the sky, ranking behind just the Sun, the Moon and possibly Venus in intensity. How do astronomers show their anger? Will they turn their telescopes towards the bedroom windows of those responsible and start posting revenge porn? 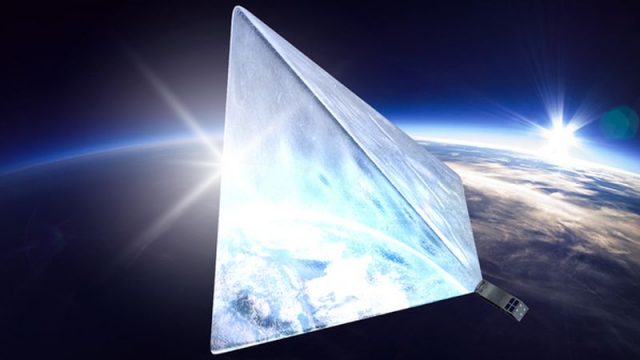 Mayak, which means either ‘lighthouse’ or ‘beacon’ depending on if you’re warning or looking, was announced in early 2016 with a crowdfunding campaign which eventually surpassed its 1.5 million rubles ($35,350 US) goal to build a cute little bread-loaf-sized cubesat that would be launched into orbit where it will do its best Transformer imitation and unfurl into a massive 16 square meters (170 square feet) pyramid-shaped solar reflector made out of thin polymer film. What noble or scientific function will this py(ramid)-in-the-sky serve?

“A star that will remind the world who was the first in space and will show that not only states and corporations can contribute to space exploration.” 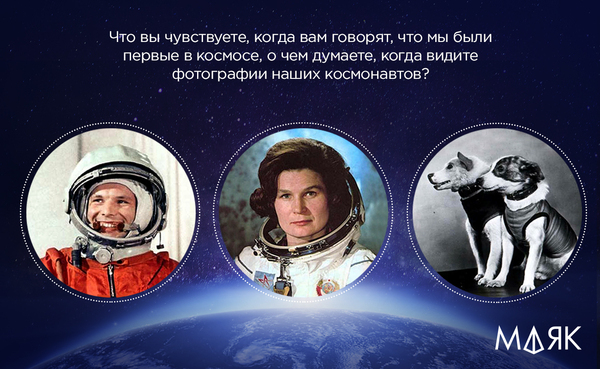 According to the crowdfunding page, the purpose of Mayak is bragging rights. The Russians were the first to launch a satellite, the first to put a dog, man and woman in space and now will be the first to blind us by bragging. To soften the blow, the site tries to give Mayak an additional noble cause of testing “the system of aerodynamic braking, which will help to find a solution to the problem of space debris!” They have to create space debris in order to prevent it. How Orwellian.

It gets worse. Start singing “Twinkle, twinkle, little sat” because Mayak will not be stationary in its orbit 600 km (3,728 mile) above the Earth. According to its specs, “Mayak will be put into a tumbling motion over all axes, with at least 1 revolution per second.” Most estimates are putting its sparkling glow at between a brightness magnitude of -3.6 (behind the Sun, the Moon and Venus) and a magnitude of -10, which is brighter than Venus.

Can Mayak be stopped? Probably not. It’s scheduled to be launched launched on a Soyuz 2.1v rocket from Baikonur Cosmodrome in Kazakhstan on July 14. Once this Russian ego-booster is boosted into space, it’s all over, says Nick Howes, an astronomer and former deputy director of the Kielder Observatory in Northumberland.

“We fight so hard for dark skies in and around our planet. To see this being potentially ruined by some ridiculous crowdfunded nonsense makes my heart simply despair.”

You don’t want to despair a stargazer with a powerful telescope. All of you who crowdfunded this project would be wise to keep your shades down.

Thai Police On The Lookout For Entrail-Eating Female Ghost