Signs of a Skull Cult Found at World’s Oldest Temple

It’s no secret that strange things have gone on in temples for thousands of years. Now we can say they’ve gone on since day one. Researchers digging at the site of the world’s oldest known temple have discovered 11,000-year-old skull fragments with carvings in them indicating that they had possibly been used by the world’s first skull cult. Could this also be evidence of a Neolithic metal band?

According to a new paper published in Science Advances, archaeologist Julia Gresky and her German colleagues have been digging in Turkey at Göbekli Tepe, the site of the world’s oldest known megaliths – stone rings made of pillars standing up to 13 feet (4 meters) tall. While it does not appear to be a burial ground, the archaeologists found 691 human bone fragments there, including seven pieces that seem to be from three different skulls.

That’s where it gets interesting, says Gresky.

“These skulls had deep cast lines on the surface, not just cut marks which you would expect in de-fleshing, such as through animal scavenging of the corpses. The carvings were intentional, people had cut in the same area many times – I had never seen anything like it before.”

Analysis of the skulls indicated that they had been de-fleshed right after death and the grooves and cuts were made soon after. One skull had a manmade hole 0.2 inches (5 millimeters) in diameter at the top and grooves running from the hole down to the ears and the back of the head and across the forehead. That pattern was probably made by cords wrapped around the skull so it could hang from a beam or ceiling. Red ochre on the pieces reinforced the idea that it had been used for rituals by ...

“Modified skull fragments from Göbekli Tepe could indicate a new, previously undocumented variation of skull cult in the Early Neolithic of Anatolia and the Levant.” 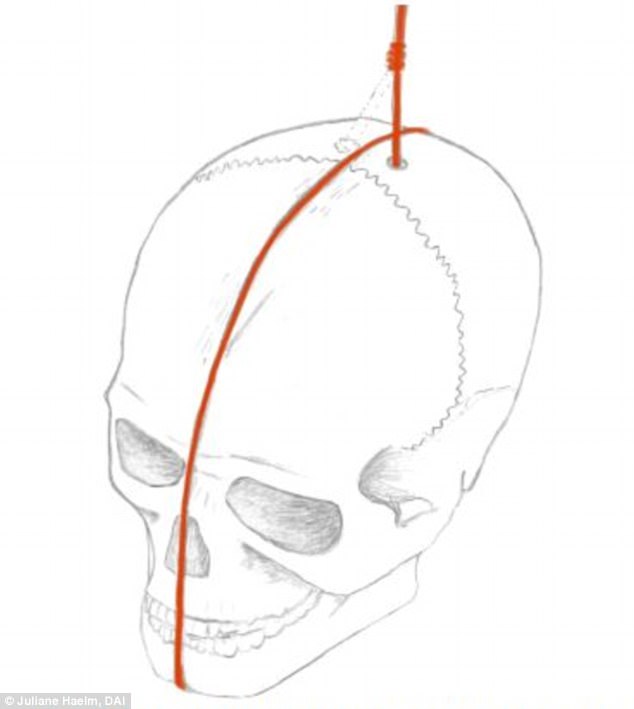 Skull cults were known to venerate or stigmatize the dead by digging up the corpses and decorating or desecrating the skulls. Revered ancestors might get the red ochre and feathers before hanging while the skulls of enemies would be dishonored with crude carvings. What’s puzzling to Gresky is that these skulls showed signs of both. In either case, the grooves also stretched down to the bottom of the skull where cords may have been used to hold the jaw in place. If you’re going to hang skulls in your temple, you don’t want them to look drunk.

While this new discovery is unusual and somewhat macabre, it was not totally unexpected. Stone carvings at Göbekli Tepe show headless bodies and body-less heads and there are sculpted heads that appear to have once been on statues but were knocked off and put on display among the megaliths. Again, this is another indication that the place was run by a skull cult.

Was it a good cult or a bad cult, Dr. Gresky?

"At the moment, we can't say what is the most probable. That will take some time and hopefully more skeletons."