With a full eclipse of the sun passing over the U.S. on August 21st, Americans are planning backyard eclipse-watching parties. That’s nothing. During the 16th century, four total solar eclipses occurred in the Nepeña Valley of Peru in a span of just 22 years and Peruvians were so excited, they watched them from inside a pyramid shaped like a volcano. Now THAT’S a party room!

The 15.5 meter (50 foot) tall earthen mound was discovered in the 1960s but not investigated and has been referred to by various names -- Wanka, Huaca de Muro and El Bocón. However, the hole dug in the top makes the mound resemble a volcano so the name El Volcán has stuck. Why a mound or pyramid shaped like a volcano was built in an area where there are no actual volcanoes is a mystery, but not enough of one for further study. In fact, archeologist Robert A. Benfer from the University of Missouri was looking in the area for mounds shaped like animals when he came across El Volcán and decided to dig around and in it for clues to its purpose. 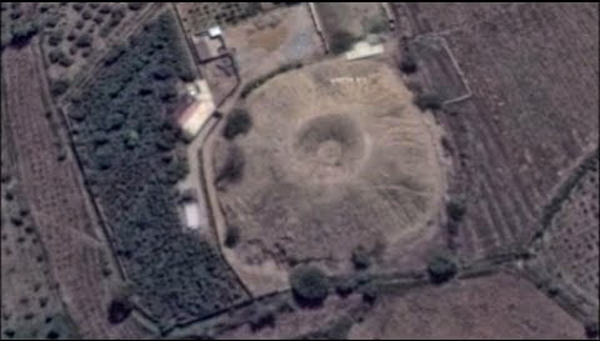 While the pyramid itself appears to date back to 900 BCE-200 BCE, a trench dug along the south wall of El Volcán revealed a more recent collapsed stairway, a row of adobe bricks and part of a floor. Excavation inside the hole at the top uncovered a fireplace inside the pyramid. According to the report published in the current edition of the journal Antiquity, radiocarbon dating of the charcoal in the hearth indicated that it was used from 1492 CE to 1602 CE.

Those dates didn’t mean much to the researchers until they were compared to astronomical charts which showed that El Volcán was under four total solar eclipses in the years 1521, 1538, 1539 and 1543. Is this unusual? More like extremely rare, says Benfer.

The chances that four solar eclipses could occur during the probability distribution of the radiocarbon date of the hearth is less than 0.0003. 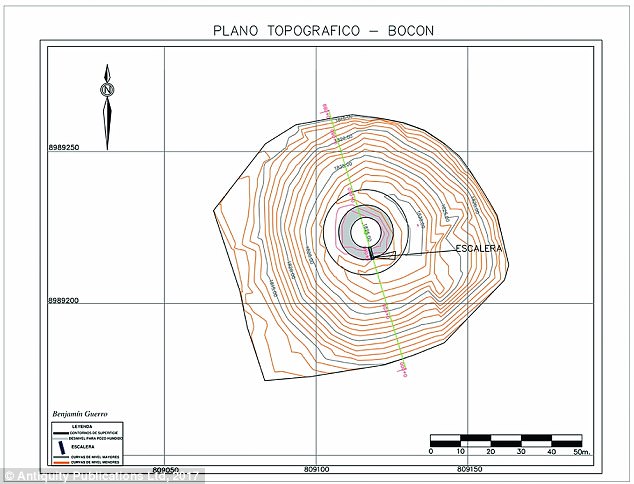 That’s enough for the archeologists to speculate that the fires in the hearth were connected to the eclipses, most likely as part of celebratory eclipse-watching ceremonies by the Yungas who lived in the area at that time. Benfer describes in the study what this may have looked like:

Possibly the El Volcán hearth was a place celebrating the victory of the moon (and the sea) over the sun (and the land). It could also have marked the final use of this unique structure.

Victory of the moon over the sun. That sounds like a great theme for an eclipse party. Now if only the neighbors will allow a 50-foot pyramid in the backyard …