This year marks the 30th anniversary of the publication of what still remains a fascinating and controversial book. The book is titled "The Demonic Connection" and the subtitle is "An Investigation Into Satanism in England and the International Black Magic Conspiracy." The author is Toyne Newton (with Charles Walker and Alan Brown). It's a book I first read when it was published, and which I still pick up and read again every few years. Much of the story is focused upon Clapham Woods, an area situated in the English county of West Sussex. Martin J. Clemens says of the woods that they are "...to the north of the small village of Clapham. Historically, Clapham has been an archetypal English village, one that’s been around, likely, since Saxon times. Over the last 300 years, it has remained largely hidden from the outside world, except, that is, for the last four decades." 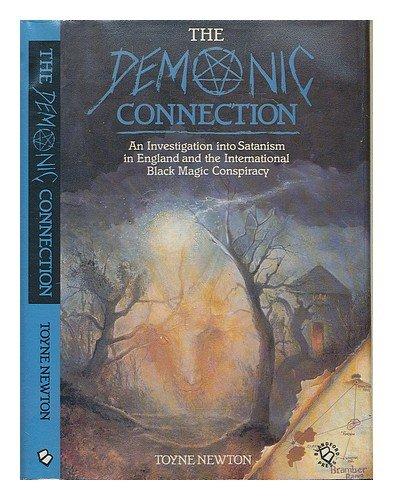 The "four decades" comment is a very apt one. For years, Clapham Woods have been associated with murder, mystery, paranormal phenomena, and a secret society called the Friends of Hecate. It was in 1972 that the mystery began. In June of that year, a police constable named Peter Goldsmith disappeared while walking through the woods. His body was not found for around six months, specifically on December 13. What makes this even more intriguing is the fact that two months before P.C. Goldsmith vanished, he had investigated the death of a woman who had been murdered in the very same woods. Two victims inextricably linked to one another.

And, as Martin Clemens goes on to reveal, "In July 1975, pensioner Leon Foster disappeared and was subsequently found three weeks later, by a couple who were searching for a horse in the wood, a horse that had also gone missing under mysterious circumstances. Next, on Halloween of 1978, the vicar of Clapham, the retired Reverend Harry Snelling went missing. His body was found three years later, by a Canadian tourist. Again, no cause of death could be identified."

It’s hardly surprising - as Toyne Newton reveals in his book - that Clapham Woods gained a reputation as a place filled with menace and mystery. In 1987, information surfaced suggesting that Clapham Woods was filled with something else too: a powerful and dangerous group – whose membership included elements of the British Government – called the Friends of Hecate. Of Hecate, Aaron J. Atsma says: “HEKATE (or Hecate) was the goddess of magic, witchcraft, the night, moon, ghosts and necromancy. She was the only child of the Titanes Perses and Asteria from whom she received her power over heaven, earth, and sea. Hekate assisted Demeter in her search for Persephone, guiding her through the night with flaming torches. After the mother-daughter reunion became she Persephone's minister and companion in Haides." 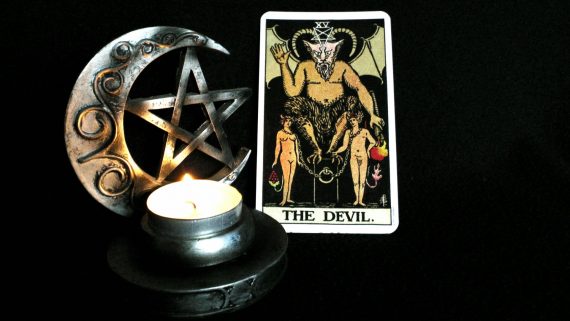 As for Newton, he described the Friends of Hekate as "a quasi-pagan British occult order." While the saga of the Friends of Hecate is steeped in intrigue and conspiracy, the unsettling story of dark and unsolved deaths in the heart of Clapham Woods has ensured that the legend of the group survives and thrives. But, there is far more to The Demonic Connection than the mystery of Clapham Woods. Newton digs deep into the world of Satanism - and those who practice it - in other parts of the U.K. Much of Newton's research is based around the notorious Hellfire Club, about which he says:

"As their basic activities were partially rooted in the heretic practices of the London Hellfire clubs of an earlier period – though the Medmenham Monks were far more dedicated to Luciferian worship than these earlier blasphemers who frequented London’s old taverns and they should not be confused with them – they were more commonly known as 'The Hellfire Club,' and the most notorious Satanists of their day." While some of the book feels like padding and filling, there's no doubting that Newton's book makes for absorbing reading. The author delves into such issues as psychic research undertaken by the former KGB, the world and history of the druids, and the highly controversial issue of what have become known as Ley Lines.

Part-detective story and part-historical study of dangerous groups and cults, The Demonic Connection is a book that, thirty years after it was published, still packs a punch and makes you ponder on what really does go on behind the scenes in the English countryside...

Study to Prove Human Mind Not Made of Matter