The Return of California’s Sea Serpent: A New Perspective on a Classic Mystery

Stories about sea monsters have long fascinated the human imagination, from salty sailors, to land-dwellers alike. Early legends of massive, writhing beasts of the deep have appeared in countless narratives of yore, with numerous cultures presenting their own rendition on the mysterious, and often massive serpents of the deep.

There are the more modern cases, too, which present the modern mind with a perplexing question: Could there actually be creatures in our oceans, perhaps of a monstrous variety, which have long been supposed to be the stuff of imagination?

Last month, I wrote an article here at Mysterious Universe which revisited an old (and even classic) American sea serpent sighting, which occurred near Stinson Beach, California. At the time, I had a number of questions about the incident, and some of the testimony involved. Fortunately, thanks to the efforts of a pair of researchers following stories of the alleged beast's existence off the California coast, I was put in touch with one of the witnesses recently, and given an opportunity to get further perspectives straight from the source (but more on that in a moment).

First, to briefly recap the incident in question: the observation of a large, snake-like marine animal was reported by California news agencies after a sighting that occurred on October 31, 1983, shortly after 2 PM. It involved a group of construction workers (I initially reported that there were five, but I now hear there were as many as nine on the job when this occurred). The workers observed a large creature swimming in the direction of Cliffside road, which they judged at the time to be around 100 feet in length. The creature appeared to be swimming approximately 100 yards off shore. A flagman working with the crew had a pair of binoculars in his possession, which the crew used to observe the creature. 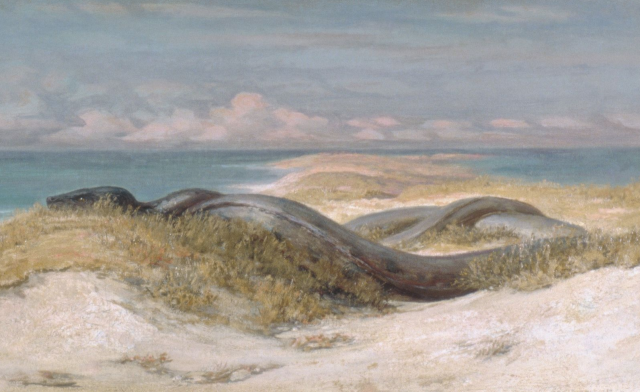 A large portion of my original article dealt with the testimony given by Marlene Martin, who had been an Inspector with the Construction Department for the California Department of Transportation (Caltrans) at the time. I had been confused by the fact that some of Marlene's testimony had apparently been attributed to her daughter; further, I will admit here (because I feel that I should) that the tone of my article came across sounding unnecessarily skeptical because of this.

With my posts here at Mysterious Universe, I often try to provide a bit of a skeptical counterpoint amidst my fellow authors (and let's be clear, there is no animosity because of this; we all, as writers for this site, try our best to present a wide range of material for our readers, and to offer fresh, and often differing perspectives on the issues we write about). In my opinion, there aren't enough websites that offer frequent news, views, and research into phenomenon that seems to fall "off the beaten path", and from a variety of perspectives and philosophical views relating to these subjects.

Hence, while I of course remain hopeful about the existence of creatures like the "sea serpents" of myth and folklore, I also try to remain grounded on the issue, and not dive head-first into belief, just for the sake of believing.

All that said, following publication of the article on the incident at Stinson Beach in 1983, a pair of west coast researchers named Bill and Bob Clark reached out to me, offering a few perspectives on the article, in addition to telling me that they hoped a correspondence could be arranged directly between Marlene Martin and me. Can you imagine my excitement, knowing that an opportunity to speak with one of the witnesses may linger just around the proverbial corner?

Understandably, Marlene was a bit hesitant to talk with me, but after agreeing to having Bill and Bob send along her email, I explained the issues that caused my confusion initially, and asked if she would be willing to give me her perspectives on some questions I had about the incident.

Fortunately for me, and for the readers here, she agreed to this, for which I am very grateful.

I was eager to ask Marlene about several characteristics pertaining to the creature she and the other members of the road crew saw back in 1983. One of the immediate issues that was cleared up had been why certain testimony seemed to be attributed to Marlene, while other aspects of her story were attributed to her daughter instead; at the time, Marlene mentioned that her supervisors at Caltrans had advised against speaking about it too much, but that she had gone home and told her children, "never to go in the water" down by Stinson Beach (and understandably so!). The following day, Marlene's daughter had gone back to the site where her mother had been the day before, looking for her mother to talk with her. Although Martin was not at the site at that time, a group of reporters had gathered, at which time Marlene's daughter apparently spoke to the press, albeit briefly, about the incident, and what her mother had told her.

With that minor issue cleared up, below I will feature my more pertinent questions, and the answers Marlene agreed to provide, which have not only clarified several points, but which I hope will also impart further information that Mysterious Universe readers will appreciate.

1) Do you recall if there had been anything similar to a crest, fin, hair or mane around the head or neck?

2) What color was the creature? Also, was it colored differently on top, and on the “underbelly” or lower portions of the neck?

"The color of the top of it was flat-black. I did not see the underbelly or any scales from up on the cliff where I was standing. The color resembled an inflated old, smooth, black tire tube or hose."

3) Would you liken this animal to being more like a reptile, or a mammal? (I recall you describing the teeth being similar to an alligator).

"We were taking turns watching through binoculars. I observed it through binoculars while it was further from the beach. It swung it's head upward and opened it's mouth "V shape" and I saw it's teeth that appeared to be sharp and all about the same size, like an alligators teeth. I did not see fangs. Keep in mind, I only saw the left side of it's head."

4) The late Matt Ratto (sorry to hear about his passing) described the creature as “flat-backed”, but there were also descriptions of humps. Do you recall what the creature’s back looked like as it swam?

"One of the Contractor's flagmen first saw something coming towards the beach and called on the two-way radio to tell us. Matt Ratto and I were standing next to each other and we started looking into the ocean for what the flagman was describing. I noticed the wake coming fast straight towards the beach, then I lost sight of it briefly (bushes were in the way) and I kept looking and saw it was directly down from where we were. It was slowly circling back out to sea ( made a U-turn) right in front of us! It was mostly under the water between the breakers at that point and I couldn't see any details other than the size of part of it's body and the color.

"Then he contractor's crew all gathered around us and we were all watching this creature and passing the binoculars to each other. We followed it as it headed out to sea and then it started splashing around and then seemed to be still for a time and that is when we saw the humps." 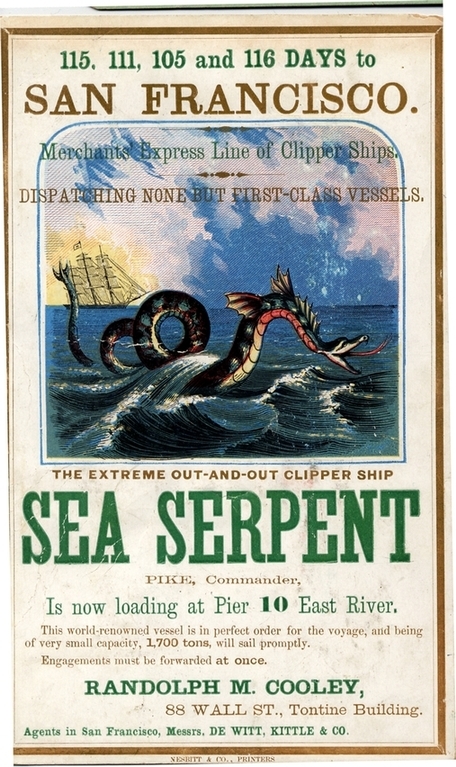 Following my correspondence with Marlene, I had a number of things to consider; though apart from the specific answers to my questions, there was much more information imparted to me privately in these correspondences both with Marlene, as well as Bill and Bob Clark, all of whom I wish to thank for reaching out about my article. Hence, this update is written with the hope that the new information presented here might not only vindicate Marlene's testimony somewhat (clarifying my own confusions about the narrative), but also help inspire interest among our readers in what could be the existence of a creature as-yet unknown to science.

There was one other thing, however, that stood out about what Marlene shared with me in our correspondence. Her final words, directly in relation to the creature she saw, and how that experience affected her, were as follows, which I will share verbatim as they were sent to me:

I think, at times, that even the most skeptical among us need to be challenged on our views, and perhaps more importantly, challenge ourselves to consider possibilities which may fall outside of consensus opinions about marine biology, or any number of other areas of scientific inquiry. Sure, I understand why it may seem very unlikely that creatures like giant "sea serpents" could ever exist, apart from those denizens of the deep which inhabited our oceans in ancient times. In contrast to this, it seems awfully funny that the existence of such creatures is ruled as impossibilities, despite that over the course of the history of our planet, time and time again there have been iterations of such creatures, existing on land, sea, and even by air.

In 2014, Timothy Essington, a professor of aquatic & fishery sciences at the University of Washington, told Gawker the following in relation to the possible existence of large, undiscovered marine beasts:

Given the vastness of the ocean, I would not be at all surprised if someday some intrepid explorer discovered some bizarre new form of sea life that we never thought possible. It might be some creature of enormous size, a radically new body design, or some unique way that it "makes a living."

Who knows... maybe there are still a few mysterious, and even monstrous discoveries to be had out there.