The Sun May Have Once Had an Evil Twin

A well-worn literary device is the ‘evil twin’ – an antagonist who has similar looks but dissimilar morals to a main character. The evil twin is considered to be a nemesis or archenemy to the hero or protagonist. It appears astronomers spend a lot of their daylight hours watching soap operas because a group in California claims that our Sun once had a twin that possibly caused of the extinction of the dinosaurs. That’s pretty evil, right? Moreover, these astronomers claim that EVERY star is born with a twin. How many soap operas do these people watch?

If this story sounds familiar and you’re not a soap opera fanatic, perhaps you’re heard of the Nemesis hypothesis proposed in 1984 by paleontologists David Raup and Jack Sepkoski. They noticed that the 12 known major extinction events on Earth occurred about once every 26 million years. That type of regularity suggest something external that happens on a periodic cycle. Building on their hypothesis, Richard Muller and other astronomers proposed that the Sun had an undetected non-identical twin about 1.5 light years away in a highly elliptical orbit that once every 26 million years knocked a comet from the Oort cloud that hit the Earth in an extinction-causing impact. 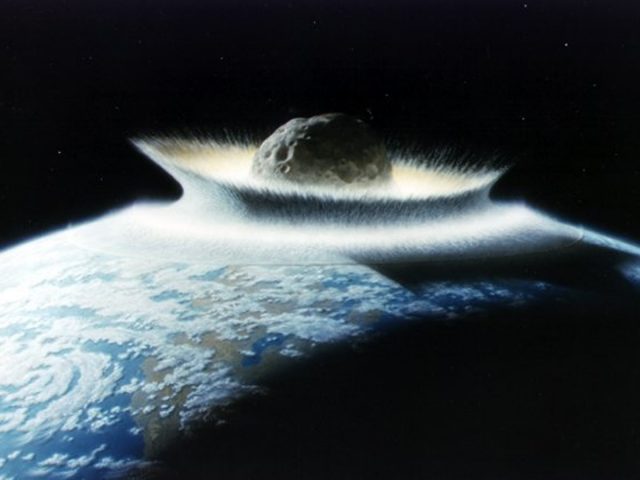 “Nonsense!” said everyone who pointed out that no one has ever seen this evil Sun twin. "We are saying, yes, there probably was a Nemesis, a long time ago," said UC Berkeley research astronomer Steven Stahler in a new study accepted for publication in the Monthly Notices of the Royal Astronomical Society.

"We ran a series of statistical models to see if we could account for the relative populations of young single stars and binaries of all separations in the Perseus molecular cloud, and the only model that could reproduce the data was one in which all stars form initially as wide binaries. These systems then either shrink or break apart within a million years."

The molecular cloud is a star nursery filled with recently-born stars (like a maternity ward in Hollywood) and the model shows that all of these sun-like babies have a twin, which either joins it in a sibling union such as a binary (or more, like Alpha Centauri) system or attempts to kill it and its planets like an evil twin and then flees.

Or something like that, says study co-author Sarah Sadavoy, a NASA Hubble fellow at the Smithsonian Astrophysical Observatory.

"This has not been seen before or tested, and is super interesting. We don't yet know quite what it means, but it isn't random and must say something about the way wide binaries form."

So the model proves that all stars are born binaries or perhaps even in a stellar litter. Plugging the Sun into the model, its twin was probably more than 500 astronomical units away, or 17 times farther from the sun than Neptune. Based on that, it ran away and is hiding somewhere in the Milky Way.

Did this evil twin cause any extinctions before it was written out of the script? It looks like we’ll just have to wait for the next episode of “As The Nemesis Turns.”

The Majestic 12 Documents Are Back…