The Supremacy of Scientism: Is Science the Only Legitimate Method of Gaining Knowledge?

Why are we here? Where do we come from?

These questions have been asked time and time again over the ages. During a now famous 2011 presentation in Herefordshire before Google’s Zeitgeist Conference, acclaimed physicist Sir Stephen Hawking asked these same questions, extrapolating on the "hows" and "whys" of modern science.

However, it was what followed thereafter which managed to arouse so much controversy. "Traditionally, " Hawking said, "these are questions for philosophy, but philosophy is dead. Philosophers have not kept up with modern developments in science. Particularly physics.”

Along with countless others, I have taken issue with this statement, though I wish to be clear, and precise, about why. First, I agree that philosophy has not managed to "keep up" with the rate of progress in relation to scientific advancements; this is particularly in relation to physics, but the same may also be said of other primary branches of science. Further, there is no better system, to date, that has reliably continued to further our knowledge of space, time, and the cosmos than the scientific method.

Where I differ with Hawking here is that, despite the obvious efficacy and reliability of science, I would nonetheless maintain that knowledge might be acquired from other areas of thought, and that, primarily, philosophy is still a useful tool in the acquisition and exploration of human knowledge.

Science, once considered (and perhaps still primarily) a division of philosophy first called “natural philosophy”, seeks to study and understand phenomena that occur in nature, with the aim of accounting for these phenomena with empirical data, gleaned observationally and/or experimentally, from which testable hypotheses are formed. This, for the time being, can serve as a general definition of science, and what it aims to achieve.

This differs from philosophy, which, defined in the broader sense, can be seen as the application of reason in the exploration of fundamental issues of concern to humankind; these might range from logic and thought itself, to symbolism and meaning of language, morality, or the nature of reality.

All of these things, of course, can be studied scientifically too (and hence, some argue that a fundamental difference between science and philosophy is a futile or needless argument). Then again, methodological practices are applied to a variety of disciplines, such as history, language, etc, which do not explicitly deal with what are considered “scientific disciplines.” Yet, these may nonetheless be considered scientific approaches to the acquisition of knowledge, at least in the broader sense.

Hawking, of course, isn't the only one that has made such statements. Chemist-turned-climate change advocate Bill Nye, despite his admirable positions toward educating the public on climate issues, has espoused similar attitudes about the irrelevance of philosophy, as seen in the video below:

Writing for Quartz, Olivia Goldhill wrote that, "The video, which made the entire US philosophy community collectively choke on its morning espresso, is hard to watch, because most of Nye’s statements are wrong. Not just kinda wrong, but deeply, ludicrously wrong. He merges together questions of consciousness and reality as though they’re one and the same topic, and completely misconstrues Descartes’ argument 'I think, therefore I am'—to mention just two of many examples."

Altogether, if scientists want to continue saying that "philosophy is dead", then I think it is only fair to ask what a philosopher thinks about this.

Having his credentials well-established now, let's look at what he has had to say about the assertion that philosophy is dead, as featured in an article at Psychology Today from back in 2009:

[A] common misconception is that philosophy, unlike science, doesn’t make progress. This is simply not true, unless one measures progress by the (scientific) standard of empirical discovery. But that would be like accusing the New York Yankees of never having won an NBA title: they can’t, they ain’t playing the same game. Philosophy makes progress because dialectical analysis generates compelling objections to a given position, which lead to either an improvement or the abandonment of said position, which is followed by more critical analysis of either the revised position or of the new one, and so on. For instance, ethical theories (moral philosophy), or theories about consciousness (philosophy of mind), or about the nature of science (philosophy of science), have steadily progressed so that no contemporary professional philosopher would consider herself a utilitarian in the original sense intended by Jeremy Bentham, or a Cartesian dualist, or a Popperian falsificationist — just in the same way in which no scientist today would defend Newtonian mechanics, or the original version of Darwin’s theory.

A summary of the above statement might entail that both science and philosophy have grown and changed since the day of Issac Newton. However, what we appear to see today are scientists judging philosophy by the standards of science, and in at least some cases, perhaps without a full understanding of modern philosophy and what it aims to achieve.

For me to point this out is not to say that I disagree with science, or question the scientific method: it is to highlight that while science (and scientists) are leading the way in terms of our progress as a species, a reasonable argument can, and I feel should be made, for the legitimacy of other forms of knowledge.

I recently contributed an essay to Robbie Graham's anthology UFOs: Reframing The Debate, which dealt with how, in my view, scientific thinking might improve the long-standing quagmire that is the study of unidentified flying objects. In that essay, I wrote that, "Modern skepticism can, I think, be summarized in many instances as an ideology, around which a social movement has been built — one that, today, also runs tangent with atheism — in addition to a paradoxically evangelical attitude about the supremacy of science above all other forms of knowledge." 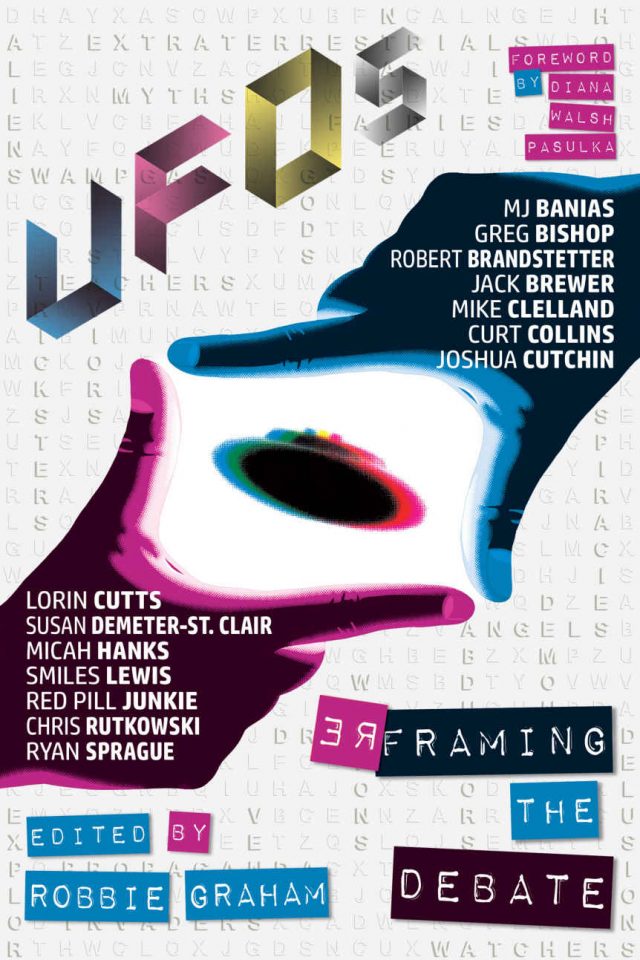 Granted, I don't think all skeptics--or all atheists, for that matter--are evangelical ideologues, who bow down at the altar of Scientism. Not by any means, in fact... but I do maintain that the kinds of attitudes we're seeing toward philosophy by certain members of the scientific community these days are rather unfounded, and perhaps even rooted in a bit of ignorance on the subject of philosophy in general (this seems to be especially the case with Bill Nye in the video we saw earlier).

I received a respectful critique on this statement, coming from someone I consider to be a very reasonable skeptic writer, named Eric Wojciechowski (with whom I hope to engage in further discussion and exchange of ideas, as I always appreciate views, even critical ones, when they are offered respectfully). Eric has made some fine contributions to SKEPTIC magazine, American Atheists magazine and Free Inquiry magazine in the past, and also contributes frequent political commentary at the blog Freedom Cocktail.

In his Amazon review of UFOs: Reframing the Debate, Eric took issue with my statement on the "supremacy of science", in an otherwise fairly supportive review of my essay, where he said the following:

"The only complaint I have with Hanks' contribution is the final section dealing with his problems of skepticism. He notes that those in the movement have an “evangelical attitude about the supremacy of science above all other forms of knowledge.” Well that's easy to answer. Because no other way of gathering information has come close to offering the same or better results of the scientific method. Revelations, dreams, ancient sacred texts, you name it. Only the scientific method, to date, has been the most accurate and self-correcting. However, I'm certain, should a new method arise producing better results, scientists will be the first to move on to it. What I think Hanks means to point out is there are members of the skeptical community who act more as debunkers than really look at the evidence. And he is right about that. That does need to change."

Again, I appreciate Eric's attitude, especially in that we appear to share concerns about a "skeptical community who act more as debunkers than really look at the evidence." This, however, is not the only thing I was attempting to express, as I've hopefully outlined throughout the earlier parts of this post. To clarify, I argue that modern scientists like Hawking, and a few others, disregard philosophy and other methods of acquiring knowledge, as though science were the only manner in which knowledge can be obtained.

As we've seen, I count Massimo Pigliucci among the many philosophers, and other commentators who share in my disagreement.

Again, the point here is not to say that philosophy is in some way "better" or more effective than science; I don't think this is the case, and in fact, I consider myself as much a scientific thinker as a person who attempts to apply logic and reason to issues at hand. Often, the two perspectives are very complimentary, if not mostly indistinguishable from one another. I also think that it's safe to argue that the scientific method is the very most useful means by which humans acquire knowledge... period. So let that be my firm statement on my views... no distrust for the scientific method here.

However, to say that one form of knowledge is "dead", as Hawking has alleged repeatedly in the past, is rather stunning. There is no need to shun one form of knowledge, in order to emphasize the importance of another. Science and philosophy can indeed coexist, and for those open to such ideas, we may even find them to be complimentary of one another.

So maybe in this case, we can have our proverbial cake, and eat it too.