Vampire Bats Are Killing Humans and Drinking Their Blood

When I woke up in the morning, I found the bed was wet. It had been raining overnight and I thought water had dripped in. But it was my blood. It was such a shock.

Blood on his sheets was just the beginning of Matheus Andrade’s problems. The resident of Salvador de Bahia on the central Atlantic coast of Brazil remembered something else.

I normally sleep with the windows and doors open and the bats flew in. I never felt any pain at all on both the nights I was bitten. But in my dreams, I did feel as if something had hooked itself onto my toe. 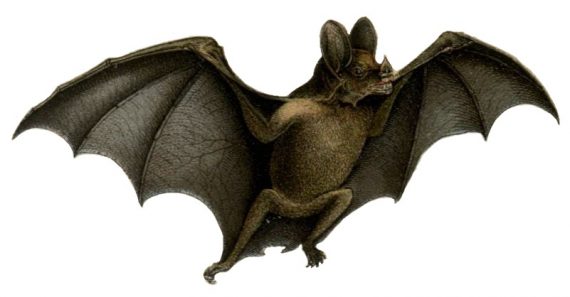 In January 2017, a new study revealed that – for the first time ever – researchers in Brazil discovered traces of human blood in DNA extracted from the feces of hairy-legged vampire bats. The study was conducted in the Catimbau National Park, which is nearly 700 km (430 miles) north of Salvador. They suspected the DNA came from bats feeding on the blood of humans living in the park after development drove out other mammals whose blood they prefer.

Now the human bloodsucking trait has spread south, with the added danger that some of the vampire bats are rabid. According to reports, Edivalson Francisco Souza, a farmer in nearby Paramirim, was bitten on the foot by a bat he stepped on. He didn’t see the bite at first, but knew something was wrong after suffering from headaches, nausea, severe anxiety and shortness of breath … the symptoms of rabies infection. Despite hospital treatment, it was too late to administer the vaccine and Souza became Brazil’s first rabies fatality since 2004.

Since March, reports of serious vampire bat bites are pouring into medical centers and disease control offices in Salvador, the capital of Bahia. Paramirim is farm country, where vampire bats normally live to take advantage of a large supply of warm-blooded farm animals and chickens. Why are they in an urban, cow-less city like Salvador? Aroldo Carneiro, head of Salvador’s rabies surveillance unit, has an answer:

We have detected shifts in bat behavior and a worrying increase in the population in the area. We believe this is due to deforestation and the destruction of caves, which forces the bats to migrate to the cities. ‘The city centre does not have the normal source of food for hematophagous beings (who feed on blood) such as horses and cattle. The Vampire bats must find an alternative to live so they bite dogs and cats, and when these aren’t available they turn to humans. 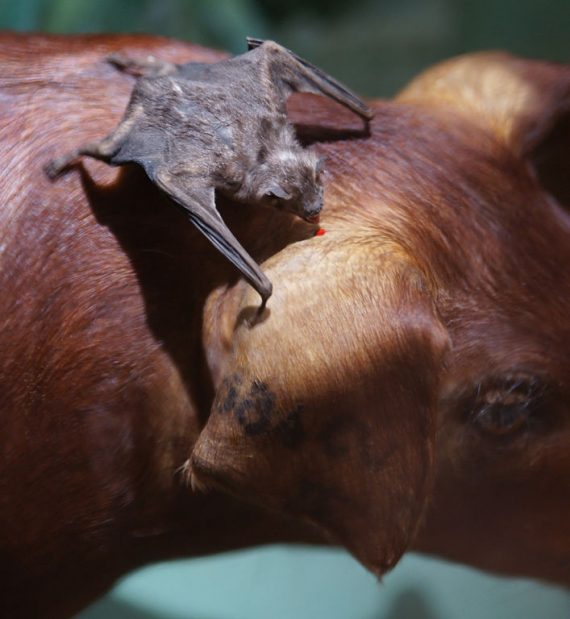 First dogs, then cats, then the cause of the problem -- humans. Health officials are taking a multi-pronged approach to avoid a rabies plague like that of 2005 in the northern Brazilian state of Maranhao, when 23 people died of rabies and over 1300 were treated. Anyone reportedly bitten in Salvador is put on 30-day rabies treatment. Meanwhile, disease control officers are out killing vampire bats.

Is it too late? Have the vampire bats from Catimbau National Park spread beyond Salvador? Have they passed their taste for human blood to their offspring? Ubaldina dos Santos, an 85-year-old resident of Bahia, is worried.

We’re trying not to panic. Everyone is living in fear of waking up and finding a vampire bat drinking their blood like Dracula.

We're witnessing "shifts in bat behavior." Is it time to panic?