“We Beheld The Frightful Monster”

In October 1907, a remarkable and terrifying encounter with a water-monster occurred on the Solimões das Águas, Colombia. The story came from a respected German explorer and adventurer, Franz Herrmann Schmidt, who, along with a companion, Captain Rudolph Pfleng, spent weeks exploring the wilder areas of Colombia, and in search of all things wild and wonderful. He certainly found them. Or, at least, one of them.

Twelve days into their trek along the river, Schmidt, Pfleng and their Indian guides reached a remote valley that was filed with thick vegetation and fed by a small, shallow lake. The entire team was excited, but also disturbed, to see a number of huge tracks leading to and from the lake – tracks that were unrecognizable as anything conventional. In addition, there was evidence that whatever left the tracks had been feeding on the leaves of certain trees that extended to heights of around fourteen feet. In other words, this was a formidable, huge creature.

The next day, something astounding occurred. As Schmidt, Pfleng and their guides negotiated the waters of the lake in canoes a sudden, loud crashing and splashing was heard coming from the direction of the thick vegetation on the bank to their right side. The guides, seemingly having some pre-existing awareness of the beast that lurked just out of sight, panicked and they furiously paddled their canoes away from the edge and towards the central portion of the lake. 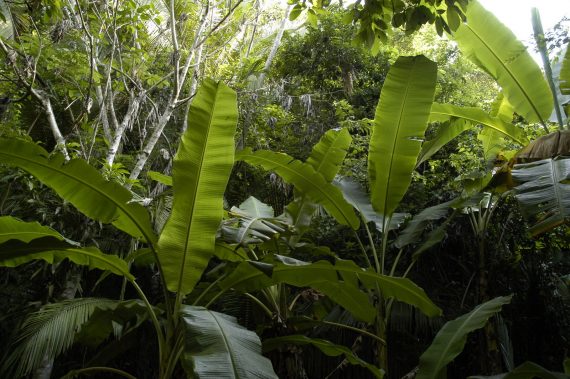 In Schmidt’s own words: “There was a sudden outcry among them, a large dark something half hidden among the branches shot up among them and there was a great commotion. One of the excited Indians began to paddle the boat away from the shore, and before we could stop him we were one hundred feet from the waterline. Now we could see nothing and the Indians absolutely refused to put in again, while neither Pfleng nor myself cared to lay down our rifles to paddle. There was a great waving of plants and a sound like heavy slaps of a great paddle, mingled with the cries of some of the monkeys moving rapidly away from the lake. One or two that were hurt or held fast wore shrieking close at hand, then their cries ceased. For a full ten minutes there was silence, then the green growth began to stir again, and coming back to the lake we beheld the frightful monster that I shall now describe.”

“Frightful” was a most apt word for Schmidt to use, as his following words make very clear: "The head appeared over bushes ten feet tall. It was about the size of a beer keg and was shaped like that of a tapir, as if the snout was used for pulling things or taking hold of them. The eyes were small and dull and set in like those of an alligator. Despite the half dried mud we could see that the neck, which was very snakelike, only thicker in proportion, as rough knotted like an alligator's sides rather than his back.

“Evidently the animal saw nothing odd in us, if he noticed us, and advanced till he was not more than one hundred and fifty feet away. We could see part of the body, which I should judge to have been eight or nine feet thick at the shoulders, if that word may be used, since there were no fore legs, only some great, heavy clawed flippers. The surface was like that of the neck. For a wonder the Indians did not bolt, but they seemed fascinated. 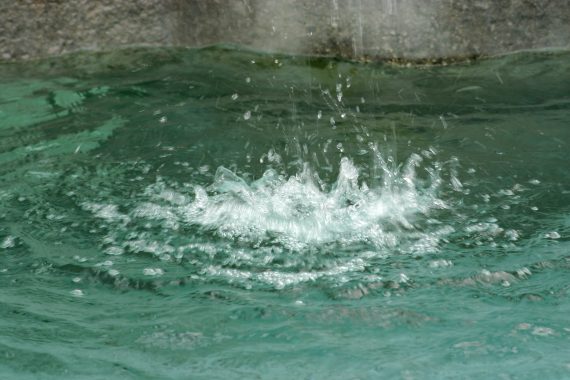 “The animal had remained perfectly still till now. It dropped its nose to the spot at which I had aimed and seemed to bite at it, but there was no blood or any sign of real hurt. As quickly as we could fire we pumped seven shots into it, and I believe all struck. They seemed to annoy the creature but not to work any injury. Suddenly it plunged forward in a silly, clumsy fashion. The Indians nearly upset the dugout getting away, and both Pfleng and I missed the sight as it entered the water. I was very anxious to see its hind legs, if it had any. I looked again only in time to see the last of it leave the land - a heavy blunt tail with rough horny lumps. The head was visible still, though the body was hidden by the splash. From this instant's opportunity I should say that the creature was thirty-five feet long, with at least twelve of this devoted to head and neck.

“In three seconds there was nothing to be seen except the waves of the muddy water, the movements of the waterside growth and a monkey with its hind parts useless hauling himself up a tree top. As the Indians paddled frantically away I put a bullet through the poor thing to let it out of its misery. We had not gone a hundred yards before Pfleng called to me and pointed to the right.

“Above the water an eighth of a mile away appeared the head and neck of the monster. It must have dived and gone right under us. After a few seconds’ gaze it began to swim toward us, and as our bullets seemed to have no effect we took to flight in earnest. Losing sight of it behind an island, we did not pick it up again and were just as well pleased.”

Whatever the true identity of the monster, it eludes us today, just as it did Schmidt and Pfleng back in 1907.