The Martian government was directed by ten men, the leader of whom was elected by universal suffrage for five years and entitled "Elon." Two houses of Parliament enacted the laws to be administered by the Elon and his cabinet.

Elon … Elon … that name sounds familiar. So does the connection to Mars. Where have we heard of this Mars-linked being named Elon before? If you said, “In Wernher von Braun’s 1949 book, Project Mars: A Technical Tale," you win a Mars bar. According to a post in The Daily Grail, the former Nazi and NASA rocket engineer wrote a novel about a massive 1980s project to colonize Mars which discovered that Mars was already inhabited by an advanced civilization and the leader of the Martian government was given the title: Elon. Was this a coincidence or was von Braun predicting within a few decades the rise of Elon Musk, today’s promoter and planner of massive Mars missions and colonization? 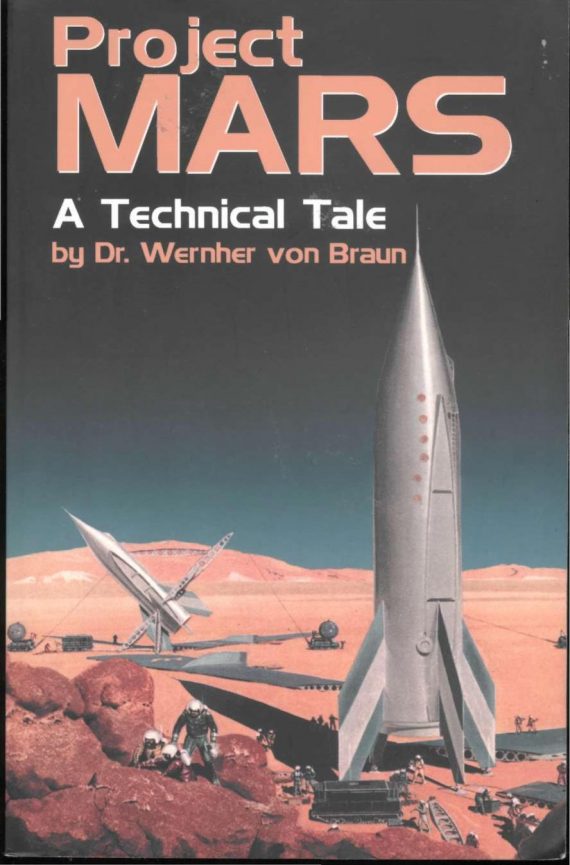 Wernher von Braun wrote the novel (available from booksellers and online) after the end of World War II and his conversion from Nazi to American rocket designer. It’s often confused with his later non-fiction work, The Mars Project, in which he laid out initial plans for a manned mission to Mars using 10 spacecraft with a space station as a staging point. The novel describes a much larger fleet and includes an orbiting space telescope which discovers that the canals on Mars are real, meaning the planet may have life. The novel also points out that the mission was possible because the world of the 1980s had one ruling government after the U.S. defeated Russia in World War III. Ah, fiction.

The novel included many innovations that eventually became reality – solar cells, handheld devices for maneuvering on spacewalks – while describing rocket travel in accurate detail (according to experts) and talking about the dangers of cosmic rays.

The name ‘Elon’ has biblical roots – three men and a city have it in the Old Testament. In Hebrew, it means “grove of oak trees” and implies sturdiness. Was von Braun using an oak-like 'sturdy' government leader in the book to predict someone who may help plant the first tree on Mars? ‘Elon’ is also an African name which means “god loves me” and an African-American name meaning “spirit.” Elon Musk was born in … here it comes … South Africa! Was von Braun using an African name to predict an African Mars pioneer?

Maybe. Or it could just be a very interesting coincidence.