Why Didn’t “The Aliens” Recover The Roswell Wreckage?

As a kind of follow-up to my previous article on the new and highly dubious Majestic 12 documents and the Roswell affair, I thought I would share with you something that we should all ponder on. It's a very important issue that few people ever think about when it comes to the crash of the whatever-it-was that came down on the Foster Ranch, Lincoln County, New Mexico in July 1947. It is, however, an issue that gets right to the very heart of the incident and the matter of what did or did not happen. It goes like this...

If the debris - and possibly bodies and a somewhat intact craft - recovered outside of Roswell, New Mexico in the summer of 1947 had extra-terrestrial origins, then why did the aliens' comrades fail to attempt to recover the priceless materials before elements of the U.S. military appeared on the scene? Why did they let it fall into our hands? They are questions that certainly should be addressed.

After all, even a cursory study of UFO history reveals that aliens (particularly so in "alien abduction" cases) are supposedly able to walk through walls and doors. They reportedly abduct people against their will and then return them to their homes without being caught in the act. They steal and / or mutilate cattle right under the noses of outraged farmers, and they traverse the universe with ease. They are even said to have snatched military and private aircraft in flight – planes and crews that have never been seen again. The 1953 affair of Karl Hunrath and Wilbur Wilkinson, and the 1978 incident involving Frederick Valentich, are perfect examples. 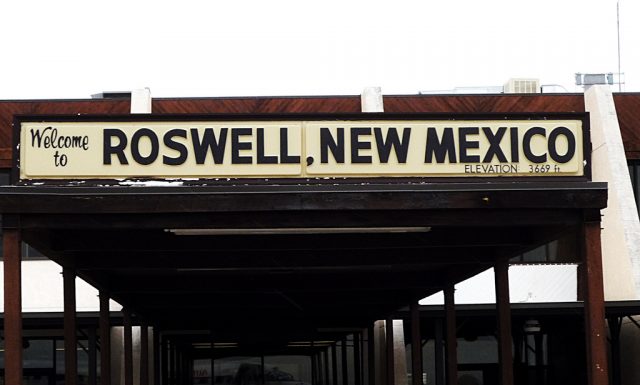 So, in light of all their incredible and unearthly skills, why weren’t the assumed aliens able to scoop up a few bodies and a bunch of scattered debris from an isolated ranch in New Mexico? After all, it’s hardly as if everything took place in Times Square with thousands of amazed onlookers crowding around. This thought-provoking issue has also been addressed by Canadian film-maker Paul Kimball, who says the following: "...surely they would have moved to recover any crashed excursion module as quickly as possible, a process which, considering the advanced technology that the aliens must possess in order to get ‘here’ from ‘there’ is something that they would have accomplished before Mack Brazel discovered the debris field and then alerted the military, even if that involved simply disintegrating the debris field so as to leave no trace behind of the crash."

If E.T.s did crash on the Foster Ranch almost 70 years ago, then a number of possibilities spring to mind:

(A) The aliens wanted to introduce themselves to us in the form of a staged-crash, and as vulnerable, mortal beings, to whom we could possibly relate, and without being confronted by an infinitely advanced intelligence that might blow our minds.

(B) The event was the result of a "Trojan Horse"-style scenario - also staged by the other-worldly ones, but for far more sinister purposes, such as perhaps attempting to expose us to deadly alien viruses, but in a seemingly innocent and accidental fashion.

(C) The aliens, far away from home, may not actually have been too far in advance of us - perhaps a century or so - and simply didn’t have the adequate resources and reserves at-hand to engage in a hasty retrieval. Possible, though the evidence suggests the true UFO phenomenon is millennia in front of us – probably more. 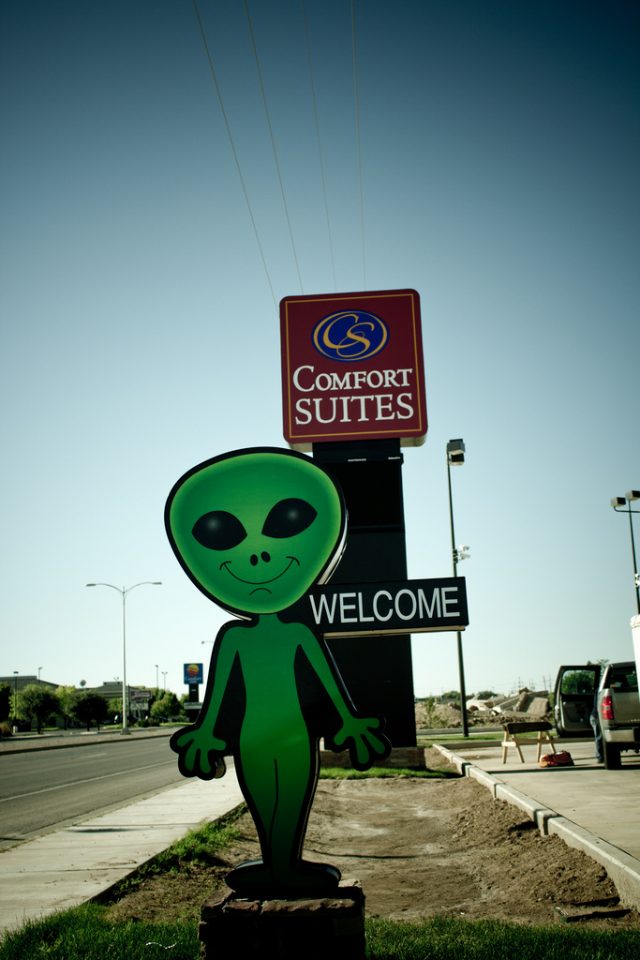 There is, of course, another theory. In my view, it a far more probable and likely one. Aliens didn’t try and recover the Roswell wreckage because...what happened at Roswell didn’t involve aliens...