Humans may be masters of their Internet domains for now, but there’s no time to be complacent. An artificial intelligence computer program just defeated a grand master at the exceedingly complex game of Go, impressing even IBM’s Watson who won a match against humans on Jeopardy!. What human game will AI conquer next? Poker? Starcraft? Play them while you can because experts predict AI will master all human games by 2030 and outperform us in all tasks by 2060. Do we bow down or start unplugging?

In a new survey conducted by researchers (not computers … yet) at the University of Oxford’s Future of Humanity Institute, 1,634 top AI researchers were asked to predict (no AI programs … yet) when the abilities of intelligent machines would surpass humans at various tasks. Only 352 responded (were the rest afraid we couldn’t handle the truth?) and the results were presented in a paper published in late May. 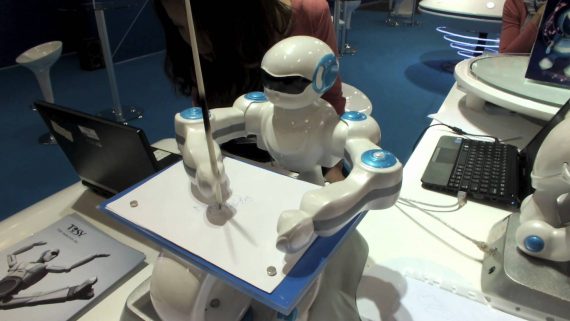 Let’s get to the numbers. The exerts predicted that AI will win at StarCraft in six years and master all Atari games in nine. AI machines will be driving trucks by 2027, master language translation by 2024 (Google Translate may disagree), crank out best-selling novels by 2049 (the only horror that actually scares Stephen King), perform surgery by 2053 and even write A-worthy high school essays by 2026. Warning to future students: if you‘re lazy enough to let a computer write your essays, the other stuff will happen much sooner.

Will these predictions be accurate? Haven’t you learned not to trust polls? The survey was conducted in 2015 and at that time the respondents predicted that a computer would defeat a human at Go in 2027 – something that already happened in 2017. It looks like those brave enough to make predictions may have been too conservative. Did the non-respondents see the truth and opt instead to update their resumes or learn a new non-AI skill like cooking hamburgers? Too late – that one is being done by machines already.

The tasks AI is mastering are narrow and well-defined. As it moves up the complexity ladder, emotional intelligence and social interaction may be the biggest hurdles. While sheer speed in analyzing moves helps win at chess and Go, AI would need more to master a role-playing game like Dungeons & Dragons. Surgery requires decision-making as well as physical skills, but can AI master psychology or psychiatry? Even AI truck drivers will be faced with moral dilemmas --- hit the school bus or the little old lady crossing the street? Perhaps this is why the experts pushed their prediction of total mastery of all human jobs out 120 years.

That’s a relief. Then again … they were wrong about Go. Can we handle the truth?